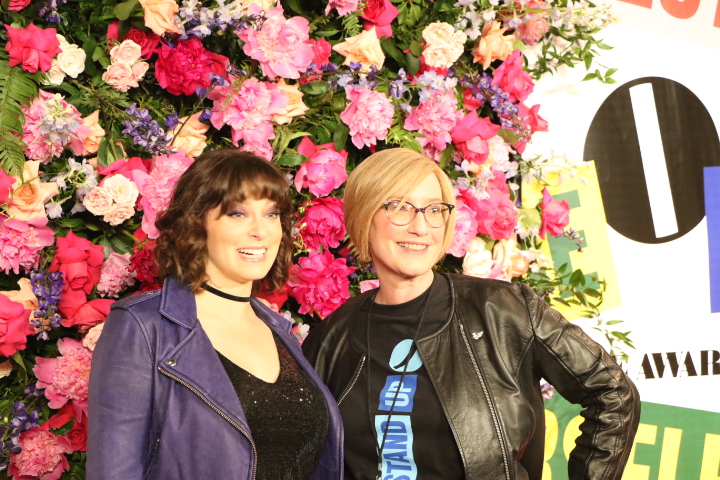 64th Annual Obie Awards were announced last night at a ceremony that recognize Off and Off Off Broadway productions.

Hosted by Crazy Ex-Girlfriend creator and star Rachel Bloom, the Obie’s were created in 1955 by The Village Voice and have been taken over by The American Theatre Wing.

Did you know seven suffragettes—all women of the theatre—in 1917 came together to form an organization called The Stage Women’s War Relief dedicated to supporting the troops. These woman raised more than seven million dollars for American soldiers. In 1940, Antoinette Perry picked up where the Stage Women’s War Relief left off, renaming the effort the American Theatre Wing. The Wing donated $75,000 dollars to the USO for entertainment for troops overseas while sparking excitement for theatre back home. Most of the money Antoinette Perry used to help this organization came from gambling.

We asked the off Broadway stars who walked the red carpet, what their most inspirational play was this year off or off off Broadway and it was a tie. One of them was Heidi Schreck’s What the Constitution Means to Me. Now it has received the 2019 Obie Award for Best New American Play. A 2019 Pulitzer Prize finalist, What the Constitution Means to Me is also nominated for two Tony Awards, one for Best Play and another Best Leading Actress/Play. Originally starting at The New York Theatre Workshop the show transfers to the Helen Hayes Theatre on Broadway.

The Obie’s, were announced at a ceremony that recognize Off and Off Off Broadway productions.

Here are the winners of the 64th annual Obie Awards: