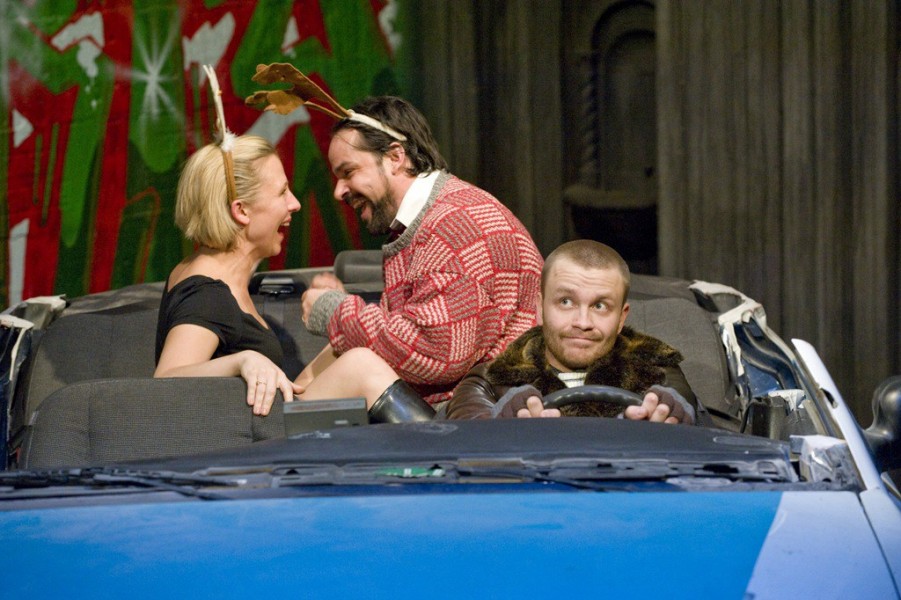 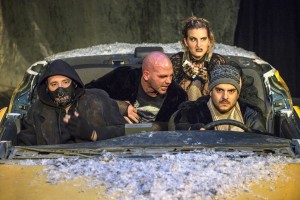 In a crowded holiday theater season, I finally made time for the gritty dark comedy Hellcab. I highly recommend you do the same. Free of the clichéd sentiment and saccharine sweet schmaltz that plague many a holiday showcase, playwright Will Kern drew from his own personal experiences as a former cab driver to create this startling, hilarious and, at times, poignant journey of a Chicago cabbie and the cornucopia of people who cross his path. This urban seasonal tale, set in a single 12 hour shift, will appeal to anyone who has ever had the unique shared experience of hailing a cab on a cold and blustery Chicago winter’s day. The red hot laughs abound and are more than enough to melt any polar vortex cold mother nature could toss our way. Directed by Eric Burgher, the cast includes 33 diverse actors in roles that last just a few minutes. Each making their mark on the audience and in the life of the cabbie with just a few lines of biting dialog. First produced as a late-night show in 1992, Hellcab has been part of the Chicago holiday landscape ever since. For the fourth consecutive year, Profiles remounts this brisk, 90 minute, innovative play as counter-programming for the holidays. 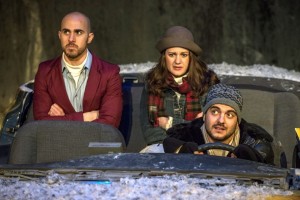 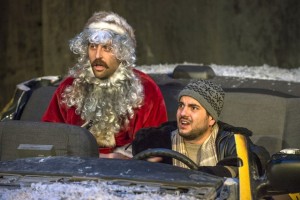 Katie-Bell Springmann grungy set design impresses. The cab is a real car shell, with the top sawed off so the captivated audience misses nothing. The dilapidated automobile, peeling paint, snow & graffiti covered corners, and a failing heat system, very much a reality of the urban jungle that is Chicago. Raquel Adorno’s real world costumes resonate as well.  When a character only has three to five minutes of stage time, the clothes absolutely aid in making an impression and in getting the characters message across. Clair Chrzan’s lighting also impresses. I am a little surprised it has taken me this long to discover the warped gem that is Hellcab. Tenacious, gritty, affecting and surprisingly real, Hellcab is a holiday treat to be enjoyed by an adult audience.  Like an egg nog laced with rum and Ecstasy, this is not a treat for the kiddos.   Set aside your Christmas shopping and forget about familial obligations for a night. Just treat yourself to the twisted ride and side-splitting antics that is Hellcab. 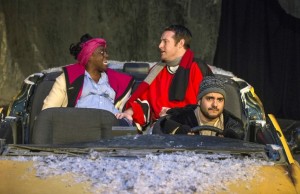 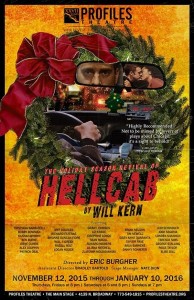 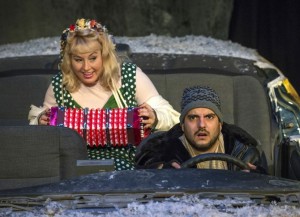 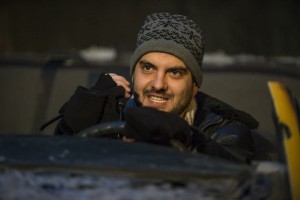