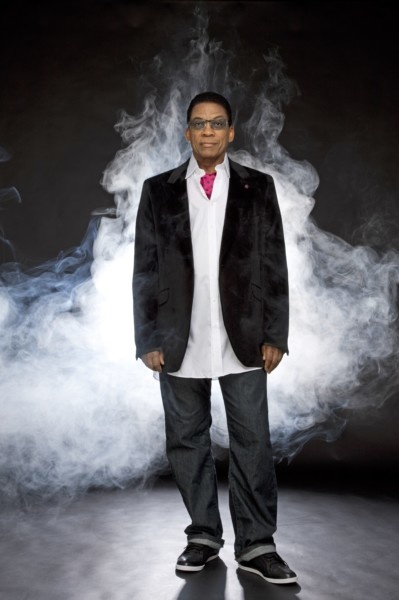 Legendary pianist and composer Herbie Hancock will perform at the Beacon Theatre on Thursday, August 1 at 7:30PM.

An all-star band featuring Vinnie Colaiuta on drums, James Genus on bass, Lionel Loueke on guitar and multi-instrumentalist Terrace Martin will accompany Hancock as fans are treated to a taste of Hancock’s highly-anticipated new album, a project that has been in the works for several years, along with music from throughout his celebrated career.

Now in the sixth decade of his professional life, Herbie Hancock remains where he has always been: at the forefront of world culture, technology, business and music. In addition to being recognized as a legendary pianist and composer, Herbie Hancock has been an integral part of every popular music movement since the 1960’s. Hancock received an Academy Award for his Round Midnight film score and 14 Grammy Awards, including Album Of The Year for “River: The Joni Letters.” He currently serves as Creative Chair for Jazz for the Los Angeles Philharmonic and as Institute Chairman of the Herbie Hancock Institute of Jazz. In 2011 Hancock was named a UNESCO Goodwill Ambassador by UNESCO Director-General Irina Bokova, received a Kennedy Center Honors Award in 2013 and a Grammy Award for Lifetime Achievement in 2016. His memoirs, Herbie Hancock: Possibilities, have been published by Viking.