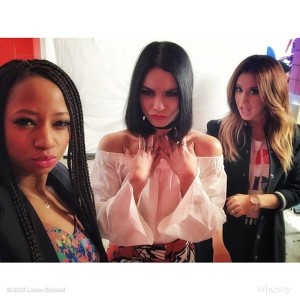 The original cast of the Disney Channel smash hit High School Musical movie, are celebrating their 10th anniversary. They will be doing it all on camera. The eternally youthful cast is headed back to high school for a special telecast of the movie, which will air Wednesday. Missing will be Zac Efron who isn’t available to join Vanessa Hudgens, Ashley Tisdale, Lucas Grabeel, Corbin Bleu and Monique Coleman for the telecast, but he will be appearing in a pre-taped message for the fans.

The special will air January 20th at 8 p.m. ET on Disney Channel.