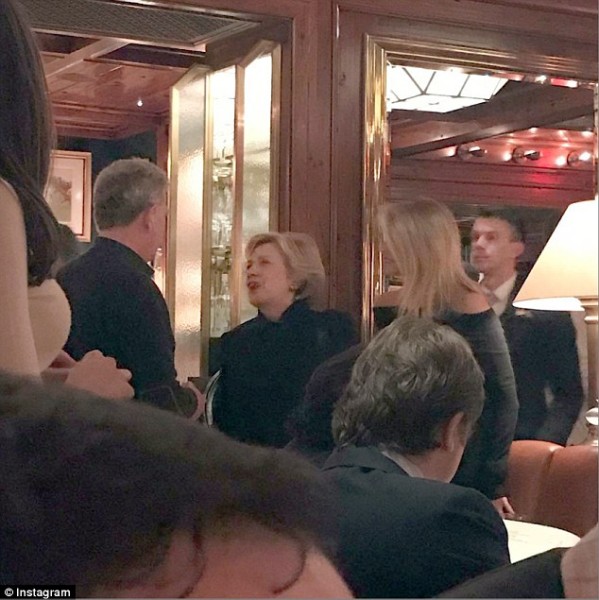 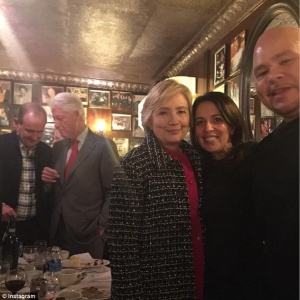 Hillary and Bill Clinton have been out and about and tonight she will cause traffic woes. On Tuesday Ms. Clinton headed to the 119-year-old family-owned East Harlem institution, Rao’s where she took pictures with rapper Fat Joe and cosmetic dentist Mojgan Fajiram. On Wednesday night she managed to get a reservation at Ralph Lauren’s exclusive restaurant The Polo Bar, where model Christie Brinkley also was attending. Lauren created several suits for Clinton. 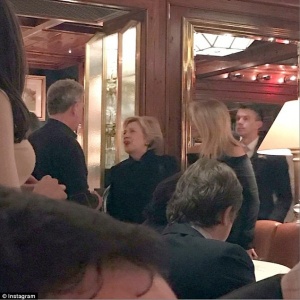 President elect Donald Trump also celebrated at both establishments. in June, The Donald celebrated his 70th birthday at Rao’s and in September 2015, the billionaire businessman planned a date night with Melania The Polo Bar.

Tonight you either want to stay away from The Plaza if you hate gridlock and politics as the Clinton’s are having their holiday party at the beloved hotel. The party is  a thank you to those who contributed  millions to Clinton’s campaign, though several donators were left off the list due to space. 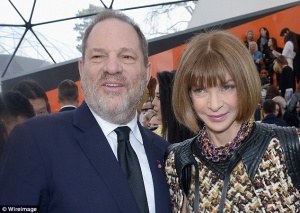 Attendee’s will include Hollywood mogul and producer Harvey Weinstein, Vogue editor Anna Wintour, designer Tory Burch, investor Alan Patricof and billionaire hedge-fund manager Marc Lasry. They rank high on the list because not only did they donated, but also hosted fundraising events for the campaign.

Wintour also used her position to have Vogue formally endorse Clinton for president.

This will be another expensive Clinton adventure as the 4,800 square foot Grand Ballroom $12,000 and that does not include food or drinks. The  event will cost well over $100,000 to possibly $1million.

The beaux-arts style ballroom is where Truman Capote held his famed Black & White Ball, Donald Trump and Marla Maples held their wedding reception, back when Trump owned the hotel.

Ironically the site is just the street from Trump Towers.

The party, was orginally scheduled for December 19th at the Irving Plaza, with a guest list of over one thousand, however the couple chose to cancel their party instead. The orginal cancellation notice stated “We envisioned an extra-cheerful celebration of Hillary Clinton’s presidency […] Alas, Election Day did not go as we’d hoped. So it’s with deep regret that we are canceling this year’s party.”

Who backers bulked the party was back on, only smaller in scale. 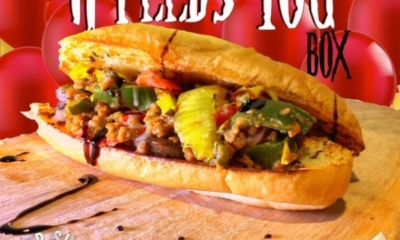 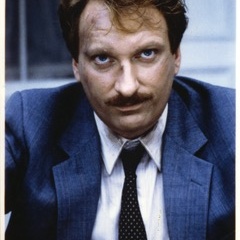 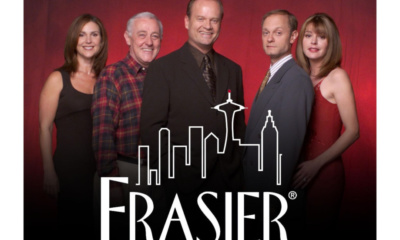 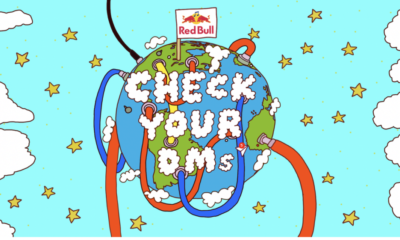