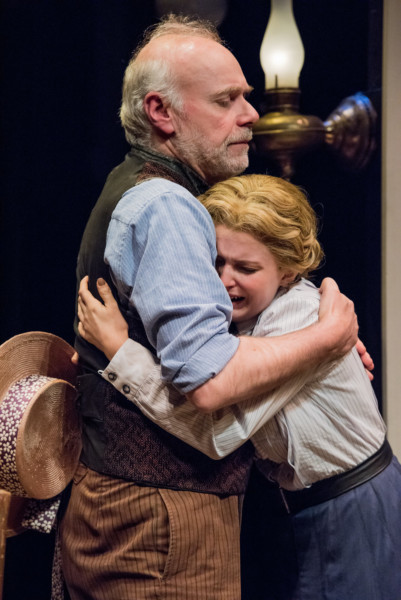 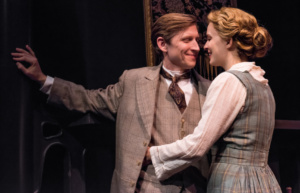 Stanley Houghton’s Hindle Wakesis a century-old British play being given a new life, thanks to The Mint Theatre. This play celebrates a woman standing up for her rights, despite society’s claim on her.  Themes such as class, ethics, and morality enter into the fray as two families try to do what’s right despite the consequences. 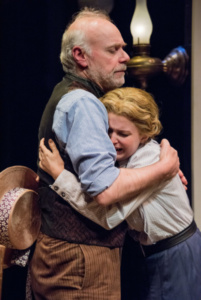 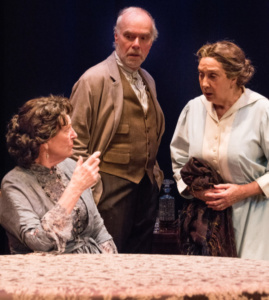 The time is 1912 and a holiday week has passed in Hindle, a milling town in Lancashire, England. Fanny Hawthorn’s (Rebecca Noelle Brinkley) parents are waiting for her, knowing their child has lied when she said she was holidaying at the seashore with her girlfriend. Fanny has run into and run off for a tryst with Alan Jeffcote (Jeremy Beck), the mill owner’s son. Alan is already engaged in an advantageous marriage to Beatrice (Emma Geer). This was just a lark for Alan and Fanny and was never meant to be more. However, both their parents see it differently. Alan’s father (Jonathan Hogan) and Fanny’s (Ken Marks) father were childhood friends and want the best for their children, but due to society, that means arranging a marriage. Beatrice’s father, Farrar (Brian Reddy), and Alan’s mother (Jill Tanner) see that as paying the girl off, but Fanny’s mother (Sandra Shipley) will have none of that. When Alan’s father refuses an issue of money stills Beatrice’s father. Beatrice, who loves Alan, forgives him, but cannot marry him as she feels Fanny now has the claim due to religious beliefs. As women are struggling for the vote, gaining it in part in 1918, will Fanny be allowed to have her own vote in this resolution? 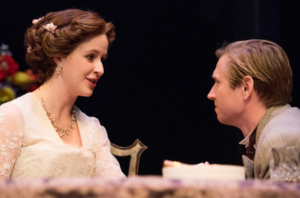 The cast is uniformly good with Rebecca Noelle Brinkley perfectly representing the modern freethinking woman, as in contrast to Emma Geer’s repressed woman of the time. Both give pause to who and what they represent. It is always lovely to see Jonathan Hogan’s eloquent work on stage. 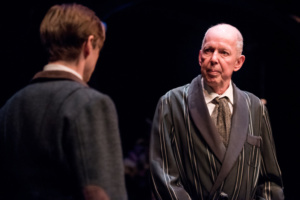 Gus Kaikkonen’s direction allows the time period to speak for itself. The sets by Charles Morgan, lighting by Christian DeAngelis, costumes by Sam Fleming and sound and original music by Jane Shaw are all done to perfection as always. 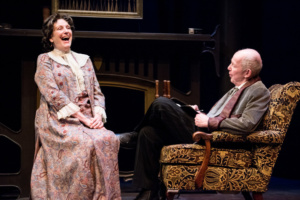 The Mint Theater Company keeps upping their game and their shows keep getting better and better. This is a company to buy season tickets for and keep alive as the past always comes back around to teach us profound lessons. 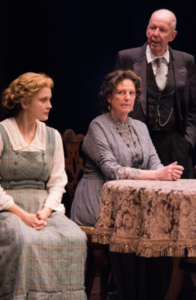