History Into Theater: A Man For All Seasons 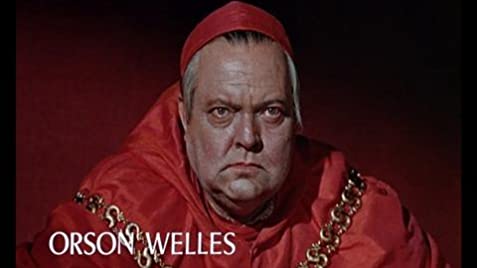 History Into Theater: A Man For All Seasons

By Emily Schmitt and Steve Rosenthal

In early October, the Broadway League announced yet another extension to the ongoing shutdown of New York City theaters. In a move unimaginable in the pre-COVID era, the League promised that Broadway would remain dark until at least the end of May 2021, leaving thousands of theater artists out of work and the theatrical capital of the United States bereft of its signature art form. Theater, including at the highest levels, has always operated on a slim financial margin, with four out of five Broadway shows failing to break even under normal circumstances. The prospect of opening theaters at a limited capacity, even if it could be done safely, is simply unfeasible barring extensive government support.

Widespread theatrical closings have lead many theater artists to explore new mediums. Plays are being reimagined for digital consumption, either as web-series, TV pilots, or the still unrefined medium of the “Zoom Play.” Of course, adaption is nothing new in the theatrical world. Great stories have always migrated from platform to platform in search of new audiences and new interpretations. By examining how this process has taken place in the past, we can learn more about how it can be accomplished today.

History Into Theater is an online database of historical fiction dramas coupled with educational materials designed as a tool for studying history through a theatrical lens. We’re also delving into the history of adaptation, and process through which stories have evolved throughout time. One such tale is A Man For All Seasons, by Robert Oxton Bolt.

A Man for All Seasons was originally conceived as a BBC radio drama. First airing in 1954, the script was based on historical events that led up to the beheading of Sir Thomas More, the 16th century Chancellor of England. He is portrayed as a man of the people, beloved by his family and envied by the shadowy Oliver Cromwell. His crime was to refuse to endorse the divorce desired by King Henry VIII from his wife, Catherine of Aaragon. Her offense to the Regent was her inability to bear him a son. He wanted to marry the sister of his former mistress, Ann Boleyn. Although the story featured well-known historical figures and events, the characterizations were powerful. Bolt managed to pull complex, human portraits from the historical cannon. And, although he lived centuries before, Thomas More’s moral rigor despite personal struggle resonated deeply with the 1950’s audience.

In 1957, a live one-hour version was adapted for BBC television. It starred Bernard Hepton. The piece was adapted again for the stage and opened at the Globe Theatre (Now the Gielgud) on July 1, 1960. It starred Paul Scofield as More and had a successful run. Scofield would reprise the role on Broadway, opening on November 22, 1961 after just one preview. The production would go on to win a Tony and run for 631 performances.

The most famous iteration, however, is the 1968 film. Adapted for the screen by Bolt, it would again star Scofield as More. It was directed by Fred Zinnemann, who would also helm classics such as High Noon. The film also starred Orson Welles and Leo McKern. On Oscar night, it would take home best picture, screenplay, director and best actor. Finally, in 1988, the tale was done as a television movie starring Charlton Heston and Vanessa Redgrave.

In every version of the story, audiences looked for hope and a narrative of moral certitude in increasingly complex times. From the rigid 1950’s through the turbulent 60’s, 70’s, and 80’s, the tale developed new meaning. Today, it remains a beloved classic.

Check out historyintotheater.com for a unique way to experience history and performance.