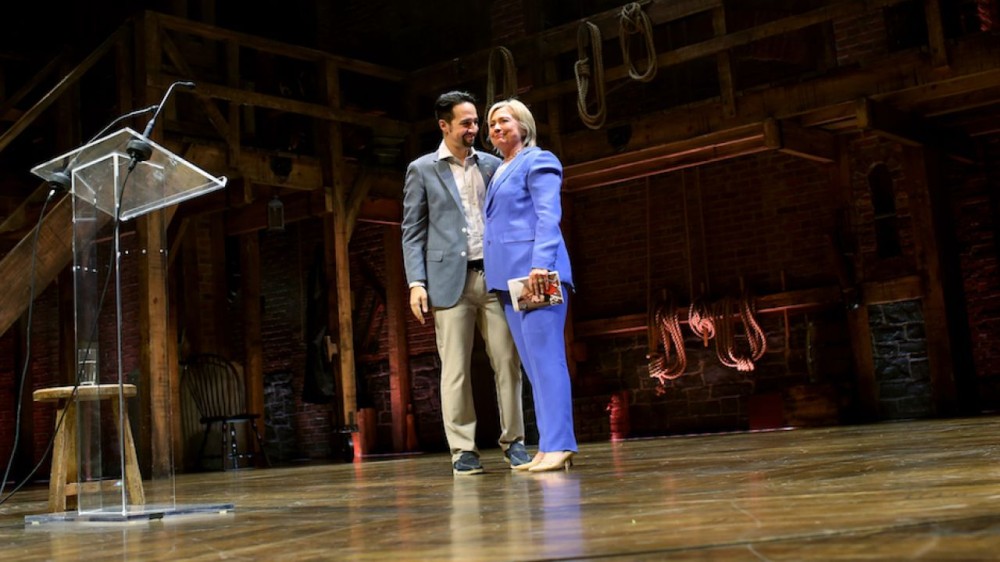 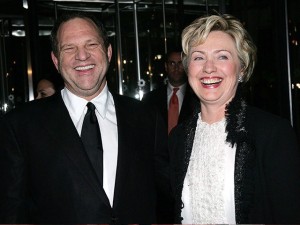 Chelsea Clinton will be in attendance at the event, which will be directed by Michael Mayer and includes musical direction by Seth Rudetsky. John Guare will serve as script consultant, and Diane Paulus as a special consultant.

Tickets are available from $45 for young professionals to $10,000  with a top tier $100,000 price tag for four premium orchestra tickets and an invite to the backstage party. Proceeds will benefit the Hillary Victory Fund.

What makes the October event interesting and politically awkward is that St. James owner Roth’s father is one of the ex-Celebrity Apprentice host’s closest advisors. Trump was a guest at the wedding of the younger Roth to fellow Stronger Together producer Jackson.  Trump’s economic policy team would included Vector Group’s Howard Lorber, Vornado Realty Trust’s Steven Roth and Colony Capital founder Tom Barrack. 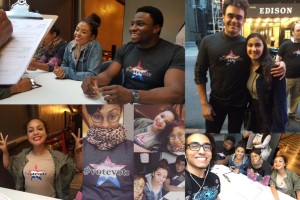 Hamilton cast member also hosted a voter registration at the theater from 5:15 to 7:15 pm on Saturday, Oct. 1st. National voter registration for voters from all 50 states was conducted by members of the cast  on Wednesday, September 28 and again on Saturday, October 1 at the Richard Rodgers Theatre (226 W. 46 St. NYC), where  Hamilton  performs. Hamilton producer Jeffrey Seller remarks, “Voting honors our democracy; honors our founding fathers; and honors the spirit of our show.  We want to do our part to help all citizens participate in an election that will deeply affect the direction of our country.”