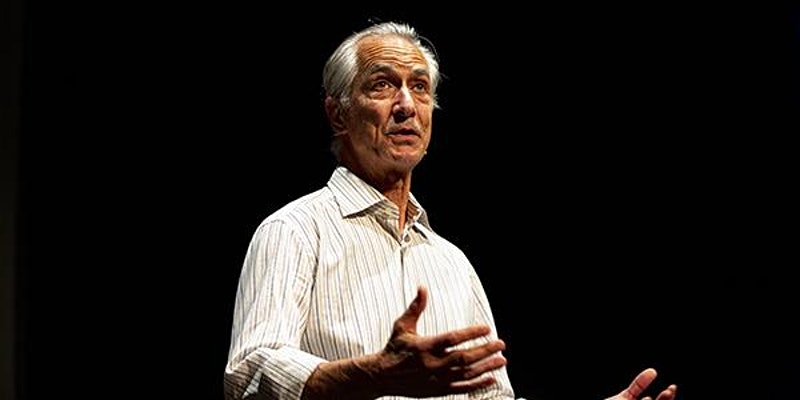 The National Jewish Theater Foundation (NJTF) – Holocaust Theater International Initiative (HTII) Remembrance Readings, in association with the New York Library for the Performing Arts, is honoring International Holocaust Remembrance Day, 1/27/2021 at 5:30pm, by showcasing the Laboratory for Global Performance and Politics original production of Remember This: The Lesson of Jan Karski, starring Oscar-Nominated actor David Strathairn.
The event streams free, but tickets must be reserved in advance through

A courier for the Polish Underground, Karski volunteered at great risk to carry eyewitness reports of the destruction of the Jewish people of Poland to the Free World.  From the underground tracks of Polish resistance to the despair of the Warsaw Ghetto and Nazi camps, to the Oval Office, this work explores and celebrates the complex life and legacy of a witness, spy, diplomat, hero, and Georgetown University Professor who overcame overwhelming odds to “shake the conscience of the world” – connecting his belief in humanity, even in the darkest times, to our present moment.
“We are living in times when studies indicate that the memory and knowledge of the Holocaust is lessening.  Unfortunately, this coincides with the passing of living survivors.  Civilization will be profoundly and negatively affected if the causes of this man-made tragedy are not understood in the context of today’s world.  By researching, educating, and performing Holocaust-related theater, we utilize our talents to alter this course of events,” said Arnold Mittelman, NJTF President and Director of NJTF Holocaust Theater International Initiative at University of Miami Miller Center, describing the importance of events like this presentation in preserving the history of the Holocaust.

Performance excerpts will be followed by a discussion with the creative team, moderated by Arnold Mittelman, about the theatrical production, the forthcoming film, and the Lab’s related educational platform Bearing Witness: The Legacy of Jan Karski Today.

Launched in 2015 by NJTF HTII, Remembrance Play Readings are annual international events that invite Holocaust organizations, theater companies, libraries, schools and universities, places of worship, JCCs, educators, artists, and the general public to use the power of theater to commemorate the Holocaust.  By using the technique of play readings or full performances, participants are encouraged to choose their own topic and play from the NJTF HTII Holocaust Theater Catalog (htc.miami.edu).  Whether done simply for smaller audience or in full production to larger gatherings these readings, live, virtually or both, will commemorate the Holocaust, its remembrance, and its contemporary lessons during International Holocaust Memorial Day, Yom Ha Shoah (Holocaust Remembrance Day), and Kristallnacht (Night of Broken Glass).  To learn more about NJTF HTII, visit https://www.njtfoundation.org.

The Billy Rose Theatre Division of The New York Public Library is one of the largest and most comprehensive archives devoted to the theatrical arts.  Celebrating its 90th year in 2012, the division is an indispensable resource for artists, writers, researchers, scholars, students, and the general public.