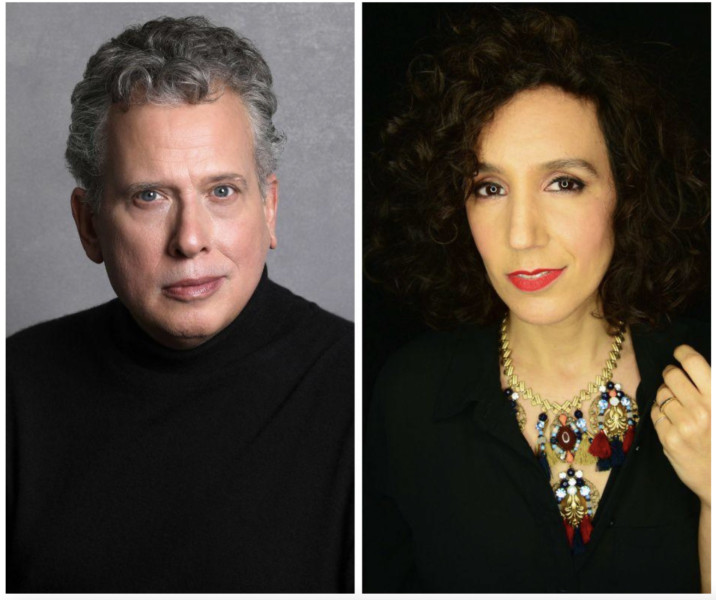 Birdland Jazz Club will present a special evening with renowned pianist and singer Billy Stritch and award-winning jazz vocalist Gabrielle Stravelli on Monday, September 19 at 7:00 PM. The pair will combine their considerable talents for “Mel and Ella Swing!,” an evening of great music celebrating the legendary Mel Tormé and Ella Fitzgerald. They will include beloved favorites from the Great American Songbook (“Night and Day,” “I Won’t Dance,” “I’m Putting All My Eggs in One Basket”) and swinging standards from the world of jazz (“Too Close for Comfort,” “Lady Be Good”). These two performers have brought their magic to stages all over the world and together bring an incredible knowledge and feel for this great music that’s not often seen these days. There is a $30 music charge. Birdland is located at 315 West 44th Street in New York.

Billy Stritch is one of the premier singer-pianists on the New York and national jazz and cabaret scenes. He began his career in Houston, Texas, where he formed the vocal trio Montgomery, Plant and Stritch. The trio performed all over New York and Europe from 1983 until they disbanded in 1990. A chance meeting with Liza Minnelli in March of 1991 resulted in her asking him to create vocal arrangements for the record-breaking extravaganza Liza Stepping Out at Radio City Music Hall. In addition to his 25-year collaboration with as accompanist and opening act for Liza, Billy recently toured with the legendary Tony Bennett as Tony’s pianist and musical director. A solo entertainer in his own right, he has performed his own shows (including tributes to Mel Tormé and Cy Coleman) in concert halls and nightclubs across the country. Billy also serves as music director for such leading vocalists as Linda Lavin, Christine Ebersole, Paulo Szot and Marilyn Maye. He is the co-writer of the Grammy-winning song “Does He Love You” recorded by Reba McEntire and Linda Davis. When he’s not on the road, he is the pianist for Jim Caruso’s Cast Party open mic night every Monday at Birdland Jazz Club and he and Jim hold forth on Sunday nights at Bemelmans’ Bar in Manhattan’s fabled Carlyle Hotel. During Covid-19, he hosted his own weekly Facebook live-stream show “Billy’s Place”, celebrating the Great American Songbook with songs and stories from his varied career. He has recorded five solo albums and his latest release Billy’s Place (Club44 Records) is a collection of his favorite songs from these online concerts.

Gabrielle Stravelli pairs a jazz artist’s musicianship with an ability to interpret lyrics and connect with an audience, which has led to a richly varied career. She regularly leads her quartet in performances at the country’s finest jazz clubs and performing arts centers and has headlined domestic and international jazz festivals including the 2021 and 2018 WBGO Jazz on the Mountain Festival in New Paltz, NY, the 2019 Providencia Jazz Festival in Santiago, Chile, the 2016 All That Jazz Festival in Eleuthera, Bahamas and the 2014 Maree Sonore Festival in Venice, Italy. As a US State Department “Jazz Ambassador” she has performed and taught throughout Eastern Europe, the Middle East, Southeast Asia and South America. Dream Ago, her 2017 release which consists primarily of original material, received a 5-star review from Downbeat Magazine and her 2019 release Pick Up My Pieces: Gabrielle Stravelli Sings Willie Nelson was featured by noted music critic Will Friedwald in the Wall Street Journal and was honored with the the 2020 Bistro Award for Outstanding Recording.

Birdland Jazz Club will present Billy Stritch and Gabrielle Stravelli in “Mel and Ella Swing!” on Monday, September 19 at 7:00 PM. There is a $30 music charge and a $20 food and beverage minimum. Birdland is located at 315 West 44th Street (between 8th and 9th Avenues) in Manhattan. For reservations, please call (212) 581-3080 or visit www.BirdlandJazz.com.