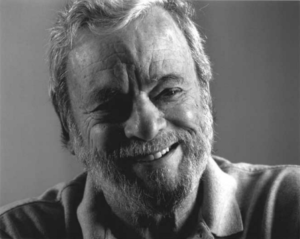 On Wednesday, April 19 at 7:00 p.m. at Weill Recital Hall at Carnegie Hall, New York Festival of Song—“the city’s indefatigable art-song devotees” (The New Yorker)—presents Honoring Stephen Sondheim, an evening to benefit NYFOS’s 29th Season. The Gala is co-chaired by Jamie Bernstein and Hal Prince, and Guest of Honor Stephen Sondheim will be in attendance.

Grammy and Emmy Award-nominee Ron Raines, who also received a Tony nomination for his performance in the recent Broadway revival of Sondheim’s Follies, leads a cast of distinguished singing-actors including Pamela Myers (Marta in the original Broadway production of Company), opera singers bass-baritone Greer Grimsley and mezzo-soprano Luretta Bybee (husband and wife lauded for their portrayals of Sweeney Todd and Mrs. Lovett at The Glimmerglass Festival this past summer), and NYFOS Emerging Artist alums soprano Meredith Lustig and baritone Theo Hoffman.

With NYFOS Artistic Director Steven Blier as pianist and guide, the evening will feature songs from many of Sondheim’s musicals including Sweeney Todd, Follies, A Little Night Music, Company, Marry Me a Little, and Saturday Night—with possible surprises along the way. See program details below.

NYFOS has been hailed throughout the world for its artistic contributions. Paying tribute to its rich history, the Spring Gala serves as the major fundraising event for the season, and contributions to the event help keep the music playing at NYFOS events for years to come.
The Program will include (subject to change)
Pamela Myers singing Another Hundred People and Broadway Baby
Ron Raines and Pamela Myers: You Must Meet My Wife
Ron Raines: The Road You Didn’t Take
Meredith Lustig: The Girls of Summer
Theo Hoffman: Not While I’m Around
Meredith Lustig and Theo Hoffman: Two Fairy Tales and So Many People
Greer Grimsley and Luretta Bybee: Epiphany, Have a Little Priest and By the Sea 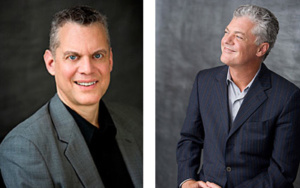 Now in its 29th season, New York Festival of Song (NYFOS) is dedicated to creating intimate song concerts of great beauty and originality. Weaving music, poetry, history and humor into evenings of compelling theater, NYFOS fosters community among artists and audiences. Each program entertains and educates in equal measure.

Founded by pianists Michael Barrett and Steven Blier in 1988, NYFOS continues to produce its series of thematic song programs, drawing together rarely-heard songs of all kinds, overriding traditional distinctions between musical genres, exploring the character and language of other cultures, and the personal voices of song composers and lyricists.

Since its founding, NYFOS has particularly celebrated American song. Among the many highlights is the double bill of one-act comic operas, Bastianello and Lucrezia, by John Musto and William Bolcom, both with libretti by Mark Campbell, commissioned and premiered by NYFOS in 2008 and recorded on Bridge Records. In addition to Bastianello and Lucrezia and the 2008 Bridge Records release of Spanish Love Songs with Joseph Kaiser and the late Lorraine Hunt Lieberson, NYFOS has produced five recordings on the Koch label, including a Grammy Award-winning disc of Bernstein’s Arias and Barcarolles, and the Grammy-nominated recording of Ned Rorem’s Evidence of Things Not Seen (also a NYFOS commission) on New World Records. This past season saw the release of Canción Amorosa, a CD of Spanish song—Basque, Catalan, Castilian, and Sephardic—on the GPR label, with soprano Corinne Winters accompanied by Steven Blier.

In November 2010, NYFOS debuted NYFOS Next, a mini-series for new songs, hosted by guest composers in intimate venues. The series is currently held at National Sawdust in Brooklyn.

NYFOS is passionate about nurturing the artistry and careers of young singers, and has developed training residencies around the country, including with The Juilliard School’s Ellen and James S. Marcus Institute for Vocal Arts (now in its 12th year); Caramoor Center for Music and the Arts (its 9th year in March 2017); San Francisco Opera Center (over 18 years as of February 2016); Glimmerglass Opera (2008–2010); and its newest project, NYFOS@North Fork in Orient, NY.

NYFOS’s concert series, touring programs, radio broadcasts, recordings, and educational activities continue to spark new interest in the creative possibilities of the song program, and have inspired the creation of thematic vocal series around the world.