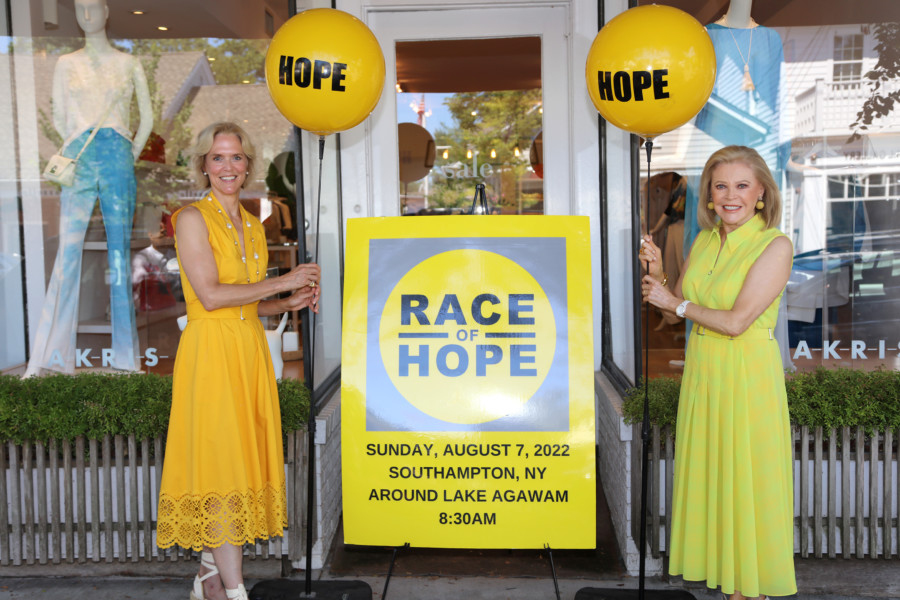 On Wednesday, July 27th, the Hope for Depression Research Foundation launched the return of the Week of Hope, a village-wide effort in Southampton, NY, to raise mental health awareness.  Dozens of shops downtown will display a giant yellow HOPE statement balloon by their door to symbolize their commitment to advancing conversation about mental health. 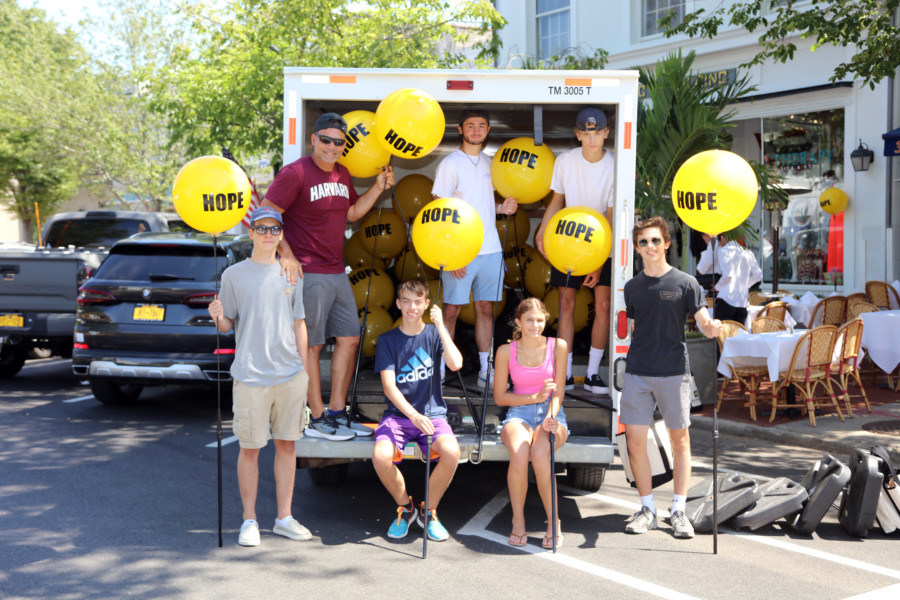 “The balloons are both uplifting and serious, because they get people talking about a major public health issue across the globe,” said Gruss.  “Our Southampton community is sparking life-saving conversations about depression that bring the illness out of the shadows.” 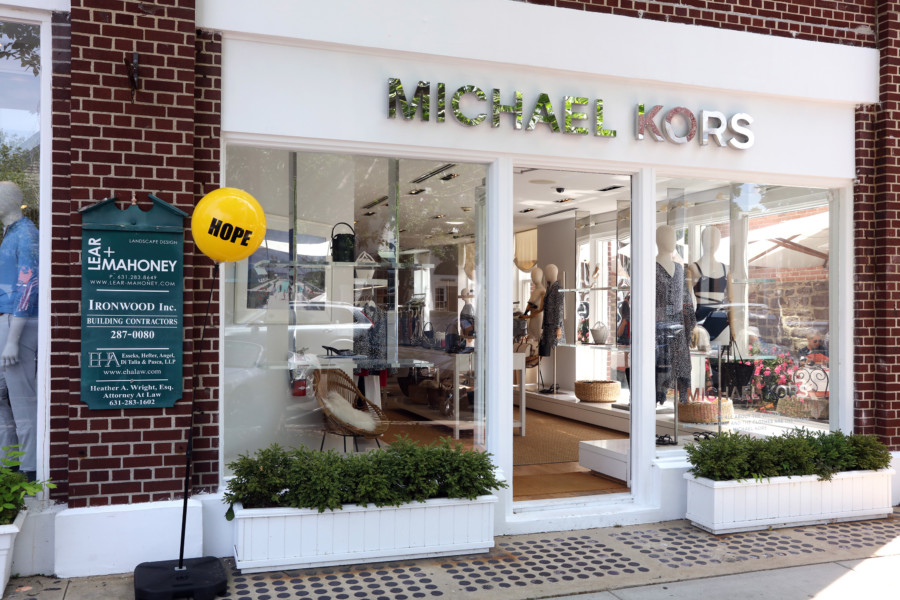 Gruss said studies show two in five American adults report symptoms of anxiety and depression; and over forty percent of teen-agers state they struggle with constant sadness or hopelessness.

These alarming trends existed before the pandemic, but are only worse now, she added.

During the morning, Gruss and Benton got enthusiastic support from a group of local students and their coach, Eddie Arnold of Southampton High School.  Arnold, who is the high school’s legendary track coach, joined with his team captain, Evan Simioni, and several of their teammates to deliver and set up the HOPE balloons to shops along Jobs Lane and Main Street.

The Week of Hope was created by HDRF in 2018 as a kick-off to the annual Race of Hope 5K to Defeat Depression but has been on hiatus since the start of the pandemic in 2020.

The balloons will be up through August 6th, culminating with the Race of Hope on Sunday, August 7th. Celebrity Grand Marshal Candace Bushnell will join Co-Grand Marshals Audrey Gruss and HDRF Board member and East Hampton resident Arthur Dunnam, as they lead participants around Lake Agawam at 8:30 AM.

The Race attracts over 500 participants from the tri-state area and beyond to unite as a community and raise mental health awareness and fund depression research. 100% of proceeds from the Race will fund groundbreaking research into the root causes of depression in the brain and new and better treatments. To sign up or learn more, please visit the website at raceofhopeseries.com.