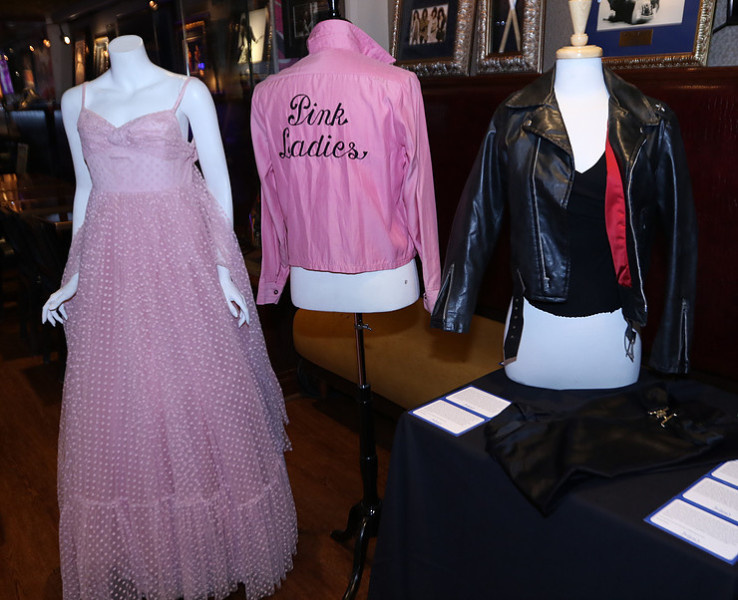 Olivia Newton-John. Icon. Four time Grammy Award Winner and Hollywood Superstar. Warrior. Activist. Mother. How many times have you watched Grease? Can you count on one hand?  But did you know? Newton-John has battled cancer three times since 1993 and that through her own struggles she has helped to create an amazing, cutting edge public hospital / research center, The Olivia Newton-John Cancer Wellness and Research Center or ONJCWRC? As the amazing superstar continues her personal struggles she still works to help others, recently curating a large collection of her personal memorabilia to be auctioned with a portion of the proceeds going to benefit the ONJCWRC .

The auction will be take place in Beverly Hills on November 2, 2019 and is being handled by Julien’s Auctions. Bids can be made from anywhere in the world with real time streaming available. For more info on the how you can participate in the auction click here.  To see the complete collection of items available click here for the online catalog. The catalog is well worth a look just for curiosity.  Now I know what you might be thinking, can the average fan afford any of these items? I answer is “Yes”.

The iconic leather jacket worn by Newton-John is one of several item on display free and open to the public now through Sunday at The Hard Rock Cafe Times Square NYC.

The iconic leather jacket and pants worn by Newton-John in smash hit movie Grease on display free and open to the public at the Hard Rock Cafe Times Square now through Sunday.

This would NOT be one of the items the average fan could afford with bidding expected to start between $100,000 and $200,000. But fear not as I, mentioned there are some reasonable priced items for the ONJ fan and we will highlight those as well. Mind you I posses no expertise in memorabilia or auctions but my guess is this will sell for a lot more. One of the reasons that I feel that way is the same reason I recommend stopping by the Hard Rock Cafe this week to see the collection in person, and it may sound corny, but to be standing there looking at the actual jacket that you watched Olivia wear as she and John Travolta danced around the screen so many times will give you chills. In addition the items are incredible well preserved and appear to be very high quality. As I watched one of the Julien’s Auctions employees meticulously handling the items only after donning white linen gloves I wondered what it would be like to touch it. I would never. Just wondered.

One of the more reasonably priced items I mentioned above would be Olivia Newton-John’s Grammy nomination plaque pictured below. For this item, a plaque from her 1974 Grammy nomination for Record of The Year, for which she won for the song “I Honestly Love You”   the bidding is expected to start between $300 and $500. According to Martin J. Nolan, Executive Director at Julien’s Auctions, Olivia has hand signed a limited number of 200 copies of the Auction Catalog and those will be available for $300 each.

So surprisingly, back to the catalog.  It is well worth a look. I found some interesting items. For example click here to see page 208 of the 300 plus page catalog. Texas and Oklahoma football jerseys that Newton-John wore on stage while playing the song Physical on the Phsyical tour. Arrows & canoes, pages 106-109. Cars to costumes. Outfits worn on the covers of magazines. Really worth a read. Seriously . I never thought I would feel so aww struck by simply standing in front of a dress or a leather jacket, but it’s “that” jacket. Well worth the trip to Times Square to take a look if you have ever seen the movie Grease and hey who hasn’t?  By the way, do NOT try this because after I publish this, the items will be under closer scrutiny, but shhhh, don’t tell anyone, I DID touch the jacket, very very lightly, on the cuff. I am still willing to bet that some charitable collector will pay well over the starting bid for this item.

Olivia Newton-John stage worn dress from the Physical Tour on display free and open to the public at the Hard Rock Cafe Times Square now through Sunday.

I have to wonder though for items such as the dresses, jewelry  and the footwear, would anyone bid on these with the intent of actually wearing the items? Just curious? Would love to know if those red ruby boots come in my size? Just asking? Don’t judge, they are sexy af.  If you have an Olivia Newton-John fan on your holiday shopping list and are looking for that perfect gift item, check here, they have, The One That You Want.

Red Ruby boots worn by Newton-John on during her Vegas years in the early 1970’s on display free and open to the public at the Hard Rock Cafe Times Square now through Sunday.