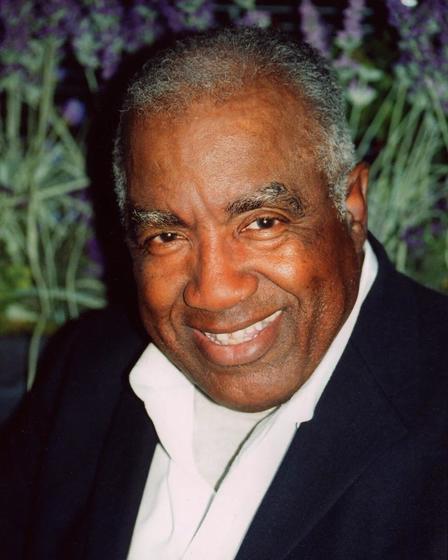 Carol Ostrow and the Actor’s Temple Board of Directors are celebrating their 102nd year with a Gala Celebration for the temple, Hot Jazz @ A Cool Shul. The evening will be commemorated with a performance by the fabulous Jazz legend, Tony Middleton and his Trio.

Tony Middleton traded in his amateur boxing gloves and jumped into the music business around 1952. His most famous recording of the era was the hit song “Church Bells May Ring” with The Willows. Tony has worked in the music business ever since, producing many great records and singles, working with many of the greatest performers of his time, and contributing his voice for many film soundtracks. His repertoire covers a wide range of musical styles, genres, and periods.

Whatever your age, whatever your musical tastes, Tony has something for you. Would you expect any less from a man with seven decades of work under his belt?

Middleton is one of the most versatile performers in entertainment today, has been described as having “a rare ability” and a “vocal talent unsurpassed”.

Tony’s career is an interesting and diversified one, which spans many years of accomplishments.

He has performed in several Broadway musicals, such as the lead in “Cabin in the Sky” and principle roles in “Purlie” and “Porgy and Bess”. He later lived and performed in Paris and Europe in the jazz circuit for a number of years. In Europe, Tony was the understudy for Sammy Davis in “Free and Easy” written by Harold Arlin and Johnny Mercer. He also performed in concert at the City Center and Wolftrap with Alvin Ailey Dancers singing the “Mary Lou Williams’s Mass”, and was one of the headliners at Lincoln Center for the 55th Birthday Tribute to the late Charlie Parker.

As a soloist, he has performed and is known by many world class performers. Tony has performed with and the music of Burt Bacharach, Quincy Jones, and Cy Coleman. His act has headlined at the Apollo along with Smokey Robinson and the Miracles, Big Mabel, and Slappy White. He has sung with Cissy Houston, Nell Carter and Della Reese. He Recorded “Don’t Ever Leave Me” written & produced by Klaus Ogermann, which received a Grammy Nomination.
In recent years Tony has toured Europe and appeared at the “6 t’s Northern Soul Weekender” to audiences consisting of a large range of age differences, belting out songs from the 60’s and 70’s to more recent tunes.  His music has been sought after by collectors both here and in Europe as are his CDs “Paris Blues” and “Swingin’ for Hamp”.
Besides Broadway, Tony’s career has included commercials, television, film and the cabaret circuit here and abroad. Tony is a member of SAG, AFTRA and EQUITY. Enjoying both film and TV, Tony is most fulfilled when his is singing and interpreting music in his unique jazz style. His big voice is sometimes compared to Joe Williams, Arthur Prysock, Lou Rauls and Ray Charles and yet, his range is more complex with his deep and sultry tones.
In the last few years, Tony has been singing in various rooms in NY, such as, Notaro’s, Caterina’s, the Black Duck, O’Neal’s RedBar, the Fat Cat and at the St. Regis Hotel, NY. Tony had also been performing at Smalls in NYC for a 4-month run. Recently, Tony had done several shows at the Blue Note and Kitano Jazz with his Trio, along with Big Band Tuesdays at the Iridium. Tony sings regularly, as he has the last 3 years, at Destino on East 50th St., NY with Jesse Elder, his pianist, who is a 4-time ASCAP winner of original music. In addition, Tony also has a weekly Sunday Brunch at Kitano’s Garden Cafe which started early June 2010.

In 2008 Tony was also working with and recording new music with Philip Springer, who wrote “Santa Baby” for a possible CD or a Broadway show. They received some notoriety with a song, “Headed Home”, written by Senator Orrin Hatch and Philip Springer as a tribute to Teddy Kennedy. Tony recorded this song and it was greatly appreciated by Teddy Kennedy.
Tony Middleton sings with real sincerity with every word he sings. This voice is truly remarkable with an extensive range and limitless creativity. His exciting voice and warmth has endeared him to thousands of club-goers in the United States and Europe. Tony can be edgy or soft, amusing or seductive. Tony sings with power, feeling and a sureness that only great talents have.

THE ACTORS’ TEMPLE, was founded in 1917 and located in a landmark building in the heart of the theater district since 1923, has had a historic commitment to serving Jewish theater artists and maintaining a relationship with the surrounding NYC arts community. Sophie Tucker, Red Buttons, Jack Benny, the Marx Brothers, The Ritz Brothers, and the Three Stooges were among the scores of well-known entertainers who frequented its halls. The Actors’ Temple holds regular Friday evening, Saturday morning, and all major Jewish holiday services. Rabbi Jill Hausman creates a warm and welcoming atmosphere inclusive of all who wish to find a spiritual home and a sense of community. Find out more at www.theactorstemple.org.