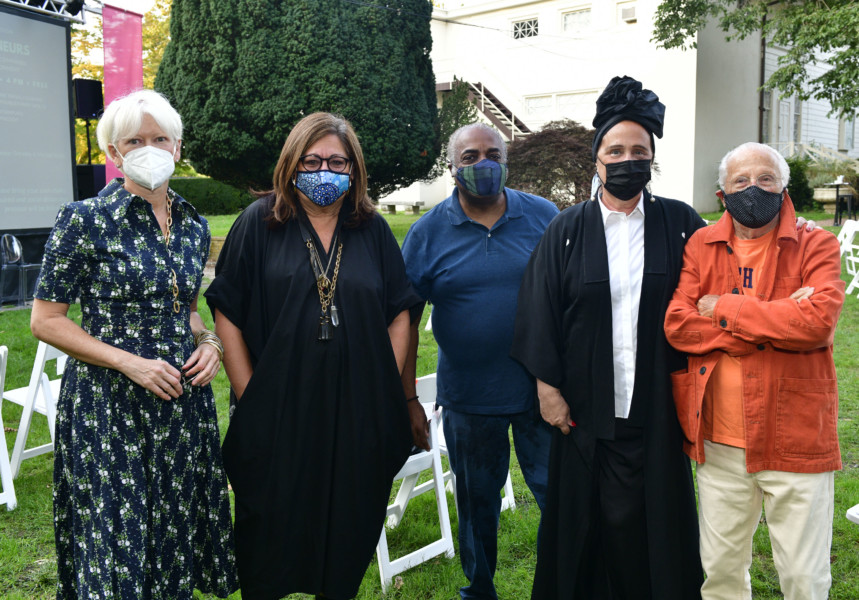 Over the weekend the Hamptons turned into the ultimate runway with a properly socially-distanced outdoor screening of “House of Cardin.”

The stunning look at the master fashion designer’s house was an inspirational moment that brought together fashionistas, tastemakers, and socialites together out east.

The event was presented by Murmrr and hosted by Fern Mallis to benefit the Southampton Arts Center. On an intriguing panel before the film a panel of guests spoke on Cardin and how he was instrumental in changing the tone of modern day fashion.

Before the screening guests shopped at a divine trunk sale by Tamara Mellon, as well as checked out the exhibit at the art center with the themed show “2020 Vision” curated by David Kratz and Stephanie Roach.

“House of Cardin” made its World Premiere at the Venice Film Festival, where it was nominated for the Queer Lion Award.  It went on to win the Lifetime Achievement, Best Fashion Feature Film, and Best Director of a Feature Fashion Film Awards at the Cinemoi Cinefashion Film Awards, and was also nominated for the Gold Q-Hugo Award at the Chicago International Film Festival.