How Are We Coping With Self Isolation: Insight From Around the Country And The World With Jeffery Lyle Segal 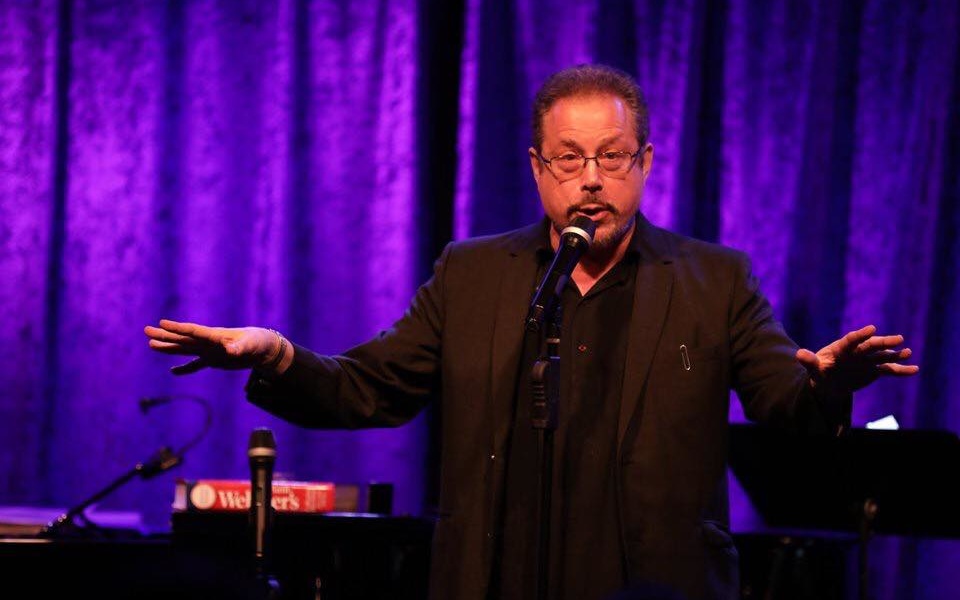 How Are We Coping With Self Isolation: Insight From Around the Country And The World With Jeffery Lyle Segal

Jeffery Lyle Segal is a multifaceted theater artist who has worn many professional hats. He started as a musical theater performer in his teens. He attended Stanford U., Northwestern University, and SUNY at Binghamton to study acting, directing and dramatic literature. He also wrote theater reviews for The Stanford Daily and was Arts Editor of WNUR Radio at Northwestern. After college, he is proud to have been the first full time Executive Director of Chicago’s acclaimed Steppenwolf Theater Company. He left them to work as a theater actor and director.

His special effects makeup skills got him into the movies, working on the seminal cult horror film, Re-Animator.He also did casting for several important Chicago projects, sometimes wearing both production hats, as he did on Chicago’s most famous independent movie, Henry: Portrait of a Serial Killer.

While living in Los Angeles, he joined the Academy for New Musical Theater, where he developed two book musicals as a composer, lyricist and librettist, Down to Earth Girl (formerly I Come for Love, NYMF 2008), and Scandalous Behavior! (York Developmental Reading Series 2010). He wrote, produced and performed his song “Forever Mine” as the end title theme of the horror film, Trapped! He also has written songs for his performances in cabaret over the years, and the time he spent pursuing country music in Nashville. Most recently he created a musical revue, Mating the Musical, for the Chicago Musical Theater Festival 2016. In NYC, he has attended the BMI musical theater writers’ workshop, and the Commercial Theater Institute 14 week producer program.

He is currently creating a company to develop new musicals online. He still keeps up his makeup chops, working with top doctors in NYC and Chicago as one of the country’s most highly regarded permanent cosmetic artists (www.bestpermanentmakeup.com) and as a member of Chicago local IATSE 476. www.jefferylylesegal.com

T2C: How are you dealing with home containment where you live?

Jeffery Lyle Segal: Life usually pulls us in so many directions, we don’t always keep up with basic things like book keeping, practicing a musical instrument, or learning a new skill.  I’ve been particularly challenged finding time to work on my musical theater writing projects. So I’ve been grateful for the extra time to put my life in order, and I’m glad my artistic projects fill me with a sense of purpose.

T2C: What would you say is the difference of being in self lock down between NY and where you live?

Jeffery Lyle Segal: Chicago is a strong, sane, beautiful city.  But it has a very different gestalt than New York.  It’s never been as crazy on the surface.  We’ve never had to live in such tight quarters. It doesn’t pulse as if it longs to burst its seams every moment. Each city has a sort of energy of its own, Chicago’s is one of quiet strength and consistency. So the nearly empty streets and eerie sense of calm here don’t seem nearly as odd to me as perhaps they should. New York always has felt like the city of boundless energy and unlimited possibilities. I miss walking down the streets of New York, wondering what new adventure lies before me. I miss being in  place where hearts, souls, and talents collide like atoms in a nuclear accelerator, creating bursts of creative and emotional energy that are rarely seen elsewhere.

Jeffery Lyle Segal: I’m clearing out old paperwork, and trying to downsize a bit physically.  So that feels good. Most importantly, I’ve had the mental clarity and freedom from other pressures so I can focus on my creative projects. My writing partner, Terrence Atkins, and I are almost done rewriting the book of our musical, “I Come For Love.”  It has been well received in several festivals and readings, including NYMF.  Our tale of a lovelorn alien girl who crashes at Roswell in 1947, and overcomes fear and prejudice with her message of love and acceptance, is particularly relevant for today’s troubled times.

Jeffery Lyle Segal: After many years of not traveling outside the country, I was gearing up to see the world. Now I’m stuck with travel videos.

My father died this week at his assisted living facility in Seattle, and COVID kept me from joining my mother and sister there to be with him in his final days. That was very hard.

Like all theater producers and writers, my onstage projects are on hold.  All of us theater creators are staring into a black hole of uncertainty.  Once my projects are ready to go, the question is: Where will they go? How will they be performed, and by whom? The good news is that it has forced me to think outside of the box, and look more at the future of performance online.

My businesses as a makeup artist in film, and doing permanent (tattooed) cosmetics, are also on hold until safer protocols are developed for working in such close proximity. I also started performing as a stage hypnotist last year and now there are no audiences. So I’m holding my breath, along with everyone else who depends on live interaction for a living.

Most of all, I really need a hug.  COVID has taken the fun out of being single.

Jeffery Lyle Segal: Staring constantly at the  television and the internet often makes me feel a step removed from real life. In a funny way,  I’m less panicked sometimes  than I ought to be, and feel at times like it really isn’t happening to me. Then the reality sinks in.

Of course, I feel deeply for those who have lost loved ones to this pandemic, or suffered themselves.  It has never been more important to reach out to those close to us, even if only over Zoom or Skype, and maintain our sense of community.

Jeffery Lyle Segal: Twenty years ago, I wrote a song in Nashville with Sandy Merrill called “How the Strong Survive,” which Reba held for a year before ultimately deciding not to record it. But we have great demo sung by Katherine Craig. That song could be the theme song for this whole pandemic. I also keep thinking back to Garth Brook’s first hit, “If Tomorrow Never Comes.” The message of that song is that you never know what’s going to happen. So don’t miss the chance to tell the people you love how you feel. That’s so important right now.

Jeffery Lyle Segal: The message I would send to the world now is: Do what you must do today to make sure you see another tomorrow. Don’t be in a hurry to get back out there, if it means another wave of viral deaths.  America was greatest when we were willing to act as a cohesive group, and sacrifice our individual desires for the common good, as we did during WWII when we had to ration certain things. Now is not the time to be selfish.

Jeffery Lyle Segal: Buy a ticket to the theater. Be in a room full of people who are laughing, crying or both…but doing it together!

Jeffery Lyle Segal: Seth Rudetsky’s Stars in the House series with Broadway’s top performers sharing their talents from home. The recent Sondheim 90th birthday party celebration, also with stars performing up close, personal and displaying their bare bones talent. Theatrical Resources Unlimited’s weekly Zoom events talking about producing topics. Just hearing the voices and seeing the faces of the others out there in the wilderness, and knowing I’m not alone.

Jeffery Lyle Segal: I may well have had the coronavirus when I last visited NYC in February. I came to NYC from Chicago with a dry cough like I had never experienced, although I had no other symptoms. After three weeks it went away. I went back in Chicago, and I was fine eventually. At the time I thought it was something else, but now I wonder. If it was the coronavirus, I’m grateful that I came through it with no ill after effects.  But unpredictability of this disease leaves me still worried and unsettled. I’m still deeply saddened by others who have suffered so much. Seeing the sad series of physical blows dealt by the virus to the talented and dynamic Broadway performer, Nick Cordero, I worry more now about surviving the disease than succumbing to it.

I’m reminded of the line in August: Osage County which goes something like, “If we knew what was going to happen when we got up in the morning, we’d never get out of bed.”

We need plays and stories and songs and events that remind us what we’re living for.  So I’m going to keep creating mine, and I look forward to see what this has inspired in other creators as well.