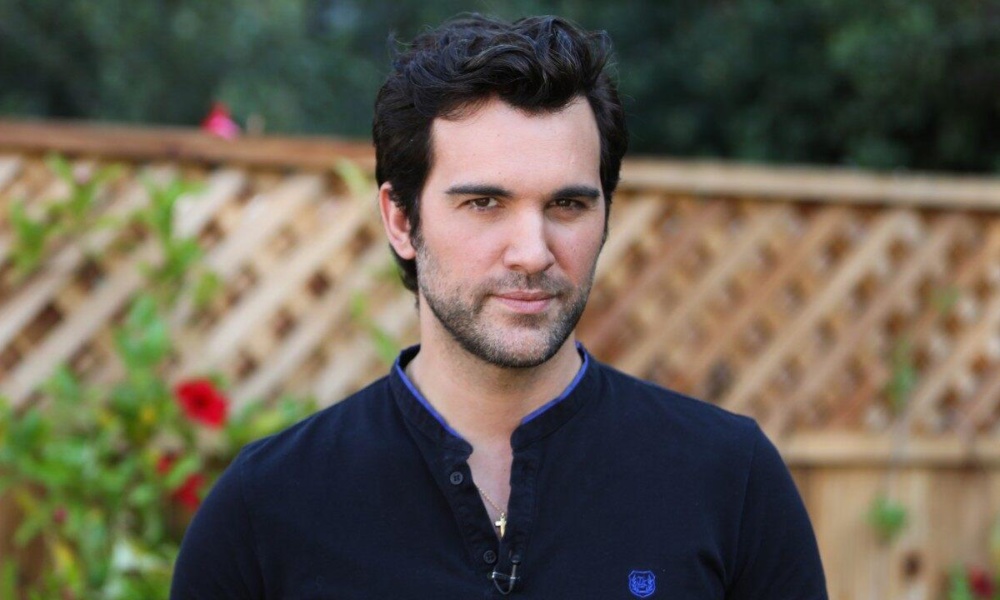 Juan Pablo Di Pace is an Argentinian actor and singer. He began his career appearing in films like Survival Island. Prior to joining the big screen, Di Pace appeared in the London musical Chicago and fronted posters for the production shown all over the United Kingdom. He also played the role of Danny Zuko in the Trieste production of Grease in Italy, partly directed by Di Pace. For two years, he was Tony Manero in the Spanish production of Saturday Night Fever in Madrid, which won him critical acclaim by the European press.

He was cast in film “Mamma Mia” and became well known for playing the role of Jesus Christ on “A.D. The Bible Continues”, for which he won a Grace Award for “Most Inspiring Performance”.

Di Pace appears in a recurring role as Fernando, the fiancé and ex-husband of Kimmy Gibbler on the Netflix series Fuller House. Starting in the second season he was promoted to the main cast.

In 2018, he was announced as one of the celebrities to compete on season 27 of Dancing with the Stars, being paired with the professional dancer Cheryl Burke. Despite earning five perfect scores and holding the highest average of the season, they were eliminated in the semi-final in a double elimination.

His cabaret act at The Green Room 42 was so successful we reviewed it in two parts. Part 1 and Part 2.

Juan Pablo Di Pace: I don’t know how to say this. I am actually loving it. And I realize this is an unpopular statement. I don’t want to sound insensitive to those suffering first hand the effects of COVID or who have lost dear ones. So first of all, if you are reading and are suffering, my sincerest condolences and tons of light to you. But for those who have been forced to stay in, and see nothing better than to complain about being bored, angry, frustrated, I think this has been an opportunity to look at our lives and see what isn’t working. By this I mean what we are doing with our time, with our relationships, with our dreams, with our bodies, with the other species, with the planet… In terms of LA, I´m very lucky that things here are nowhere as bad as in New York.

Juan Pablo Di Pace: Well, LA has the advantage of space and public transport isn’t as essential here. So here in the city we haven’t been hit as hard because the square footage separating people is much bigger than in New York. Human concentration has greatly determined the medical situations of different places.

Juan Pablo Di Pace: Something that was very clear to me once the dust settled and I stopped freaking out with conspiracy theories and horrid numbers, and forced my fingers to stop scrolling through news and statistics… was the fact that I needed to get productive. I wanted to come out of this pandemic having achieved, learned, or transformed something in my life. So, to start with I got a little oven and started baking which I had never even attempted before… Then, I became “almost” plant based, haven’t touched white or red meat since February, something to start respecting our animals more. And finally I decided to create a web series called “MINUTIAE” which I write, edit, direct, record and premiere from the comfort of my computer. I have been very lucky that amazing actor freinds have said yes, among them Andrea Barber (Kimmy Gibbler on Fuller House) and Jack Plotnick (co-creator of Disaster, the Musical on Broadway). The show is about the minutia of life, the little things that annoy us or occupy our time, that seem so important in the moment, but that in fact, are so stupid. I premiere a new episode live on youtube every week at 5pm New York time! Here is episode 3:

Juan Pablo Di Pace: I feel more accomplished than before this started. Sure, I got a few pounds heavier, but who hasn’t?  The only thing I wish I could have done is to travel to Madrid to see my parents and throw my mom’s massive 70th birthday party we had all planned… But it´ll happen later I’m sure.

Juan Pablo Di Pace: I guess with being able to decide what I consume and when, what to do and when to do it, has enhanced the terribly introverted nature in me. I knew I liked staying home, but now I know I thrive staying home. I feel quite peaceful most days. Some days the frustration creeps in, but I find that once I get out of my door and takle a little walk, my head clears again and I start getting crazy new ideas.

Juan Pablo Di Pace: Bjork´s YÓGA:
“Emotional landscapes
They puzzle me
Then the riddle gets solved
And you push me up to thisState of emergencyHow beautiful to be
State of emergency
Is where I want to be”

Juan Pablo Di Pace: I don’t want to sound like a broken record so I’m just going to add a link of a letter written by Darinka Montico called #LISTEN that I got the chance to put my voice to:

Juan Pablo Di Pace: Travel to Madrid to hug my family and never again complain about not liking the gym… Going to a cinema. Go to a massive rave to dance the whole night away.

Juan Pablo Di Pace: Comedy, meditation, writing and editing short films, vegetables and listening to a guy called Matias de Stefano on Youtube about other dimensions and our responsibility to evolve, starting with ourselves.

Juan Pablo Di Pace: Season 5B of Fuller House will be out on Netflix this June 2nd worldwide! And please be sure to check “MINUTIAE” series on my youtube Channel alongside my new music clips. During quarantine I made it a weekly habit to do a LIVE PREMIERE of either new music performances or new episodes of MINUTIAE to make poeple laugh a little! Come join in every thurday at 5pm Easter Time. Here’s a link to my channel.