How Are We Coping With Self Isolation: Insight From Around the Country And The World With Krystin Goodwin 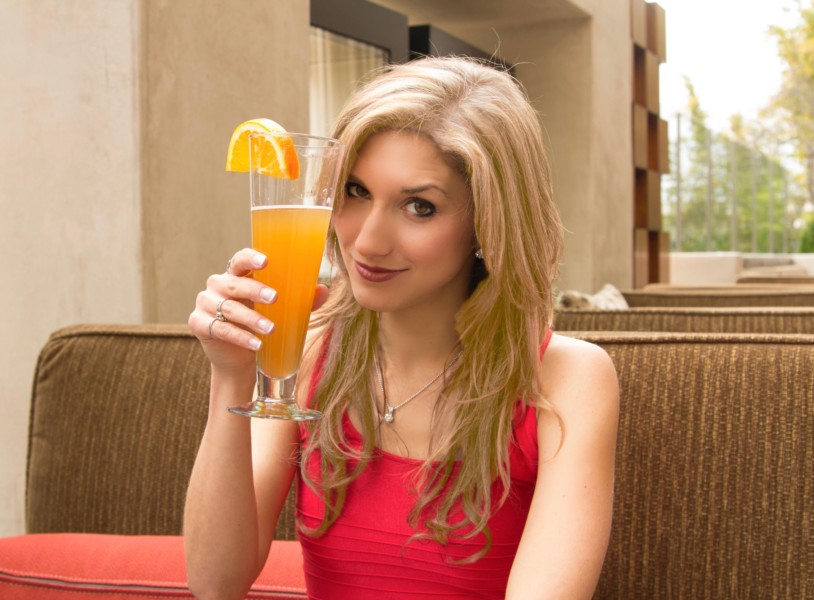 How Are We Coping With Self Isolation: Insight From Around the Country And The World With Krystin Goodwin

Krystin Goodwin’s work as an on-air personality can be viewed on USA Today, MSN, The Huffington Post, and Yahoo. She co-stared on TNT’s “Franklin and Bash,” where she played a TV News Reporter. Other co-starring credits include Netflix’s “The Politician”,”Orange is The New Black,” NBC’s “The Blacklist,” FOX’s “The Following,” NBC’s “American Odyssey.” She’s has had recurring roles on CBS’ “Tommy” and the network’s legal drama “Bull.” Her first film role was in Paramount’s “Transformers” spin-off “Bumblebee.”

While attending college, Krystin worked as a reporter for FOX Sports Florida. after school she became a reporter for the CBS affiliate in Tallahassee, Florida WCTV Eyewitness News. She also anchored an entertainment show called “Weekend Happenings”.

In early 2009, Krystin moved to New York City, where she was selected as the Red Carpet Reporter for the prestigious theater award program, The Drama Desk Awards. She covered the event for three consecutive years.

Krystin Goodwin: I’m very grateful that my family and friends are healthy and I’m thinking about all those on the frontlines working so hard to keep everyone safe.

Krystin Goodwin: I’ve spent a lot of time in both cities and I love them both for very different reasons, but I think it’s a lot easier to self isolate in Los Angeles.  One could argue during normal circumstances the majority of Angelenos are already social distancing.  We spend so much time alone commuting in our cars, or using ride hailing apps.  New York City on the other hand has such an incredible transit system.  It’s hard not to take advantage of it.  So many New Yorkers walk (which I truly miss) and take the train. There’s a vibe in NYC that doesn’t exist anywhere else. I love it, but in these environments I feel it’s hard to avoid others.

Krystin Goodwin: I definitely feel more rested. I’m a bit of a tech nerd and I write daily. The extra time has allowed me to write and create more of my own content and plan/brainstorm more often with my longtime manager Bob Blume. I’m also cooking a lot. I should say, I am not very good haha…but I enjoy it. I’ve been attempting to recreate old family recipes while video chatting and catching up with loved ones.

Krystin Goodwin: I had a lot of trips planned for the year. A family friend’s wedding in Virginia, a trip to see my cousin, and plans for my parents to come visit Los Angeles. All of that is on hold. I was also slated to begin a project earlier this year, but production shut down before I could film. I was also taking flying lessons and had to stop because of lockdown.

Krystin Goodwin: If there were a silver lining to a pandemic I think it’s valuable to see people being more vulnerable online and opening up.  Instead of folks trying to post about their latest achievements or showing how good they look etc., it seems people are focusing on what really matters.  I’m seeing an uptick of people sharing tributes to healthcare workers, posting about who they care about the most, and over sharing in a wonderful way. I think it’s the best type of virtual hug we could ask for amid all this uncertainty. A reminder that we are all human and we are all in this together.

Krystin Goodwin: Hang in there and thank a medical worker whenever you can. They are real superheroes.

Krystin Goodwin: I want to go dancing with my buddies. Dancing remotely over Zoom or Google Hangouts is just not the same.

Krystin Goodwin: My husband, our families, our pup and virtual happy hours.

Krystin Goodwin: I’m enjoying getting reacquainted with myself. While I miss going out and spending time with loved ones; the last three years have gone by so quickly. I’ve been traveling a lot. It’s nice to have the time to play catch up.

ElizaBeth TaylorOctober 21, 2020
Read More
Scroll for more
Tap
How Are We Coping With Self Isolation: Insight From Around the Country And The World With Juan Pablo Di Pace
The Glorious Corner