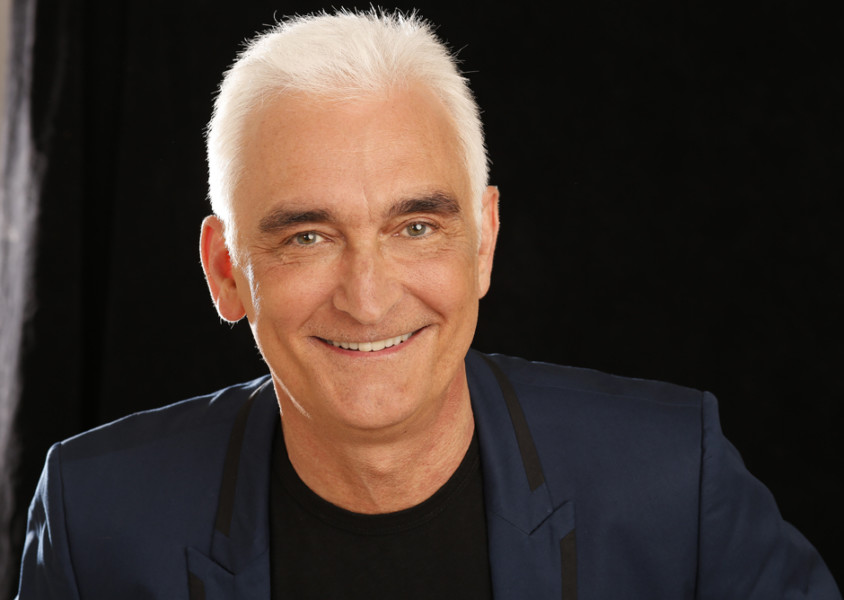 Richard Humphrey, is currently the author, director, CEO and CCO of The Ride, LLC., with over thirty years experience. He is an entrepreneur in developing innovative business plans and sustainable business strategies for the arts and entertainment communities, creating partnerships between the for profit and not-for-profit worlds, lobbying on the federal and state level for the arts and arts education, and in realizing international business collaborations.

Humphrey’s first Broadway triumph was in the cast of Ellis Rabb’s star-studded The Royal Family, which he later directed for the first National Tour. He was a co-producer of Sam Shepard’s Pulitzer Prize winning play, “Buried Child,” and a 2013 Drama Desk Nominee for Unique Theatrical Experience for producing and directing The Fazzino Ride.
As an Executive Producer, Humphrey built a copyrighted library of over 125 titles including his interviews with some of the world’s greatest artists, performances and art history documentaries. Many of these titles are currently being distributed through Discovery.

Previous to The Ride, Richard was the founder of Humphrey Fine Art, Ltd, a flagship gallery in the Soho and Midtown districts. He curated the groundbreaking exhibition “Forces: Art for the End of the Century” which travelled nationally to museums and public venues for two years. He also co-founded Arts4All, Ltd./A4AMobile and was CEO of Redcloud Mobile, Inc., a partnership with Telcordia Technologies with such clients as “Shrek: The Musical,” Bacardi Brands, Grey Goose, Starbucks, U.S. Open and feature films with AlliedIM, to name a few. Redcloud Mobile introduced Broadway to the potential of mobile marketing and became the national mobile media partner for the Tony Awards from 2007 – 2010.

Richard has created visionary strategic partnerships for the arts with companies including Telcordia Technologies, AT&T and Lucent Technologies and content provider partnerships with such renowned institutions as Manhattan School of Music, Jazz at Lincoln Center, Interlochen Center for the Arts, London Symphony Orchestra and a wide-variety of the nation’s top performing artists.

Humphrey is two-term President and is on the Emeritus Board of the Bucknell Association for the Arts and served on its Board for eight years. In 2010, Bucknell presented him with its highest honor for the arts, induction into Bucknell’s prestigious Academy of Artistic Achievement.

T2C: How are you dealing with home containment on Staten Island?

Richard Humphrey: The first step has been recovering from the shock of being a fully functional, successful business celebrating on national television The Ride’s 1,000,000th passenger, record revenues the last week of February while ten days later facing a government mandated closure of sister Broadway and furloughing our 150 employees. Sucker punch!!!  Hard stop!!!  SOS!!!

On a positive note, as a work-a-holic and a serial entrepreneur in arts and entertainment, I am in the process of strategizing, creating and reinventing THE RIDE 2.0 while studying and testing martini recipes.

T2C: What would you say is the difference of being in self-lockdown between Manhattan and Staten Island?

Richard Humphrey: I am blessed and spoiled to live on Staten Island.  My 1883 landmarked home on the North Shore waterfront is a short walk from the ferry terminal in a historic town called St. George.

We set high above the harbor overlooking Lady Liberty with a panoramic view of New York City.  Although the Empire State Building, where our THE RIDE office is but steps away, is in clear sight from my home windows, I am snug in the country on a large, lush, green lot where nature is exploding in spring and the birds are creating symphonies celebrating rebirth around me.  My view of New York is omnipresent but I do not have to penetrate and experience the frightening, daily emptiness of dying businesses, frightened citizens and the overall sense of doom.  Nature insulates me here even as I can see and contemplate “ground zero.”

Richard Humphrey: As a career entrepreneur, it is safe to say that my work has been my life!  Rarely have I taken time off and now I have hit a dead end!  I have been forced to confront myself with no excuses and no corporate tasks to hide behind:  business closed, world dormant, no deliverables, sequester, self-reflection  . . .

I have practiced yoga and studied Vedanta philosophy for many years.  During this Covid timeout, I have relaxed into the luxury of meditating, exploring this spiritual philosophy’s precepts and seeking the eternal truths applicable to my new life.  Our current challenged reality attests to the existential truth that life is a finite, fragile illusion that can dissolve in an instant.  Within this context, I am staying alert and prescient to our evolving reality – working on awareness while preparing to re-enter the fray of reinvention post-Covid 19.  My tool kit will be cosmic!!!  Oh, what a THE RIDE to come!

Richard Humphrey: This period of forced self-reflection has made me realize that actual “accomplishment” and “making busy” may be too closely related for me in more normal times.  Let’s say that the self-satisfaction of accomplishing my previous daily “to do” list is experiencing some philosophical adjustment.

Richard Humphrey: This existential threat has heightened my sensitivities to our shared human condition.  While I refuse to be a victim, I have been forced to shed some hubris and accept my limitations in all humility.  So, there is an elegiac mood afoot.

Richard Humphrey: As a young, struggling actor, I discovered and came to be very enamored of Richard Strauss’ “Four Last Songs” cycle.  It indulged the spirit of my youthful angst.  All these years later and in isolation, I have revisited these stunning and moving works.  As these were Strauss’ final compositions, I now realize they are the wistful and mournful reflection of endings with all the regret and disappointment they may contain.  However, they conclude with a powerful sense of transfiguration or rebirth.  It is this progression that makes this cycle so resonant for me now.  I believe we all are going to have to de-attach and say ‘adieu’ to the world we left a few weeks ago and, while staying present and observing, make preparation to move forward as we “transfigure” into our new reality.

Richard Humphrey: Nature has put humankind in its place with a lot of suffering and loss.  We need to own this lesson and make, as a global community, some adjustments philosophically and in our daily practices.  Each of us will exit this experience fundamentally changed.  I, however, am an optimist and believe in humankind’s potential to grow. I want us to move forward enlightened, empowered and courageously facing our new realities.

Richard Humphrey: I will walk to the ferry, get on the boat and, upon arrival to Manhattan, take the crowded subway to my office with an open heart and celebrate a deeper affection for the common humanity of my fellow travelers and what we have individually and collectively suffered as we surfed through the storm.

Richard Humphrey: I am a creature of ritual and it has been a challenge to take control and reinvent a blank calendar.   My exercise and yoga practice have moved from supplementary to essential as part of my daily life.  I have the luxury to read and to visit my streaming media resources from the sixties’ “That Girl” and “The Doris Day Show” to binging on “The Queen” and “Tiger King.”  All delicious indulgences . . .
Also, I am a caregiver for an 89 year-old lifelong friend and adopted family member.  The pandemic and the work of protecting him have given us the gift of unrushed time together.  I will look back upon this as an opportunity and with gratitude.

Richard Humphrey: I would like to thank you and T2C for keeping our Broadway community and its energy vibrant during this period of extreme darkness.

Suzanna BowlingJanuary 29, 2023
Read More
Scroll for more
Tap
How Are We Coping With Self Isolation: Insight From Around the Country And The World With Lauren Pinkston
Find Answers and Receive Guidance With an Online Psychic Reading