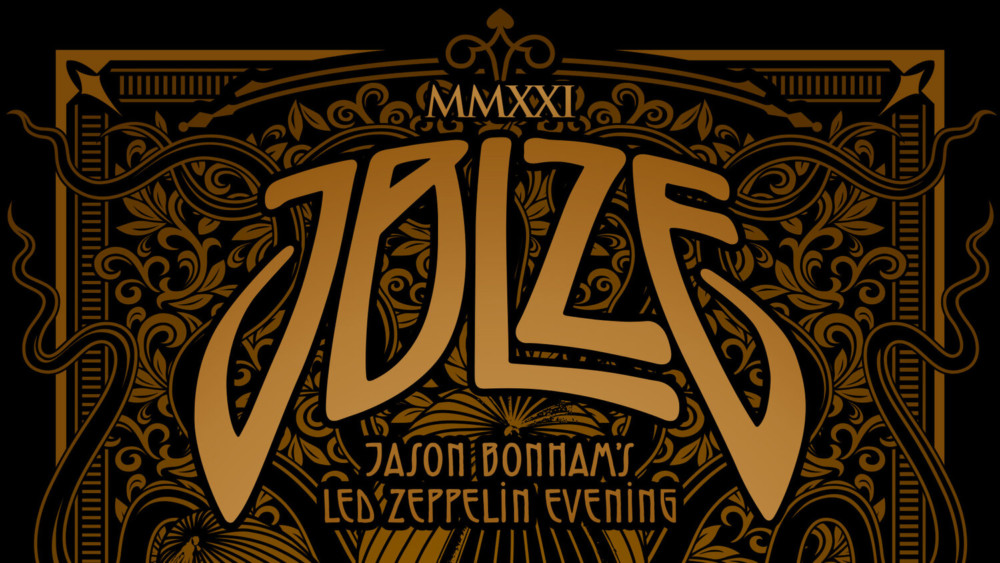 In the live album, “The Song Remains The Same ” lead  singer Robert Plant yells out after one of John Bonham patented solos: “How Bout Em, John Henry Bonham ”!

Last night Jason Bonham, with his band JB LZE entertained the Wellmont Center in Montclair, New Jersey. Like his father, Jason strings his drum kit tightly for that heavy baritone feel, especially on the foot drum which went through you out in the audience. Like his dad, Jason has the gift of taking the 4 time or one quarter note/ beat and making it a 9/8 time; Bonham further tightens up the song with his lead guitarist by changing the flow and rhythm by using triplets off the base rather than singles.

Playing 16 songs in all and only missing a few staples (Heartbreaker and D’yer Maker), Bonham played Zeppelins more popular concert songs. Opening up with the ‘Immigrant Song” was an excellent choice, After the evening’s second song: “Good Times Bad Times”, Jason Bonham took the microphone to welcome us and he spoke about his dad. It was evident from the start of just how in awe he was of his dad. Bonham would speak over the course of the night giving us antidotes about his dad, his grandmother and insights as too how the Bonham’s became drummers.

As the evening went on we were treated to “Black Dog”, “The Ocean”, “When The Levee Breaks” and the band itself wasn’t bad.Jimmy Page was replaced by a lead guitarist from Tokyo, Japan, the long locks of Robert Plant were replaced by a singer who looked more like Michael Stipe; only the bassist looked anything like a Zeppelin member. With long parted on the side hair, this was the only member who resembled anyone in the iconic band… even Jason didn’t look like his dad, John.

Jason Bonham at an early age was thrown into playing guitar by his dad. John Bonham himself was encouraged to play drums by his grandmother. Bonham was born in redditch, England. He married Pat Phillips two years before joining Led Zeppelin and stayed married to her till his death in 1980. “Bonzo; The Beast” was his two most common nicknames. A Rock and Roll Hall of Famer, Led Zeppelin members credit Bonham with the bands success. The three other band members concur that without Bonham’s innovative beats, his mixture of pattern and rhythm’s, Zep would never have been as great as they were.

Bonham single handedly gave songs like “Kashmir” and “Black Dog” an almost mysterious sound, while he gave “Fool in the Rain” a sound that may never be duplicated. He plays two different sounds at once; using the cymbals differently from his bass (a poly rhythm) playing a ghost note with sway half time shuffle. John Paul Jones their bassist called this a stomp beat.

The evenings last four songs showed us that Jason can play in the league of his dad; “Kashmir” was a strong a number as any he played uptil that point. Closing with “Stairway To Heaven” had the crowd going crazy. It was fitting that the two encore songs:” Whole Lotta Love” and “Rock and Roll” let Bonham open it up wide and let loose on the skins. Like his dad, he made what was very difficult look easy. His dad was influenced by Gene Crupa and Buddy Rich, they too could move about the drums rather quickly. Jason took a page from his dad and his dad’s idol’s and made easy work of it. The prodigal son learned well.