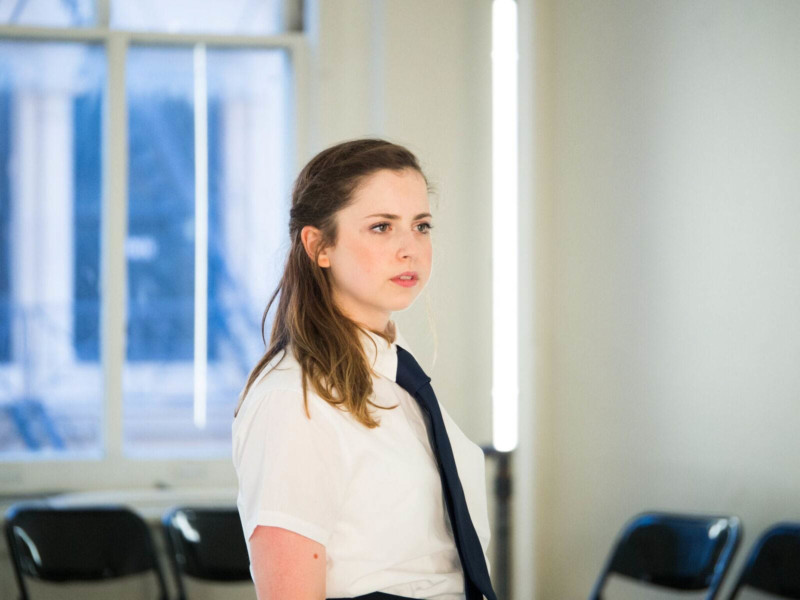 Alyssa May Gold starts previews today in Paula Vogel’s How I Learned to Drive on Broadway. She was last seen in the critically-acclaimed performance Our Dear Dead Drug Lord, where she was nominated for that supernatural performance.

T2C sat down with this up and coming actress who has been performing since she was a child.

On Broadway Alyssa was the understudy in Tom Stoppard’s Arcadia, but this is really he Broadway debut. Her screen credits include the 2002 Warner Brothers film Divine Secrets of the Ya-Ya Sisterhood and Neil Simon’s The Goodbye Girl. Her television appearances have been on The Marvelous Mrs. Maisel and NBC’s Law & Order: SVU.

This is an exciting actress to watch and we look forward to seeing her in How I Learned to Drive.