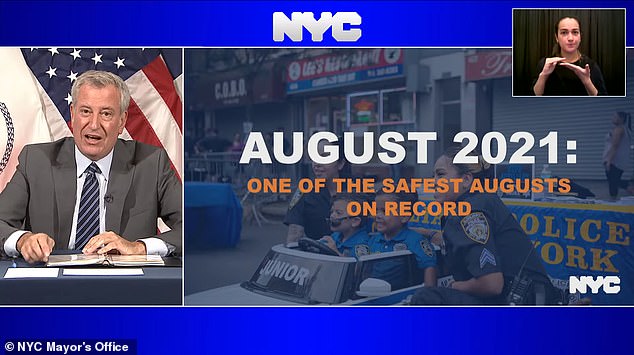 de Blasio’s bail reform has sent another tourist to the hospital. A 29-year-old male California tourist was stabbed in the stomach Friday night in Midtown Manhattan. Adan Moreno, was out of jail after two arrests. He allegedly threw the strawberries at the item who then confronted him.  Moreno then stabbed the man who was with his brother, girlfriend and two young kids on West 38th Street towards Broadway around 9.40pm.

Moreno, 29, said as he chased the victim before stabbing him in the stomach.

Witnesses led the police to Moreno, who was immediately arrested and the weapon was recovered.

Police have charged Moreno with two assaults, reckless danger, criminal possession of weapons, two charges of detrimental behavior to children under the age of 17, and five threatening charges.

However on August 7, he was arrested for hitting a 44-year-old man in the face on the corner of Hooper Street and Broadway in Williamsburg.

Two weeks later, on August 17, he was arrested again for hitting a 49-year-old man in the face at Union Square East near East 15th Street in Manhattan.

Of course this comes a week after New York City’s out of touch Mayor de Blasio announced New York City had experienced one of the safest Augusts on record.

Yet in August two armed shooters ambushed a 25-year-old man,

Now, news comes that approximately 300 inmates serving time on Rikers Island are being considered for early release.This comes after 1,500 were freed last year. The mayor wants to close Rikers and he will use any opportunity to release the prisoners.

De Blasio will not be satisfied until he runs NYC into the ground and now he wants to be Mayor. 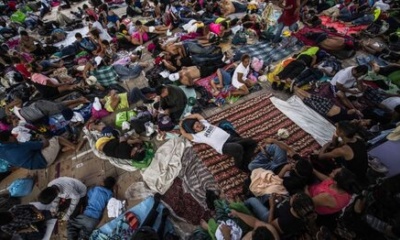