How to Hamlet, or Hamleting Hamlet Doesn’t Quite Hamlet 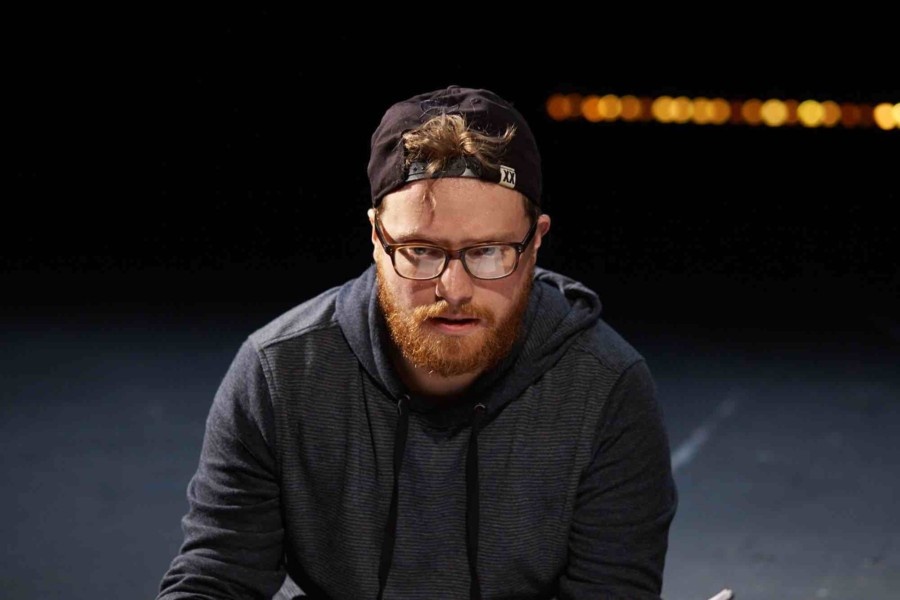 How to Hamlet, or Hamleting Hamlet Doesn’t Quite Hamlet

Theater Reconstruction Ensemble attempts to turn “hamlet” into a verb, though it isn’t clear what that means. Directed and conceived by John Kurzynowski, the play is intriguing and well-staged, though it could probably do with a through workshop and 20 more minutes of content.

Four actors find themselves in a theater, and they are prepared to watch a show, only to discover that they are the show! As panic sets in, they check the program to see what the play is supposed to be about. After a quick plot summary of Hamlet, they briefly discuss what it means to “hamlet.” They hop into costumes and get on with the show. As they move through a shortened version of Hamlet, each actor becomes possessed by the spirit of the character they are portraying. It never becomes clear to us why this is happening, but as the mystical powers prey on them, the actors take it in stride and are simultaneously freaked out by it.

The cast of four is undoubtedly talented and they deliver the Shakespearean speeches with intensity and command of the language. Often the speeches employ vernacular to summarize Shakespeare’s longer thoughts and to comedic effect. While it might be a bit difficult to follow where they are in the story of Hamlet, there are some really lovely moments. Each cast member stands out in their own way: Sam Corbin excels at drawing meaning with every word, Joshua William Gelb is the physical and comedic uplift of the piece, Emily Marro’s vocal quality from character to character is impressive and Nathaniel Basch-Gould caresses the gentler speeches with power.

The design of the production is suitably minimal, and its greatest achievement is the lighting which compliments all of the mystical happenings of the play. While the actors are impressive, the fault of the piece seems to be in the structure. It is tricky to connect exactly what it means “to hamlet” with the actions taken throughout the play. It feels like a short summary of Hamlet that ends with a beautifully delivered speech of Priam’s brutal death.

While the concept of the play is very intriguing, the delivery of the concept is muddled.