How To Play Retro Games On PC 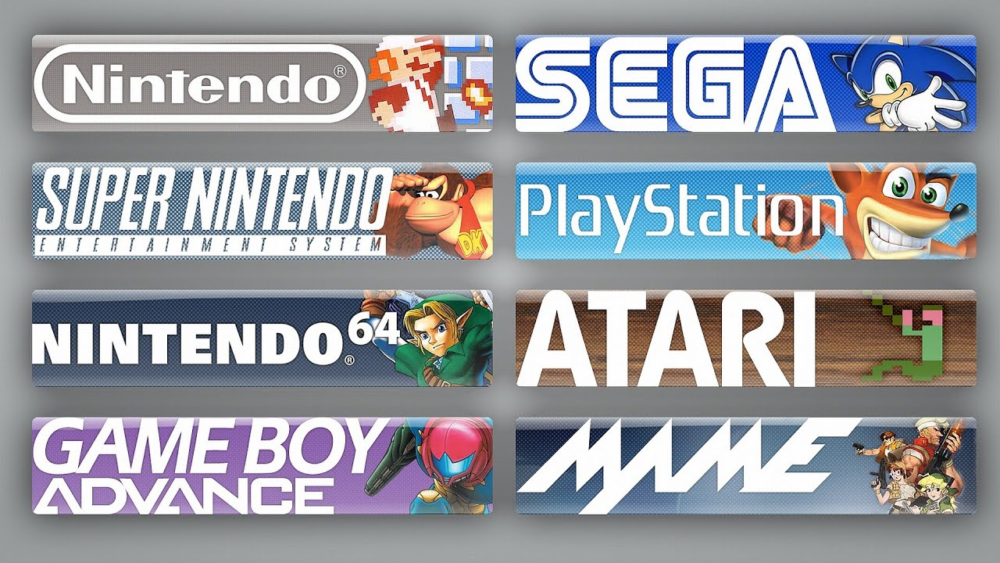 How To Play Retro Games On PC

Several decades ago, you couldn’t even dream of getting your hands on Pokemon or Mario if you didn’t have a console. If one of your friends did, he immediately became a favorite person in the class. Now, things have gotten much simpler. With emulation, you can easily transfer iconic retro-games to Windows, Mac, or Linux computers in a few minutes.

The emulator is the software that copies the functionality of the old console and maps it to your PC. Some gamers also prefer to use additional mapping tools that have wider customization options. The majority of emulators also perform the functionality of mapping software providing basic settings.

Turning your computer into a retro-console is only one part of the process. You also need the game file, ROM. It’s a ripped-off version of an official game that’s compatible with the emulator.

Emulator substitutes your console and ROM performs the functionality of the game cartridge.

How To Choose An Emulator?

There is definitely no such thing as the lack of emulator choice in today’s market. Even the rarest consoles have at least several emulation tools for different levels of user expertise. The challenge appears when you need to determine which one of dozen available picks fits your PC.

NES is one of the most emulated consoles out there and there are a lot of emulators to choose from. Our favorite one is Nestopia, a cross-platform tool for Windows, Linux, and Mac OS computers. The functionality is reasonably simple – the setup takes less than 10 minutes. Advanced settings include various graphics modes, cheat integration, and screen recorders. Nestopia is a great beginner’s choice – it’s fast and efficient.

For emulation pros, we recommend looking into FCEUX. This one goes further than a simple emulation setup – you can even hack a new ROM and modify an existing file in HEX editor.

SNES9X is our favorite emulator of Super Nintendo. The tool proved to be compatible even with rare ROMs and has a ported version for each popular OS. The emulator even has a mobile version and can be synchronized with Android and iOS smartphones. In terms of universality, it’s your best shot.

By performance, business wins without a doubt. The emulator’s performance does wonders – the software handles large ROMs without a single error. That said, the tool requires a powerful CPU – so that’s more of a professional alternative.

Here, your goal is to find the console that will support all common Sega consoles – Game Gear, Genesis, Sega CD – so you won’t have to download an individual too for each one. We found such a solution – and it’s Kega Fusion, one of the fastest Sega emulators out there. This emulator borders the amateur and professional grounds, offering simple customization as well as advanced settings for pros.

Playstation is the emulation leader of the market, and getting overwhelmed by offers is a real possibility. We tested each popular tool on the market, and finally chose PCSX – the most functional PS emulator with cross-platform support. The tool is frequently updated and tested, getting better with each new release.

ROMs are divided into two main categories – homebrew and official versions. Which ones are better? Let’s take a look.

Homebrew ROMs are created manually by fans who adapted the official version to a particular OS or emulator. These files aren’t supported by multiple OSs and usually are considered illegal. However, they are free and well-designed – so that’s a plus.

Our favorite source of ROMS is scph1001.bin download library. It’s detailed and universal – especially if you are a PlayStation fan.

You can get ROMs in online libraries – just google the name of the console and add the keyword ‘ROMs’. You’ll see large catalogs of gaming files with descriptions and screenshots of each ROM.

After you’ve installed the emulator and downloaded ROMs, the first step to transferring the functionality is keyboard configuration. You need to assign the function of the console to certain keys on your keyboard.

In original game cartridges, the data was automatically recorded in the same files that were connected to the game files. Emulators create separate files for progress updates. SNES, for instance, makes an SRM file with the player’s progress. You can exchange these files with others, copy data on multiple devices, or reset all performed actions.

Emulation allows benefiting from technical progress while keeping the essential experience the same. It’s simple, fast, and very enjoyable; you only have to get through the setup stage – later the games will be up and running in a matter of seconds.