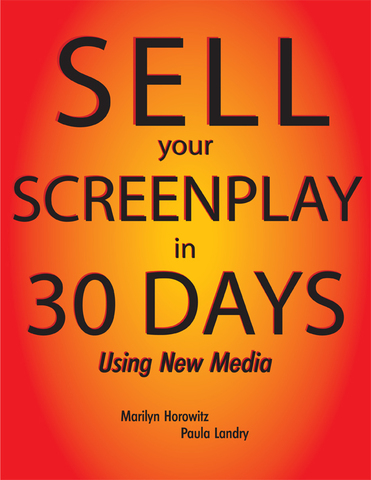 How To Sell Your Screenplay In 30 Days

How To Sell Your Screenplay In 30 Days

Have you completed a screenplay and wondering what to do next? You need a plan, a marketing plan!

Taught by award-winning New York University professor and writing coach Marilyn Horowitz, this interactive workshop offers step-by-step instructions on how to sell your screenplay using new and traditional media. Get the tips and tricks you need to market and sell your work in a systematic and fun way!

Topics Include:– Why social media is key and how to use it most effectively
– How to create the key tools you need to sell your screenplay
– What steps to take and in what order
– How to keep momentum in the marketing process
– Key tricks to make the marketing process fun and engagingMarilyn Ida Horowitz is an award winning New York University writing professor and consultant, who has taught thousands of aspiring screenwriters to complete their works using The Horowitz System®, a trademarked writing system used in book editions for college, high school and middle school. Horowitz served a full tenure as judge for the Fulbright Scholarship Program for film and media students, and received the New York University Award for Teaching Excellence in 2004. She has produced and consulted on several films, including the Warner Brothers feature, And Then Came Love (2007). Her political thriller, The Book of Zevwas released on December 1, 2014. She is also a contributor to the Amazon bestseller, The Voyage to Your Vision. The new edition of Sell Your Screenplay in 30 Days Using New Media written by Horowitz, and producer, media business & marketing consultant Paula Landry, MBA is now available.