How Vaping Culture is Contextualised on Social Media 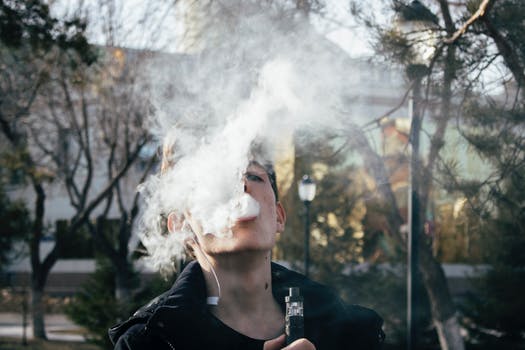 How Vaping Culture is Contextualised on Social Media

Social media is changing everything. Years back, we used it only for the purpose of communication. Today, social media is evolved into many other areas, including giving businesses a boost.

This is particularly true for the development of vaping culture. It is a relatively new industry that has been on its rise for the last few years. Still, you can find a lot of vaping posts on Facebook, Twitter, Instagram, YouTube and other social nets. This shows how many people in the whole world enjoy a novel way of smoking.

How Does It Work?

Social media is a good place to start your research on vaping. Here you can find both positive and negative reviews of various e-cigs and popular vape flavors, tips on using vape products or tutorials on cloud chasing.

All these posts are part of marketing strategy. The companies have official accounts on several social platforms. But they do very little marketing. The majority of information is posted by ordinary consumers or fans. So, there are three types of people who do this:

There is an abundance of vaping messages on social media. And it has been growing every year. They can influence buying choices.

Teenagers respond best to such ads.  When they see their peers making vape tricks or talking about the delightful taste of an e cig juice, they are very likely to buy the featured product.

Perhaps, the most famous vaper who draws the attention of young people is Austin Lawrence. Notorious for his tricks, he makes videos of himself manipulating vapor in ways that seem to defy all rational laws of physics. The videos get thousands of views and shares around the internet. Lawrence uses his Instagram account with almost 2 million followers as an advertising platform for his own vape brand.

The accuracy of data on social media depends on who is posting it. How do you know that they are not lying to you? Maybe it’s just a hater of the new smoking practice.

No matter how old you are, be wise and think critically. Does a person refer to some study or simply express an individual opinion? Before jumping to conclusions after reading a negative tweet or Instagram post, look for the facts.

In addition to posts, teenage users are exposed to direct advertising on social media. Facebook prohibits paid tobacco advertisements. But the platform is full of brand-sponsored pages for vape products.

Facebook’s weak control over these ads is blamed for the popularization of e-cigs among teens. The tobacco industry has always targeted adolescents. Vaping follows the same route.

Young people are active users of social nets. Robert Jackler, a professor at Stanford, saysthat “If you want to reach teens in 2018, the place to do it is via social media”.

Traditional cigarette smoking in the US has dropped to historic lows. And it seems that e-cigarettes are the reason. In fact, vaping gained such an impressive popularity among former smokers because it helped them to quit tobacco.

Scientists and officials start to express concernsfor the increasing number of vaping teenagers. In contrary to desperate struggling smokers who choose it as an alternative to smoking, most teenagers choose it as a lifestyle.

Vaping is attractive for young generations for many reasons. When e-cigarettes began to gain popularity, they were legal for young people. They implied a minimum level of danger, something youth knew they shouldn’t do but that seemed not as harmful as a regular cigarette.

Now, these products are only for sale to adults at least 18+ years old and nicotine-containing liquids have warnings on the labels. But neither age restrictions no warnings can stop teens under 18 from following the current trend.

In addition to the apparent reduction in health risks, vaping comes with a price advantage. Vape liquid is usually cheaper than cigarettes.

The initial skepticism to vaping still lingers. Could the cigarette substitute ever become cool and fashionable? However, it is becoming a mainstream while traditional smoking among young people is heading down. And the wide variety of flavors is often cited as a primary reason youth starts using e-cigs.

A study proves that a variety of e-juices is a credible reason that vaping is getting this sort of publicity. The aim of the study was to investigate how the use of flavored e-cigarettes varies between three groups:

Most vapers said their first and usual e-cigarettes were flavored. 98% of Texas school students, 95% of Texas college students, and 71% of young adults nationwide said that their first e-cigarettes tasted not like tobacco. Fruit and candy flavors prevailed in all groups. For youth, flavors were a leading reason to try e-cigarettes.

Vape-centered social media hype and the popularization of blogs, videos, and pictures about vaping made it undeniably fashionable. Vaping is the new cool. It developed its own culture with its competitions, lounges, games and tricks. And since there are no scientifically proven facts that vaping cannot be safer than traditional smoking, the predictions for the culture are optimistic.

About the Author:Phyllis Baker is the blogger and PR manager of the biggest US quitting smoking community. She writes about health, lifestyle and self-development.

Suzanna BowlingJanuary 25, 2023
Read More
Scroll for more
Tap
Tips to Help You Lower the Cost of Your Dental Implant Surgery
How to Prepare for a Fun and Epic Road Trip