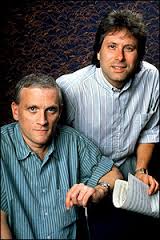 Ghostlight Records will release the premiere cast recording of the musical Kurt Vonnegut’s God Bless You, Mr. Rosewater – based on the recent production by the New York City Center’s Encores! Off-Center musical theater series – in digital and physical formats on Friday, July 28. The album will is available for pre-order. Adapted from Vonnegut’s 1965 novel, this was the first musical written by the blockbuster team of Howard Ashman and Alan Menken, before their theater success with Little Shop of Horrors and their animated Disney hits The Little Mermaid, Beauty and the Beast and Aladdin.  The production was directed by Michael Mayer and choreographed by Lorin Latarro. Chris Fenwick serves as Music Director. The CD’s 28-page full-color booklet includes complete lyrics, production photography, a synopsis and essays from director Michael Mayer and Thomas Schumacher, President of Disney Theatrical Group.  The album is produced by Alan Menken and Michael Kosarin, with Rick Kunis serving as executive producer. For more information on the recording, please visit sh-k-boom.com/god-bless-you-mr-rosewater. 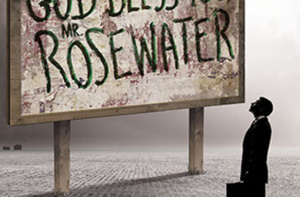 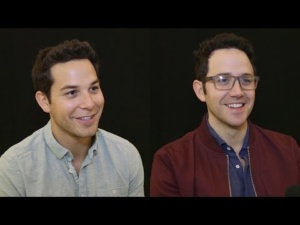 The 1979 musical God Bless You, Mr. Rosewater tells the story of Eliot Rosewater (Santino Fontana), a millionaire who drunkenly decides to blow his fortune on the inhabitants of an impoverished town after being inspired by the utopian vision of novelist Kilgore Trout (James Earl Jones). But there are forces who want to put the kibosh on Eliot’s philanthropy—like Norman Mushari (Skylar Astin), a lawyer plotting to have Eliot declared insane. With an irresistible crazy-quilt score that volleys between pop, ragtime, Gilbert & Sullivan, and proto-Disney ballads, the Encores! Off-Center production featured never-before heard orchestrations by Danny Troob.

Kurt Vonnegut’s God Bless You, Mr. Rosewater features book and lyrics by Howard Ashman, music by Alan Menken, and additional lyrics by Dennis Green. It was originally presented by The WPA Theatre, where it was directed by Howard Ashman.

Alan Menken is also represented on Ghostlight Records with the cast recordings of A Bronx Tale, Newsies, Sister Act, The Hunchback of Notre Dame, Leap of Faith and The Apprenticeship of Duddy Kravitz. The label served as executive producer for Aladdin.