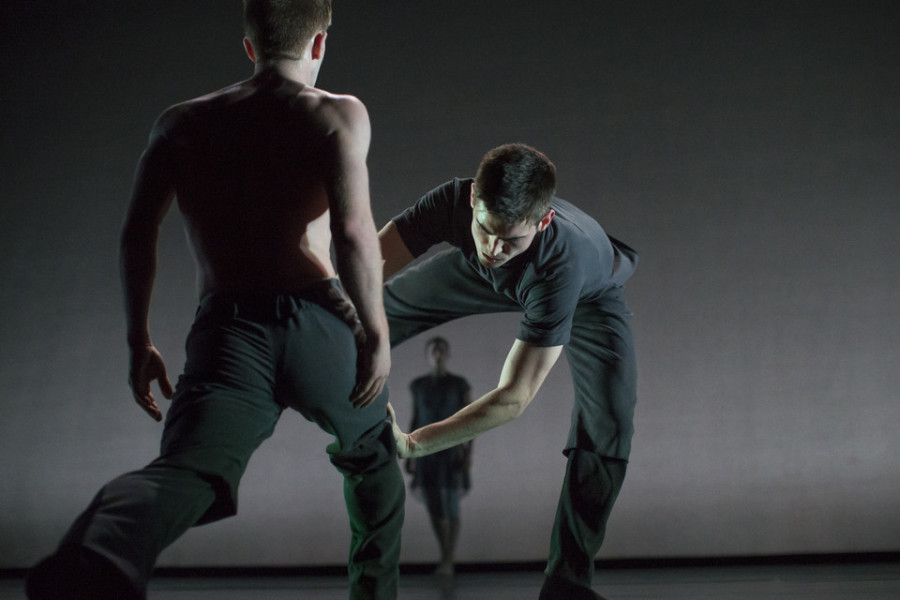 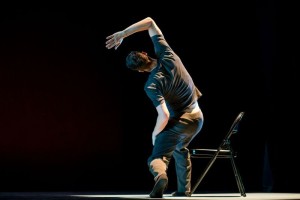 Needing a well deserved break from the holiday hustle and bustle of downtown Chicago, I was thrilled to attend the oasis that was the Hubbard Street Dance Chicago Winter Series. Presenting four bold and indelible new pieces, all crafted by a talented quartet of ascending and proven choreographers of the female persuasion. The individual dances ranged from frantic to sublime, passionate to bleak, powerful yet entrancing. Offered over a single weekend, the second week of December, this fusion of movement was a necessary jolt to this holiday weary viewer. The four women’s work, celebrated through movement, included Chinese-American choreographer Yin Yue, Princess Grace Award–winning artist Robyn Mineko Williams, and Hubbard Street Dancers Penny Saunders and Crystal Pite.  Each bestowed their own unique world view, nurtured and cultivated through a dizzying array of whirling & twirling entertainers with respect to the art form. 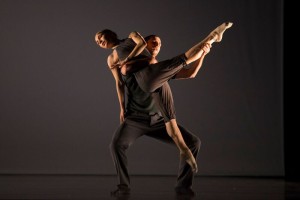 The first piece, A Glimpse Inside a Shared Story by Yin Yue,  featured a cast of five dancers, Natalie Leibert, Adrienne Lipson, Katlin Michael Bourgeois, Zachary Enquist and Elliot Hammans, who represented everything “F.”  Fast, furious, fierce, ferocious with laser point focus.  The precision of the crisp arm movements, and the tight syncopation, was visually dazzling.   The athletic choreography exploded across the stage with dancers featured in costumes designed by Rebecca M. Shouse and lighting by Julie E. Ballard.  Set to music by Gas, Machinefabriek, The Advent and Jason Fernandes, the primary themes of Yin Yue’s choreographic work are “emotional experience, conflicts, and relationships in all their complexity”  and that was impeccably reflected on the stage.  The performers transitioned from individual solos to intricate group numbers effectively and effortlessly.  This was a powerful, bold and brazen launch to the night. 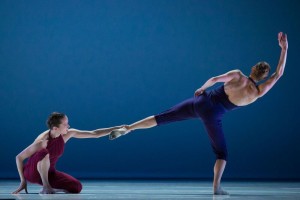 If the first number was about fury and intensity, the second piece, a Harris Theater debut by Robyn Mineko Williams, Waxing Moon, was far more intimate and sensual. A compelling trio of dancers, Andrew Murdock, Jacqueline Burnett and Jason Hortin exemplified strength, balance, grace and authority.  The mesmerizing piece began with a single figure, resting solitary on a folding chair, shrouded in a 10 foot box of light (lighting designer Burke Brown). This piece spoke to the command of the body and I was completely transfixed.  With music by Robert F. Haynes and Tony Lazzara and costume design from Hogan McLaughlin, Williams fourth creation for Hubbard Street was nothing short of captivating. 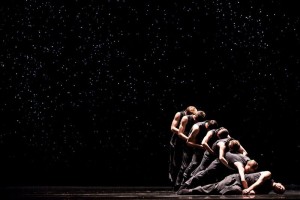 Out of Keeping, by Penny Saunders, was a world premiere for the Winter Series, and featured the largest number of dancers assembled for the evening. Kellie Epperheimer, Jesse Bechard, Jessica Tong, Michael Gross, Emilie Leriche, Jason Hortin, Alice Klock, Andrew Murdock, Alicia Delgadillo and Kevin J. Shannon all adorned in jewel tone costumes created by Branimira Ivanova.  This ambitious piece consumed the widest use of the staging and performance space.  Unique to this, the décor by lighting and visual designer Michael Mazzola, added an extra dimension.  The dancers’ shadows projected on the large screen behind them brought grandeur and bravado to the ending segment’s visuals.  Saunders commented of her work, “the fact that every place is always changing and moving forward, whether or not you are there. This new piece is, in part, my way of forging a dance within that truth.” The score featured a wide-ranging collection of music including recordings by Icelandic artist Ólafur Arnalds, Domenico Scarlatti, Volker Bertelmann, Hilary Hahn, and Danny Norbury. 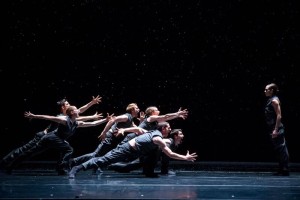 The final piece, Solo Echo by Crystal Pite, drew inspiration from poet Mark Strand’s Lines for Winter. “Solo Echo presents a man reckoning with himself at the end of his life,” described Pite. “The character is echoed — copied, reiterated, by seven different dancers, Jesse Bechard, Jacqueline Burnett, Kellie Epperheimer, Michael Gross, Emilie Leriche, Florian Lochner and Andrew Murdock. He is portrayed through both male and female bodies, and through various physiques and strengths. Each performer is a distinct and nuanced version of the character, and the connections between them evoke a man coming to terms with himself.”  Set against a stark and ominous back drop of falling snow, music by Johannes Brahms, and sumptuous lighting by Tom Visser, the dancers, cloaked in monochromatic costumes designed by Joke Visser and Crystal Pite, intertwined with magnificent grace.  The most theatrical of the four pieces, this also read as the most desolate and isolated.  As though a complete lifetime passed in just twenty minutes.   The fluid movements of the choreography deliberate and astounding.  Simultaneously heartbreaking and life affirming.

Hubbard Street Dance Chicago Winter Series celebrates four innovative artists and presents their evocative works in one compelling arrangement.  Exploring a range of themes from the intimacy of passion to the liberation of self acceptance. Merging electrifying and cutting edge choreography, both classical and contemporary dance techniques, wholly wrapped in dynamic staging, this sanctuary for the senses will delight any fan of dance.  See it while you can.