Huge sigh of relief for Liverpool as EPL board decides to delay the Premier League, not cancel amidst COVID-19 pandemic 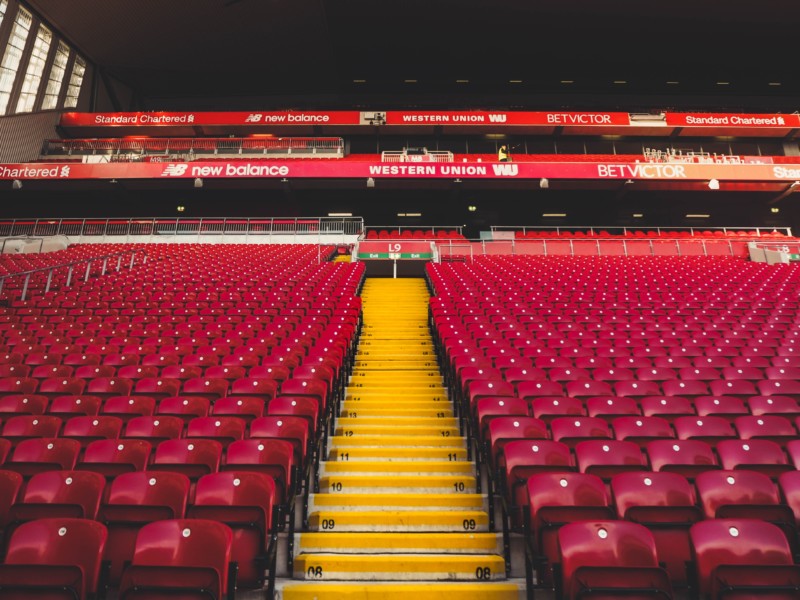 Huge sigh of relief for Liverpool as EPL board decides to delay the Premier League, not cancel amidst COVID-19 pandemic

Liverpool was set to win the 2019/20 league; they need just six more to clinch a first title since 1990 and to safely secure their place. For the first time in 30 years, the Reds were most likely to win, as stated by ex-Manchester City legend Joleon Lescott and were going to bring home the long-awaited Premier League title and cup. Now, we’re not so sure there is a Premier League 2019/20 season at all. The Coronavirus pandemic has created chaos and uncertainty all over the world. Many events such as the Masters, and tennis’ French Open have been postponed. Horse racing’s flagship race, the Grand National, and the London Marathon have also been called off for now.

Unfortunately, for the Reds, this type of opportunity comes around once in a while. To have performed as Liverpool have this season is a difficult feat to replicate. After yesterday’s emergency meeting, the Premier League has announced professional football in England will be further postponed until at least April 30 as governing bodies committed to extending the current season indefinitely. Following this announcement, Liverpool are on course for the latest ever finish to a campaign.

Fortunately for the Reds, it has now been confirmed and an agreement has been made to make sure the Premier League campaign is “extended indefinitely” handing Liverpool the chance to become champions. Critical talks took place across yesterday (19th March) morning with all 20 clubs from the Premier League represented as the governing bodies thrashed out a plan going forward to combat the ongoing spread of the coronavirus.

The Premier League board claimed: “our Board has agreed for this limit to be extended indefinitely for the 2019-20 season in relation to professional football. Additionally, we’ve collectively agreed that the professional game in England will be further postponed until no earlier than Thursday 30 April.

“We will continue to follow Government advice and work collaboratively to keep the situation under review and explore all options available to find ways of resuming the season when the conditions allow.”

Many leading figures at the EPL club also voiced their opinions as to how the Premier League should continue. Surprisingly, the vice-chair at West Ham United Karren Brady argued the football season should be declared “null and void”. Rising to Liverpool’s defense, Brighton and Hove Albion’s chief executive Paul Barber said that option would be “incredibly unjust” for league leader Liverpool, which sits 25 points clear and is searching for its first domestic title in 30 years.

This seems to be a fairly good decision in Liverpool’s favour as other scenarios would’ve involved either a complete cancellation of the 2019/20 campaign or matches played behind neutral, closed stadiums. Imagining the Reds having to lift their first Premier League cup in 30 years in front of no fans is very harsh. Luckily, the Reds have been saved from a very unfortunate end. In other good news, Aston Villa a chance to try to escape the relegation zone.

However, such uncertainty also poses a financial risk to clubs, with questions remaining over how the league will manage the TV deals and sponsorships that have been disrupted by the suspension. Everton, West Ham and Bournemouth soon joined Chelsea, Arsenal, Leicester and Watford in putting their squads into self-isolation after the outbreak and will resume training individually with fitness programmes and equipment sent to each player.

Health and wellbeing of the staff and players are the main priorities and with Arsenal manager Mikel Arteta and Chelsea star Callum Hudson-Odoi who have tested positive for the deadly bug, the decision to delay/cancel football leagues seems to be a wise one. We can only hope and pray that in a month or so, the Premier League and other leagues are up and running successfully once again.

WriterJune 15, 2020
Read More
Scroll for more
Tap
Kayaking with Your Kids: Here Is What You Need to Know
What will happen to the Premier League now?