I Am Still Perplexing After The Perplexed 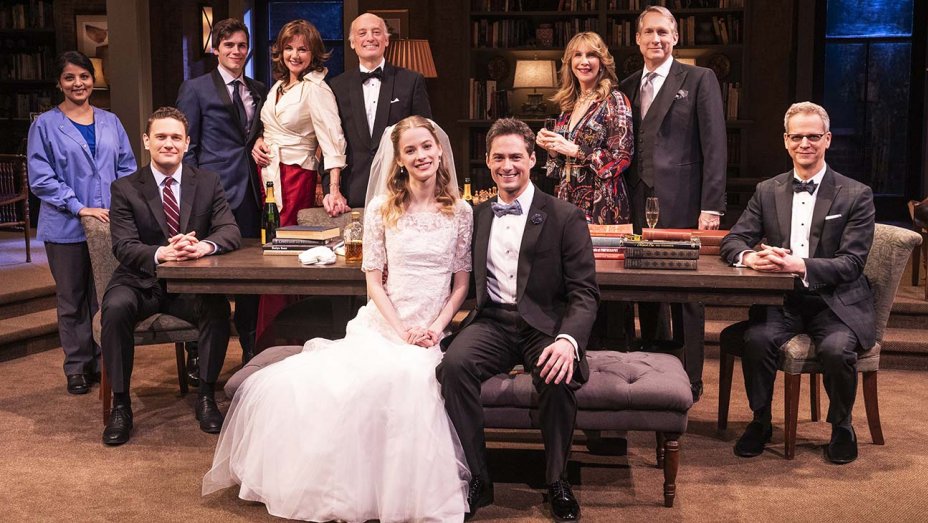 I Am Still Perplexing After The Perplexed

The cast of The Perplexed photo by Matthew Murphy

The ten person cast has some of the best actors in theatre. The playwright Richard Greenberg’s is a 2003 Tony winner for MTC’s Take Me Out getting a revival this spring and his new play, The Perplexed is receiving its world premiere at Manhattan Theatre Club. This wedding between two political, wealthy families, is wordy and long winded without saying anything, This lavish affair is over two and a half hours long and we are trapped in there with them.

The “action” takes place in the library of a fancy Fifth Avenue apartment, as a large wedding is being held in a gold entrusted ballroom just beyond the door. Santo Loquasto’s set is opulent and incredibly detailed unlike the plot. The bride Isabelle (Tess Frazer) and her groom Caleb (JD Taylor), families got into a tiff years ago. Today the two are bringing their families back together as a reception, dinner and a wedding at midnight are to take place. Hosting this shindig is is Isabelle’s (unseen) 92 year old grandfather Berland, a slumlord real-estate tycoon, who can’t keep his hands to himself.

On Caleb’s side, his parents the overly helpful Natalie (Ilana Levine) and Ted (Gregg Edelman) who feel’s connected to Micah. It seems Ted and Evy had a thing and the result was much more than they let on.

There is discussions on Micah’s new found career, Cyrus’ unrequited love and a physical brawl between Joseph and Berland, which we only hear about. Unfortunately this self-indulgence drawing room comedy, lacks humor and is just long winded.

Lynne Meadows laid back direction does not help this piece, however her cast is well assembled and does their best to breath life into this work.

Nothing happens, or if it does it went over my head and left me certainly perplexed.