If You Are Protestor in NYC There Are No Rules! 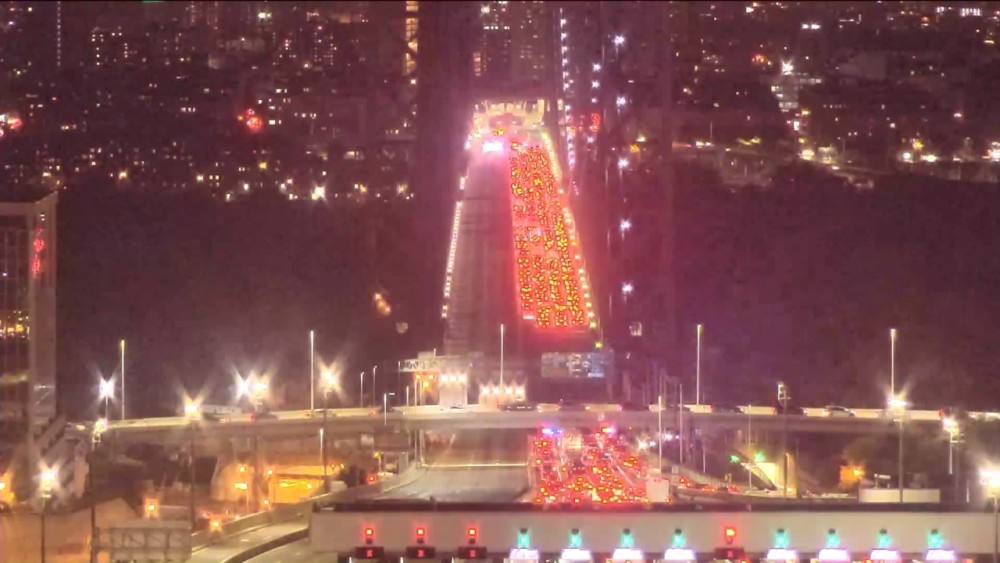 If You Are Protestor in NYC There Are No Rules!

Black Lives Matter protesters blocked the George Washington Bridge into Manhattan last night, making it a nightmare for hundreds. Their protest closed off traffic for approximately 20 minutes, before marching into a police precinct for a fight with the NYPD.

Hawk Newsome, the leader of the Greater New York chapter of BLM, tweeted their accomplishments. He was the instigator of this mostly maskless demonstration, calling to arms his intention on Thursday. He tweeted: ‘Roll with us Saturday as we Shut S*** Down. @blmgreaterny @Boogie Down Bronx.’

The group started in the Bronx and marched to Washington Heights before moving to the bridge. They moved to the West 183rd Street and Broadway precinct.

You can see pictures here.

As you can see these maskless protestors are not fined, not jailed, don’t have to follow rules and are given carte blanche to disrupt lives, destroy property and act like inmates in an asylum. And what does Our Mayor and Governor do……..NOTHING, yet business are forced to close down for exactly what is happening here. DISGUSTING!