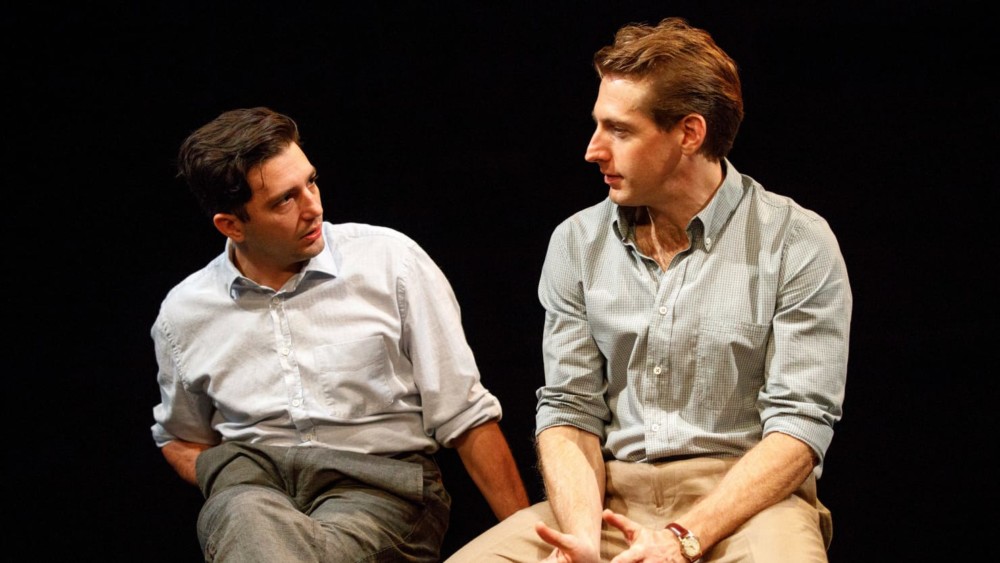 Illyria Where Theatre History is Unrecognizable

Illyria Where Theatre History is Unrecognizable 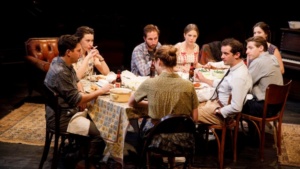 The cast of Illyria Photo by Joan Marcus

Who is theater for? Should artists be paid a decent wage? These are the questions you will be asking yourself after seeing Richard Nelson’s Illyria.

I have to admit I am not a big fan of playwright/ director Richard Nelson (The Apple Family and Gabriel Family plays). I don’t exactly want to watch people having a conversation and not be in it. Illyria, takes Nelson’s material to a new kind of low energy, where had I not read my playbill, I would not have known one of the characters was Colleen Dewhurst (Rosie Benton), one of my favorite actress’s of all time. To think those sandwich’s were being served in Ms. Dwehurst’s and George C. Scott’s UWS apartment. We are supposably watching the birth of the New York Shakespeare Festival, but what it seems like is catty people bitching about the state of the arts.

This almost two hour intermissionless play is in three scenes during the spring and summer of 1958, during meals and talk we hear how broke the state of the arts is, while trying to get their theatre off the ground. Papp is annoyed that Vaughn is selling out, in his opinion to  Ellis Rabb’s and the Phoenix Company. Vaughn is furious that Papp wants to cast his wife instead of newcomer ((Naian González Norvind) as Olivia in Twelfth Night. The two come to a parting of the ways, even though his wife is Papp’s assistant. Think that might have caused some friction in that family? Not in this play.
What we really never see is Papp’s conflict with Robert Moses’s Parks Department. We hear about it, but this would have been interesting drama. Papp’s taking the Fifth Amendment before the House Un-American Activities Committee was also left out. The most interesting section falls in the last scene as Papp talks about a collapsing stage and a city garbage truck.
The show is so low key that you can barely hear the actors and it is hard to comment when nobody seems to be acting.
Lincoln Center wanting to get Papp kicked out because they wanted a theatre and a park, is interesting. Watching people talk around a table is not. I am a huge history buff and especially, when it comes to the entertainment field. In this case, I would rather search the internet or read a book on the subject, which I did. Now that was interesting.