In Conversation With Austin Pendleton Part 1 and 2 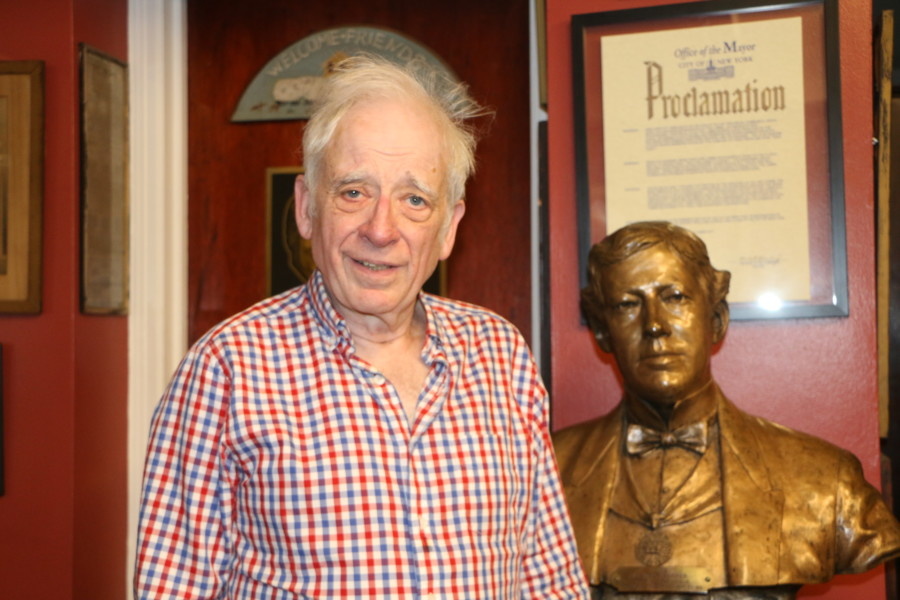 In Conversation With Austin Pendleton Part 1 and 2

Tony nominee Austin Pendleton and Peter Bloch are co-directing a new take on The Glass Menagerie, beginning October 3 at the Wild Project.

T2C had a chance to talk to this wonderful director/ actor/ writer and teacher. The talk was so intriguing, we broke it into three parts. In the second part Austin’s mic slipped and the conversation was about Blanche DuBois and how Tennessee Williams saw her. It’s not my favorite edit, but I kept the section because it was so profound.

Pendleton first received critical acclaim in 1964 for his performance as Motel in the original Broadway cast of Fiddler on the Roof. He appeared in The Last Sweet Days of Isaac (for which he won the Drama Desk Award for Outstanding Performance and an Obie Award), The Diary of Anne Frank, Goodtime Charley, and Up from Paradise as well as many other plays. In August 2006, Pendleton played the Chaplain in Bertolt Brecht’s Mother Courage and Her Children with Meryl Streep and Kevin Kline in the New York Shakespeare Festival/Public Theater production directed by George C. Wolfe at the Delacorte Theater in Central Park, New York City. In 2007, he appeared as Friar Lawrence in the Public Theater’s production of Shakespeare’s Romeo and Juliet at the Delacorte Theater.

Pendleton wrote the plays Uncle Bob, Booth, and Orson’s Shadow, all of which were staged off-Broadway.

As a director, Pendleton has worked extensively on and off Broadway. His direction of Elizabeth Taylor and Maureen Stapleton in Lillian Hellman’s The Little Foxes garnered him a Tony Award nomination in 1981.

In 2009 Pendleton directed Uncle Vanya, starring Maggie Gyllenhaal and Peter Sarsgaard, at the Classic Stage Company. The same year he directed Tennessee Williams’ autobiographical play Vieux Carré at The Pearl Theatre Company. His 2011 directing of Three Sisters won him an Obie Award. In 2012, he directed a production of Detroit at the National Theatre in London, England.

He teaches acting at the HB Studio and directing at The New School, both in Greenwich Village.

Pendleton most recently was at the helm of the Off-Broadway play Life Sucks and is starring in an upcoming regional production of Glengarry Glen Ross in Ohio. Last year Austin appeared in hit Broadway show Choir Boy.

Suzanna BowlingJanuary 24, 2023
Read More
Scroll for more
Tap
Last Out Elegy of a Green Beret Honors Our Veterans
Get Ready for the 31st Festival Of New Musicals From National Alliance for Musical Theatre