In Conversation With Norbert Leo Butz 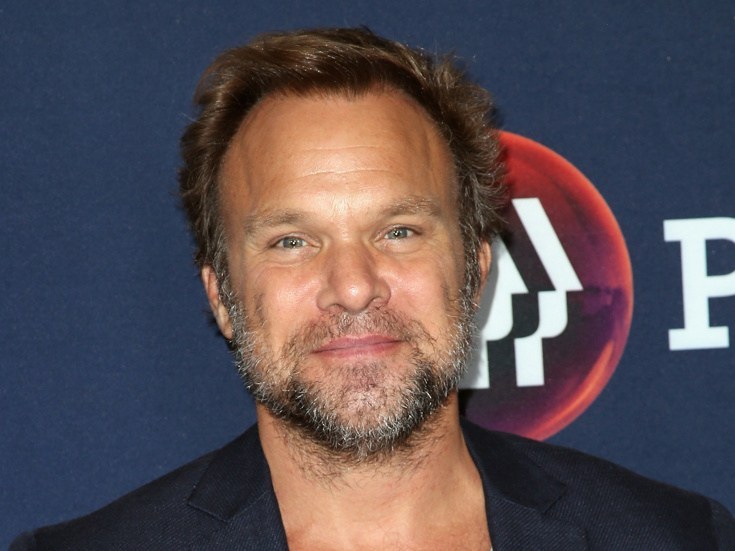 In Conversation With Norbert Leo Butz

His Off-Broadway credits include The Last Five Years, Songs for a New World, Savedand Juno and the Paycock.

Butz’s has made a name for himself in film (Better Living Through Chemistry)and TV with The Deep End, Smash, Mercy Street and Netflix’s Bloodline to name just a few.

On of Norbert’s love is teaching and  in 2008 Butz taught at Drew University, Madison, New Jersey for the spring semester in the drama department.

However, music is one of Butz’s many passions. He has just The Long Haul breaking new ground. Though Butz’s has been on several albums such as Memory & Mayhem, Girls, Girls, Girls, and The Angel Band Project, a benefit album for a NFP organization (for which Butz serves as a board member) that offers music therapy to survivors of sexual violence and domestic abuse, this is his first self-penned album.

T2C had a chance to talk to this intelligent and prolific talent.

T2C: Where can we see you next?

Norbert Leo Butz: More in film. I don’t have any plans right now for theatre.

T2C:Yes, I read that you have three films coming out.

Norbert Leo Butz: Yes, Luce is out now and is based on an Off Broadway play. It’s a really interesting film and it’s a conversation starter. It’s about race in a way I never thought of about it before.

Give and Take is by first time director Paul Riccio and it is my first time leading a film. We shot on Cape Cod, which was beautiful but cold. It’s a comedy, but a real story about a recently widowed middle age gay man who buries his partner and has to deal with the homophobic son of his partner. It doesn’t try to reinvent the wheel but tells how the families that you end up with are not the families you born with. I was drawn to the film because we are in a time when right wing values have come into our political discussions. I think it is important to talk about gay couples and people who are transgender. When it comes down to it, this is gentle film about grief with a light touch.

Flag Dayis a dark story Sean Penn has directed and is starring in. It is based on a memoire by a really wonderful writer Jennifer Vogel with a screenplay by Jez Butterworth. Jennifer grew up in a criminal family. Her father was a flim flam man. Her father was a criminal throughout her entire lifetime I play this young women’s stepfather who is also a very sketchy figure and a fascinating character. Sean Penn’s daughter is playing the lead and she is a wonderful actress. She is the same age as my daughter it and it  was wonderful see what a loving father Penn was.

T2C: Tell us more about your album The Long Haul.

Norbert Leo Butz: This was definitely a long haul. I have been a working actor for 30 years, I started writing songs for therapy. I don’t think they start out as that, but I end up working out tough things that I have been through. I don’t do this every day, but  when I’m on a set or between jobs. I have been collecting them like polaroid’s, especially when I was doing Bloodlines. In the Florida Keys, there was a lot of downtime. By the time I finished Bloodlines, I had a lot of songs. I called a friend Jason Lochland, who plays guitar and does instrumentations. I would record one then go out and be on set. It took three years. I almost ditched it, as it took all of my attention and I am not a great multitasker.

T2C: What is your favorite song off the album and why?

Norbert Leo Butz: The title song. I grew up loving gospel music and my dad loved gospel, so the album has a gospel tinge. One of my daughters was going through a hard time, this was a song to encourage my kid to keep on fighting. “Mary Grace”, I wrote a long time ago when I was getting a master’s degree at the Alabama Shakespeare Company. I was invited into that company and spent five years. I had a band at the time where we played bars, coffee houses and road houses. I went to High School with a girl who fell on really hard times, so the song is special to me. I wrote it to remember.

I sometimes feel torn between my music and theatre.

T2C: From the songs I have heard, the album seems to have a country blue grass feel. Is that where you are headed musically these days?

Norbert Leo Butz: Yeah I think so, I try so hard to create a classic Beatle type pop sound and it always comes back to this Americana style. Its in my DNA. I grew up in Saint Louis Missouri in a rural area and it was AM country radio and church music. Gospel blues music was part of the heartland and so my ear is drawn to it.

T2C: Is there something in your career you have not had a chance to explore?

Norbert Leo Butz: Sometimes I feel guilty as I don’t necessarily have a dream role. I really do want to do more classical work. I did so much Shakespeare and I haven’t done any for a long time. There have been opportunities, but the timing was wrong. I would love to do Iago, The Scottish Playor one of the comedies, Much Ado. I would also like to put together really great blues rock band and tour.

T2C: When you are writing songs what is your process?

Norbert Leo Butz: It’s not one process. The smart phone has radically changed how I write songs. I am in my car a lot and I sing a lot. I’ll grab my phone and sometimes it’s a group a words or a melody. I will go to a voice memo, grab a guitar or sit at a keyboard. I start about five songs a day, but finish one a month. I am kinetic person. Songwriting is slow going, its solitary so its lonely, but when I finish one, I get a sense of accomplishment. It doesn’t come naturally. I am trying to get braver in working with other musicians. If their moved, they will start jamming. You can tell by how they are attacking the instruments. Not being afraid to put it out there and not get criticism, is what I am working towards.

T2C: Will we see you on the Broadway musical stage again?

Norbert Leo Butz: I think so. It’s the greatest experiences in my life. I love musicals it’s a holistic experience, it takes all of me.

T2C: The say that eyes are the windows to the soul but I think songs are. What song or cycle of songs describes who you are?

Norbert Leo Butz: Songs that kinda of get to the spiritual side of things. That show what’s going on underneath the realm, that take the listener on a story, even its mundane. I want to know who the singer is. Somebody who has experienced a lot of joy, a lot of sorrow, that is about resilience or healing. That are songs greatest power, that of immunity. My favorite artist do that. Music is our common language.

T2C: What Would you like our readers to know about you?

Norbert Leo Butz:There are lot of other jobs that I could see myself doing. I am a deeply curious person. I get easily distracted by things that catch my interest. I spend a lot of time thinking about doing other things. History philosophy, teaching, I have come close to being part of a facility. I love to read books and write. I also think I should have been a professional tennis player. I dream of winning a Gran Slam title, though I have never played a competitive tennis. Maybe that’s why I became actor. 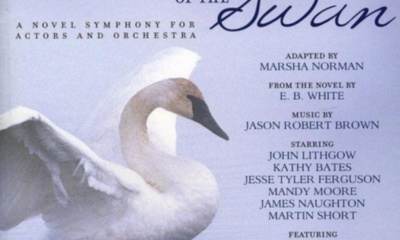 Suzanna BowlingNovember 19, 2020
Read More
Scroll for more
Tap
Take a Gander at You Are Here
“Decky Does a Bronco”: A Powerful Play Not to Be Missed