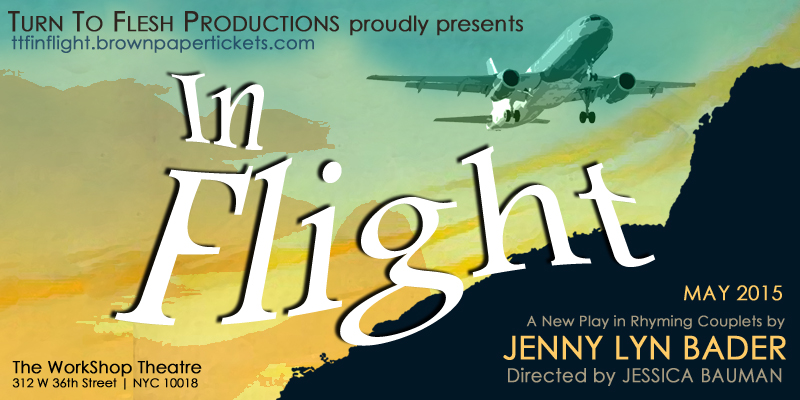 In Flight a Play Not to Miss

In Flight a Play Not to Miss 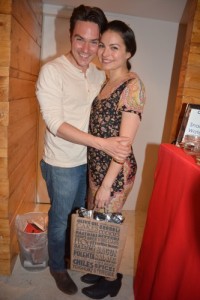 The new production of In Flight by Jenny Lyn Bader at first was like watching an adult version of Dr. Seuss. Then I realized the exquisite wording, which was more like a restoration comedy or Shakespeare. It was prolific and so clever going places you did not expect the rhyming couplets to go. The poetry makes the characters and their dilemma’s jump off into full throttle. 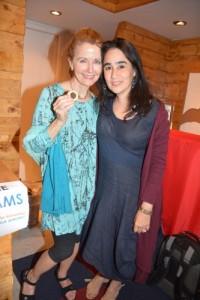 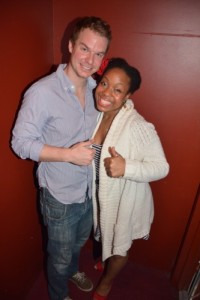 Taking place in the offices of Omega Traveler, an in-flight airline magazine, Marty (the winning Danielle O’Farrell) who has spent her life working at literary journals, has taken a corporate job. She has been given the task to hire two employees. Enter the gorgeous Andrew (Drew Ledbetter, a young Johnny Depp look a like) who has the same mindset as Marty along with chemistry. He’s a definite. Next to interview, is Page (Lynnette Freeman) an over qualified African American who can think on her feet and is not only book smart but also street smart. The hiring is done, until the owner Melanie (Ginger Grace) requests, demands, will leave it to Marty to hire her son Ted (the hysterical Jackson Thompson). Ted is a walking disaster whose claim to fame is writing lists. Needless to say it is Page who is not hired. Andrew not only captivates Marty but also the readers of the magazine as her editor and best friend Art (Rajesh Bose) points out. Marty is terrified of commitment and sends Andrew to a country that has a coop and a military uprising. Once that happens Marty leans what power she wields. Words can change the fate of a village, inspire potential passengers and even change the fortunes of a Fortune 500 company. Passions, values keep clashing with the values of the company. Can art and business ever be reconciled? This play explores those aspects. 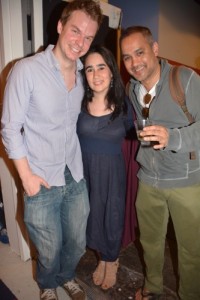 In the words of Jenny Lyn Bader

The plot soon thickens beyond whom to hire

As all that she believes in comes under fire:

A man appears who seems to share her dreams

As art and business each spin their own lies.

Suzanna BowlingJuly 1, 2022
Read More
Scroll for more
Tap
The Gentleman Caller Leaves His Mark on West Los Angeles
The Flick How the Movies Can Bore You to Death