In the Age of The MeToo Movement How is The Friars Club Still The Good Ol’ Boys Club? 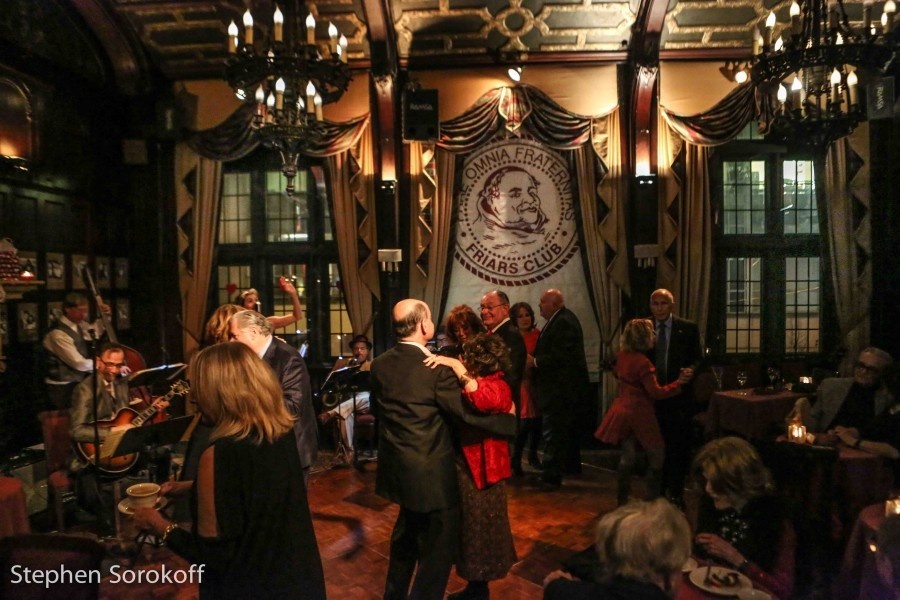 In the Age of The MeToo Movement How is The Friars Club Still The Good Ol’ Boys Club?

Rehanna Almestica a former receptionist charged that Bruce Charet a club officer (Vice President and Historian) of The Friars Club regularly made sexually explicit phone calls, sent pornographic photos and warned she’d be fired her after she complained. She did complained to Friars Executive Director Michael Gyure in 2014. He assured her he would “take care of it,” she was fired. In her suit she stated “[He] frequently touched me in an untoward and unwelcome manner, such as intentionally brushing his groin [against her].” He also asked for “the description of her panties” and said “he would give her designer shoes in exchange for oral sex.” Almestica originally wanted women’s rights lawyer Gloria Allred to represent her, but Allred declined. The reason… she is a member of The Friars. As a matter of fact Allred filed a complaint with New York City back in the 1980’s, because the club did not accept women. Ironically, Ms. Allred was the first woman Friar.

A settlement in that case was reached and the terms were part of a confidentiality agreement. Needless to say Ms. Almestica was appalled when Ms. Allred was given a roast at the The Friars late 2018 and received a $15,000 check for Women’s Equal Rights Legal Defense and Education Fund (WERLDEF) in which she is president. Also this 501 c 3 is registered to Allred. A statement from the club stated Ms. Allred “Is a strong advocate for women’s rights in the club and elsewhere.” Really?

What makes this check so interesting is that the club hadn’t filed a federal tax return since 2014. Net assets listed at the end of 2014 were $27, 142.00 and they were listed as having no assets. How did they afford this check?

I wrote on January 10th of this year that I personally have been told over the years of two accounts of women who worked or were members of The Friars Club. I have heard about the corruption of their executive director Michael Gyure and the disgusting way he threatened them, then fired them when they discovered his misappropriations. They were scared to report him because as they put it “The Friars was a good old boys club.” Women who ask questions at the general meetings have been put on suspension or kicked out. I know several people this happened to.

Shea Zephir, also a former Friars Club receptionist, penned an angry Facebook post about her own alleged sexual harassment by Charet. “The 365 days I worked at this place Bruce Charet was the head honcho of ‘THE CREEP SQUAD,’ ” wrote Zephir. “My first few weeks at this place was a jarring reality of racism, sexism and foolery that I will never forget.”

On Tuesday in Federal Court, it came out the Mr. Gyure failed to report $433,000 in compensation from 2012 – 2016. This included reimbursements and payments he used for personal expenses including wine, international travel for both himself and his family members, clothing and groceries. The Friar’s Club also forgave him of $160,000 in loans and the members were never told. In 2015, the club had to ask vendors to accept late or reduced payments. Mr. Gyure also failed to pay several hundred thousand dollars in state sales tax between 2015 – 2016, according to investigators.

Mr. Gyure has agreed to pay $156,920 to the Internal Revenue Service and could face a maximum of three years in prison.

Despite this, the “Good Ol’ Boys”, Gyure handpicked as his executive committee are still in charge. Two letters were sent one on January 8th and another March 6th to the club’s 1,000 members and they completely lie. The IRS is still investigating this case. See the underlined portion of the letter, as well as the 2nd to last paragraph. By the way the chef left because he was not getting paid, nor were his vendors. Sentencing is scheduled for April 22, 2019, at 2:45 p.m., before Judge Buchwald and there will be more!

Again questions led to harassment. When you are paying $4,235 for an annual membership, at least $450 on food, drink and entertainment per quarter, a monthly $300 tab for a “capital improvement fund” and a $100 monthly charge for something called “the Friars Benevolent Association, you should at least be able to freely ask questions.

By the way the reason Bruce Charet is still holding office. This is because he supposably brings in stars and produces the roasts and dinners, except that he hires outside companies to handle some of these roasts, but that is not mentioned to the members.

Also the club keeps claiming Stephen Weintraub is a theater producer, yet he is nowhere on IBDB. What he did produce was Love, Janis Off-Broadway, in 2001. Granted he could be grouped together as an investor, but normally your name shows up.

The Friars Club is located in a five story mock Tudor castle on East 55th Street and was the home to many comedians including George Burns, Milton Berle and Bob Hope, Alan King, Jerry Lewis and Freddie Roman.

Stephen SorokoffAugust 4, 2022
Read More
Scroll for more
Tap
My View: “Did I Offend Anybody”? Storm Large
My View: That’s What Friends Are For….Jamie deRoy & friends at Birdland