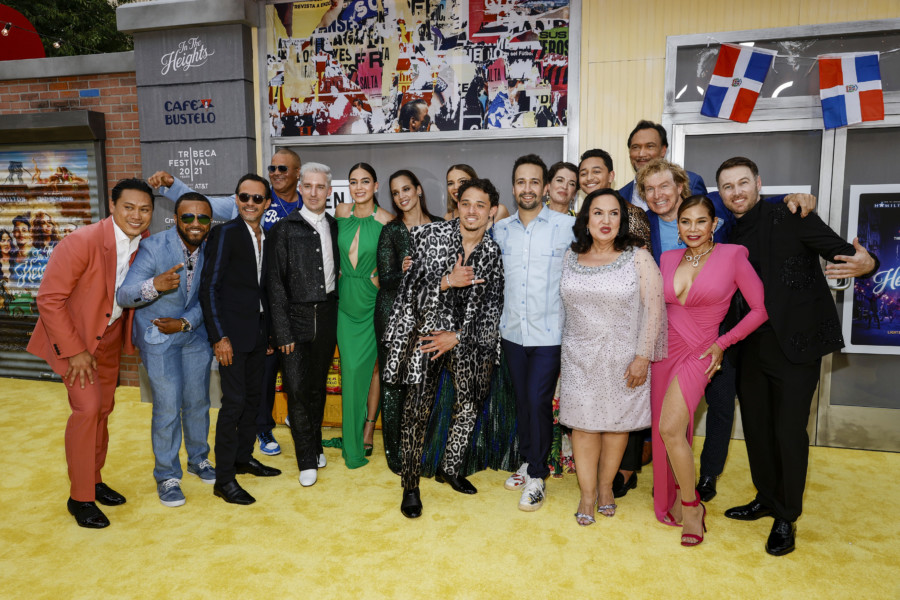 The 2021 Tribeca Festival made history by bringing back the full film festival experience to the world last night. All over New York City film fans gathered and cheered on the memorable moment.

“In the Heights” kicked off its 20th anniversary with the world premiere of Warner Bros. Pictures’ highly anticipated musical celebration.  The film fittingly premiered at the United Palace theater in Washington Heights with scenery from the film serving as the backdrop on the carpet. For the first time ever, the festival’s opening night was screened simultaneously across all five boroughs in multiple open-air venues.

Tribeca 2021 runs June 9-20 and is the first major North American film festival held in person since COVID-19. The 12-day live celebration is the culmination of NY PopsUp, the statewide revitalization initiative to bring back live entertainment and the arts to the community.