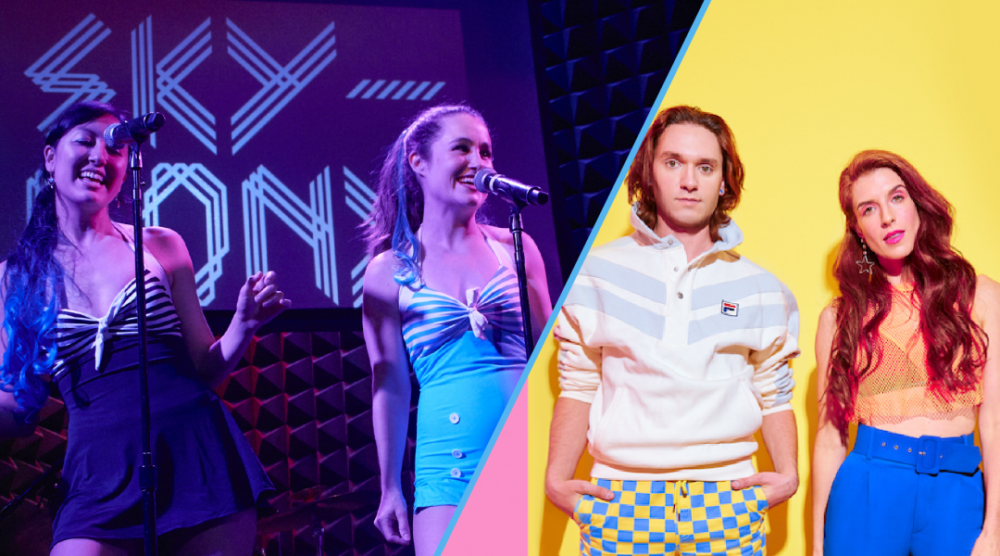 Broadway Buskers brings Broadway actors and composers to the Times Square pedestrian plazas to perform their own original music among the lights and energy of Times Square.

All concerts are FREE, open to the public, and for all ages and you need to arrive 30 minutes before the concert to secure a seat.

Performers for August 6th bring Starbird & the Phoenix – Courtney Bassett & Andrew Swackhamer (The Great Comet, Titanique, Jim Caruso’s Cast Party, Show & Tell). Powered by gutsy pop/rock vocals and ukulele extroversion, S&P have been lighting up stages across NYC since 2016. Highlights: Late Comet series at 54Below with the cast of Broadway’s The Great Comet, (le) poisson rouge with The Songwriter’s Orchestra, and the inaugural seasons of Broadway Buskers and Songs for Our City. New LP Starfire streaming NOW! www.starbirdandthephoenix.com