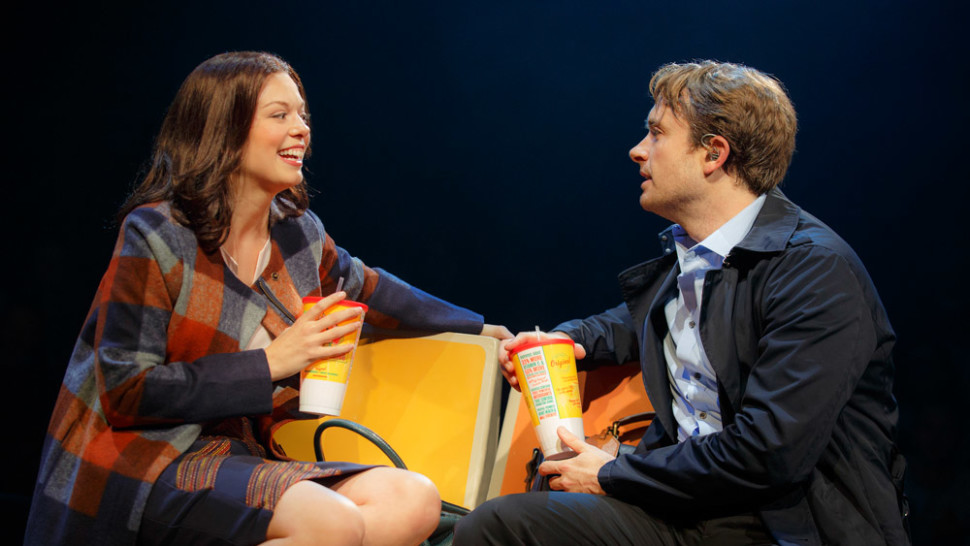 In Transit Where A cappella Becomes Monotonous

In Transit Where A cappella Becomes Monotonous 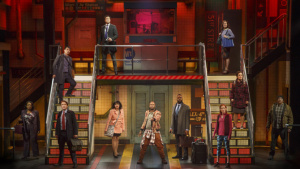 At first, while watching In Transit, you are struck by the pure awe of these amazing voices coming together to create a show strictly with voices in harmony. After two hours and forty minutes (no bathroom or stretching brakes), you are over the appeal. Part of the reason is the score by Kristen Anderson-Lopez (Frozen), James-Allen Ford, Russ Kaplan and Sara Wordsworth (book, music and lyrics). Only two of the songs really have any appeal or stand out and both are not even songs that make sense in context. “Getting There,” is sung by an aspiring actress (the fabulous Margo Seibert) who could not even make it to her high school reunion and “”Choosing Not To Know” is sung by an  engaged gay man (Justin Guarini), who can not tell his mother he is gay or getting married. 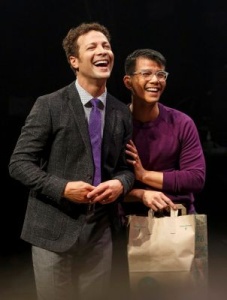 The plot almost all takes place on a New York City subway system, that is way too clean and pedestrian. The narrator Boxman (a talented B Boxer Chesney Snow, Steven “HeaveN” Cantor on alternate nights), is a subway musician whose philosophies, pays fares, boosters moral with a percussive beat. Enter the regular riders an aspiring actress (Ms. Seibert), a former Wall Street exec (James Snyder), a young woman (Erin Mackey) who life her life back home only to be dumped and an engaged gay couple (Mr. Guarini and Telly Leung). Nothing exciting happens and dreams are crushed, then expected to be turned into reality jobs. Such is the case when the actress gets the part and loses it to Pippa Middleton because the show needed a name. Her boss (the Gospel voiced Moya Angela) sings “A Little Friendly Advice,” telling her to let go of her dream and face reality. Right then and there the show turned me off. The plot is generic and in some ways the 2010 Off-Broadway production was better. In that version the mother had this fabulous song.

Thanks to “Pitch Perfect” and “Glee,” A cappella has had a resurgence, but in those productions up-tempo cleverly orchestrated popular songs were meshed together. In Transit, misses the mark musically with so many ballad, rap and songs that don’t stand out. The a cappella arranger Deke Sharon was the “vocal producer” on the  “Pitch Perfect” movies.

The cast is flawless vocally and what they do is commendable. I have to add kudos to David Abeles, Adam Bashian, Laurel Harris, Erin Mackey,  Gerianne Pere,  Arbender Robinson, Mariand Torres, Nicholas Ward and Aurelia Williams. who make up the rest of the amazing vocal perfection. Ms. Seibert, Mr. Guarini and Mr. Leung all stand out in the acting department. 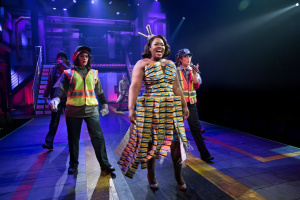 Director-choreographer Kathleen Marshall stages the show, so if you are not on the left side of the theatre you miss a lot of the actors faces. The set is cleverly designed by Donyale Werle. I’m sorry, I just can’t get into a show where the biggest number is about selling out. I believe in dreams, for without them we are Frozen.