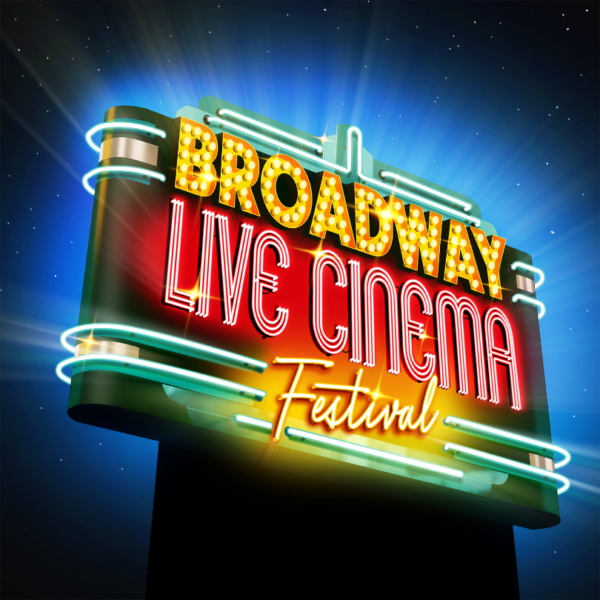 In celebration of the highly-anticipated re-opening of Broadway theaters this fall, the four-week 2021 festival runs from July 15 – August 8, and will feature the award-winning classic films Chicago, West Side Story, The Wizard of Oz, Little Shop of Horrors as well as the critically-acclaimed new release In The Heights.

Each film will be presented as an immersive theatrical experience with live in-cinema performances by Broadway talent. Following the film, audiences will be treated to exclusive access to the 4,500 sq-ft  outdoor afterparty at Feinstein’s/54 Below at the AMC Rooftop, where topline Broadway and Cabaret acts curated by Feinstein’s/54 Below perform exclusive sets celebrating the marquee films of the festival – all set against the majestic backdrop of the Times Square cityscape.

Tickets are now available for purchase from $29, at www.broadwaylivecinemafestival.com for the following 2021 festival feature films. Ticket buyers can choose the in-theater experience only, or a full package that includes post-show access to Feinstein’s/54 Below at the AMC Rooftop. Check the website for more details on specific screening dates and performance sets:

The in-cinema performance offerings of the inaugural festival will be directed by Tony Award nominee Kristin Hanggi (Rock of Ages, Bare) with musical direction by Tony Award winner Jason Michael Webb (Choir Boy). Kicking off the in-cinema entertainment for In the Heights screenings is R.Evolución Latina, an organization founded by In The Heights original cast member Luis Salgado, with a mission of utilizing the arts to empower the Latino community to discover their full potential through educational and collaborative programming. Additional confirmed in-cinema performers include Matt Wolpe, L Morgan Lee, Keely Beirne, Danyel Fulton, and Kim Exum, with more to be announced soon. Each auditorium performance features unique choreography by some of Broadway’s most exciting talent, including Sunny Hitt (The Tempest), Luis Salgado (On Your Feet!, In The Heights), Raja Feather Kelly (A Strange Loop), Josh Rhodes (Bright Star, Rodgers + Hammerstein’s Cinderella), and James Alonzo (Travis Scott, Cardi B).

Following this New York City launch, the Broadway Live Cinema Festival is set to expand, with recurring programming to run at multiple AMC Theaters across the nation.

Broadway Live Cinema Festival extends throughout the 4th floor of the AMC Empire 25 theater in Times Square (234 W 42nd St, NYC). Tickets ranging from $29-$129 are available for purchase at broadwaylivecinemafestival.com.  Please note that, in accordance with state mandates and CDC guidelines, masks are not required for fully vaccinated guests. Those who are not fully vaccinated must continue to wear a mask throughout the building, which may be temporarily removed while enjoying food and drinks. Please be mindful of the health and protection of yourself and fellow guests during your visit; by entering the building without wearing a mask, you are representing that you are fully vaccinated. If needed, masks will be available to purchase for just $1.