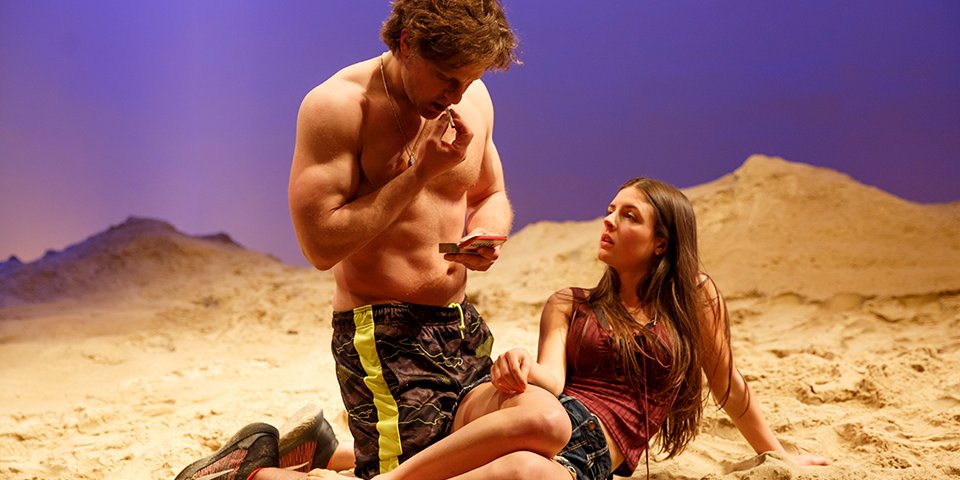 Indian Summer Where the past Should Stay The Past

Indian Summer Where the past Should Stay The Past 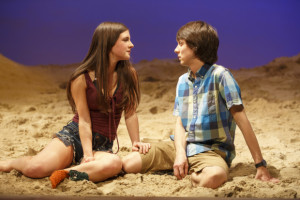 Memories of the past often get clouded, such is the case with Gregory S. Moss’ Indian Summer, the new play at Playwrights Horizons. Set on the sand dunes on the shore of Rhode Island, lanky 16-year-old Daniel (Owen Campbell), has been dumped on his grandfather’s George (Jonathan Hadary) doorstep, as his mother is getting her life together. None too thrilled at spending the summer at the seashore he meets local tough girl Izzy Rizzo (Elise Kibler). Their intial sparring turns into something more, but the older Izzy,( by a year) has a 27-year-old boyfriend, Jeremy (Joe Tippett) who wants to marry her. He is buff but Izzy, dreams of leaving Rhode Island. Nothing will ever come of this romance, Izzy will marry out of High School and this is a boring ride through puberty. As the action takes place George narrates the story. Mourning his dead wife, he speaks directly to the audience breaking that third wall, but why? We get this is about all the stages of love, but does that in itself make a watchable play? 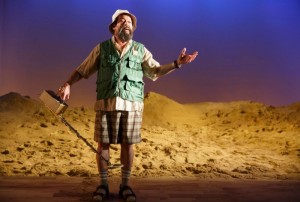 Campbell is blasé and we never really care about him. Ms. Kibler manages to layer her role, with no help from the playwright. Mr. Tippett is muscled to perfection and adds some of the most touching and real moments and Mr Hadary is witty and perfectly cast.

Carolyn Cantor’s direction makes this play move, but the story is lacking in any kind of depth that it is hard to hold our concentration.

The best thing about this play is the scenic design by Dane Laffrey who creates a sand dune out of nothing.

Summer lovin is only interesting when we are the ones involved or there is a point to all this nostalgia.