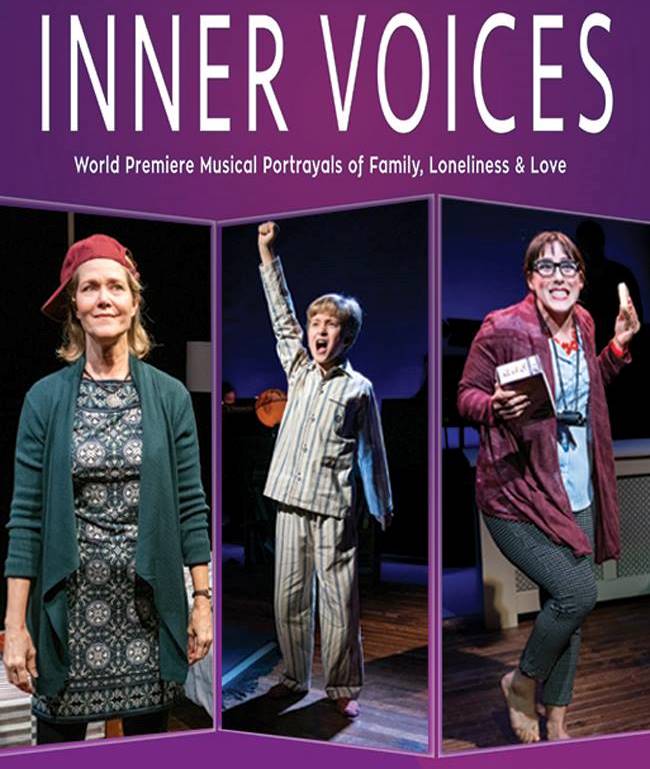 The 6th installment of Inner Voices, will again hauntingly touch your heart and take you to places that will absorb your soul and reach you in different ways. Choosing three teams of composer/lyricists, the teams create musical monologues that reveal hidden moments. This year’s theme, mothers, son’s and lonely women, has created three exceptional pieces. 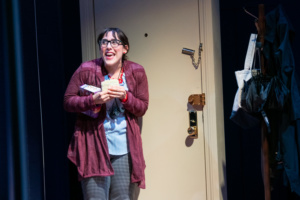 First up was the amazing Farah Alvin in Window Treatment. Through Deborah Zoe Laufer’s words and Daniel Green’s music, we meet a woman whose need for love has her obsessing over a neighbor, as she spies on him through her window. Though she has never met him, she knows his every move. Knowing this is crazy, she cannot stop herself from following him and stalking him with binoculars from the privacy of her apartment. In her mind, she is having a relationship with him and she stresses out when he changes his routine, imagining he is cheating on her, hurt, or dying. Though she is highly functional in her career, she is so in need of love that she has suffocated the relationships she has actually been in. Her emotions run the gamut from hysterical, calm, to agitated, frustrated, concerned, and to being rational.

Under the direction of Portia Krieger, Alvin steals our hearts with her neurosis, making this performance hysterically funny and yet so touchingly sad. Alvin’s vocals capture the melodic classical style of Green’s music with aplomb and you wonder why Ms. Alvin isn’t a household name on Broadway. The music direction by Paul Masse and Brandon Wong on vibraphone help make this show seem seamless. I look forward to hearing more pieces from this delightful team. 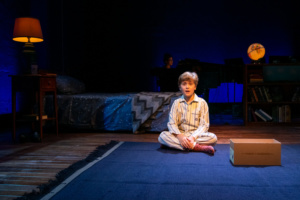 Finn Douglas in The Costume photo by Russ Roland

The Costume stole my heart and touched me in ways I hadn’t expected. Eleven-year-old Leo, played by the very vulnerable Finn Douglas, has been entrusted with a pigeon to care for on Halloween Eve, 1954. His neighbor and teacher, seeing the need for a healing in more ways than one, has given the young boy a hurt pigeon. The boy’s father has died in a war and his mother’s grief keeps her in and out of being able to care for her son. Through caring for the pigeon, we learn of how this child has dealt with the loneliness of being left, the pressures to belong, and how this bird brings back his innocence and faith in himself. In the end, he becomes the healed pigeon and flies free again. Daniel Zaitchik’s words and music is sensitive and creeps up on you. The music somehow allows you to experience this journey and then grabs you by your soul. Noah Himmelstein’s direction, with musical direction by Deborah Abramson, kept this piece on track and let us savor the awakening that ultimately brings hope. You will be amazed at how much Finn Douglas has accomplished in both learning this piece and keeping Leo so real. 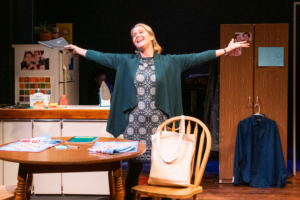 The last piece, Scaffolding, written and composed by Jeff Blumenkrantz, directed by Victoria Clark, stars Broadway vet Rebecca Luker. Here, a mother has a beloved child who has Asperger’s, but this is no longer a term that is used, so she is dealing with a child who is on the ASD spectrum. Her son’s only dream is to go to MIT, and by God, this single mother is going to make it happen. She has failed to tell him he has this disorder, hoping to spare him, but as the MIT interview approaches, she makes discussions that will affect both their lives. This well-meaning, over-protective parent has made mistakes, has regrets, and has done her best. Unfortunately, because of the circumstances, she may not get the chance to redeem them. This is a cautionary tale and I can see this piece being picked up by the Autism Spectrum Disorders teams and used to help parents.

The sets and props by Reid Thompson, lighting by Aaron Spivey, and costumes by Brooke Cohen Brown are all very simplistic but work well in each of the pieces.

This evening is presented by Premieres, led by Artistic Director Paulette Haupt and is something I look forward to attending every year, due to the caliber of work and the messages each show brings. This year, the pieces are long and could use some cutting, the performances first-rate, but each show will affect you. Inner Voicesproves musical theatre is alive and has the ability to transform. 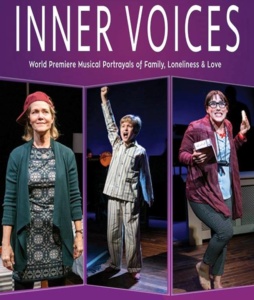