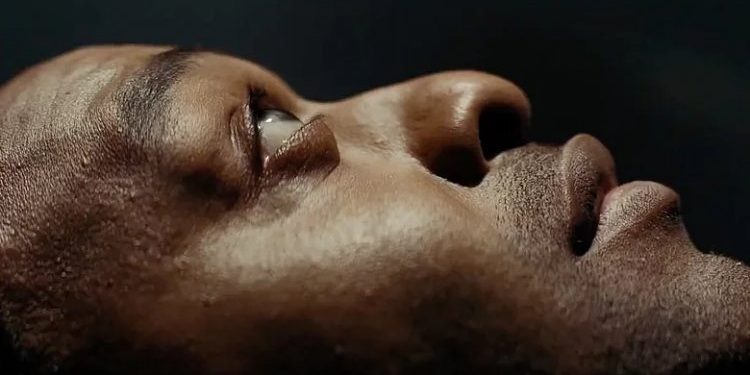 It was a night that was out of this world.

On April 19, the stars were out for the rather starry premiere of “The Man Who Fell to Earth.” Showtimes’ highly anticipated 10-part series, which airs this Sunday, brought together the cast and crew to the Manhattan’s Museum of Modern Art for an artful night of celebration

In “The Man Who Fell to Earth” an alien (Chiwetel Ejiofor) crashes deep into the oilfields of New Mexico with a mission: he must find the brilliant scientist Justin Falls (Naomie Harris), the one woman on earth who can help save his species. Even as he struggles to adapt to our world and to become more “human,” her faith in humanity couldn’t be lower. An unlikely duo, together they discover that in order to save his world, they must first save ours.

The music of Bowie inspires the project so deeply that each episode is named after one of his treasured songs even.

Speaking to the series’ composer, Jeff Russo, on the carpet opened up about the engaging topic of how much Bowie fans and music lovers will appreciate this new sci-fi show that stars Oscar nominees to newbie actors.

He was as thrilled to be able to honor the show at the premiere as much as executive producer, Alex Kurtzman, who said on the carpet, “Walter’s novel has been relevant for every generation since he wrote. And each generation I think, interprets it a little differently. And then you can go back to that film with him the novel and just see how relevant the big questions are. We are we are currently at a crossroads, striking a more acute crossroads and I pay has been in a long time. And you look around and you see a lot of reasons why it feels like we shouldn’t be despairing, but you don’t see a lot of reasons that give you hope and that remind you of why life is precious and why we be around.”

Going on he continued about the optimistic and enlightening show that will stand out in a world full of current despair and heartache, “And we really wanted to remind people that amazing human beings and what we’re capable of, and that the choices that we make now are going to define our future all of our future our children’s future, and an alien arriving on our planet looking at us through the lens of the ultimate outside and seeing kind of in such simple terms, what does and doesn’t work about human beings is a really compelling thing for right now because I think we all need reminding about what hope means.”

Be sure to check out “The Man Who Fell to Earth” April 24 on Showtime.