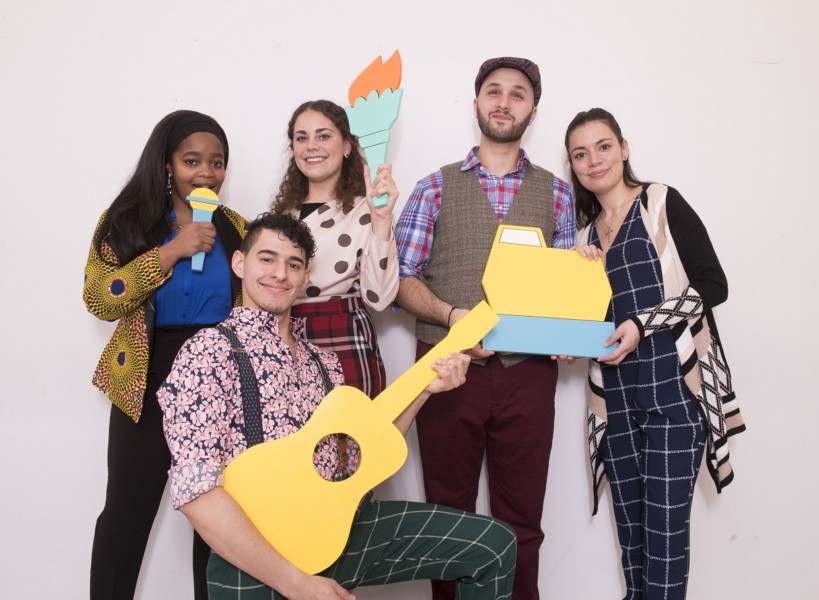 Inside Broadway Brings The Gershwins’ Real Magic To The Inner Boroughs

Inside Broadway Brings The Gershwins’ Real Magic To The Inner Boroughs 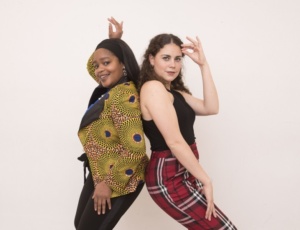 The Cast of ‘Gershwins’ Real Magic’

The tour began in The Bronx at P.S. 72X, leading NYC arts education nonprofit Inside Broadway (Executive Director, Michael Presser) begins its city-wide school tour of The Gershwins’ Real Magic, a new musical they developed with The Estate of George & Ira Gershwin and Tams-Witmark, a Concord Theatricals Company. The tour will play 90 performances over 10 weeks at over 50 New York City Public Schools in The Bronx, Brooklyn, Queens and Manhattan. Since 1982, Inside Broadway has impacted the lives of over 1 million New York City public school students with its one-of-a-kind theatre arts and education programs that enrich, educate and foster new generations of theatergoers.

In Gershwins’ Real Magic the timeless Gershwin standards are presented in new arrangements with a Latin touch to tell the story of a contemporary America – a more diverse America. George and Ira Gershwin did more than just write songs – they composed the story of an entire country. Their ability to dramatize both popular and classic narratives, as well as their strong presence in television and cinema, made the Gershwin body of work a compelling representation of the American Life. This witty and humorous new one-act musical developed by Inside Broadway adds new dimension to the Gershwins’ enduring classics by transposing them to the world of young Americans in the present day. Through themes that range from immigration to gentrification, its message couldn’t be timelier (or more Gershwin!): only love will save the day and it is here to stay.

Songs include Strike Up the Band, I Got Rhythm, Shall We Dance, S’Wonderful, Let’s Call The Whole Thing Off, and Someone to Watch Over Me. Written & Directed by Rodrigo Nogueira, the production features Musical Staging by Tommy Bracco, Musical Direction & Arrangements by Jaime Lozano, Set Design by Carl Tallent, and Costume Design by Jess Gersz. Brendan J. O’Brien is Production Stage Manager and Nicholas Sala is Associate Producer. The cast features Amanda Camille, Justine Goggin, Ilene Pabon, John-Alexander Sakeos, and Abi Santiago Cruz.

Inside Broadway, established by Michael Presser in 1982 in cooperation with The Shubert Organization, today reaches over 70,000 New York City students in over 100 public schools each year. Their programs include an annual Equity musical production that tours to schools as well as a wide range of educational programs that allow participants to interact with professionals in the field and experience theatre hands-on in the classroom. For more information please visit www.InsideBroadway.org.