Inside Broadway Raises Money To Send Kids To Broadway Camp

Inside Broadway Raises Money To Send Kids To Broadway Camp 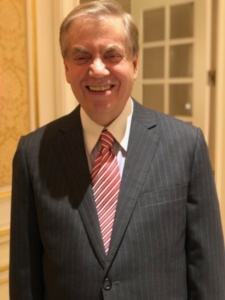 Since 1982, Inside Broadway has impacted the lives of nearly one million New York City public school students with its one-of-a-kind theatre arts and education programs that enrich, educate, and foster new generations of theatergoers and the Broadway Beacon Awards are presented to individuals in the theatre community who have been advocates for increasing audiences for live theatre & understanding the importance of Arts & Education in the lives of New York City’s young people. The evening begins at 5:30pm with a Cocktail Hour, followed by the Awards Presentation which will include special performances from Beautiful – The Carole King Musical as well as students from P.S. 97 in Brooklyn who participate with Inside Broadway‘s school programs. The first Broadway Beacon Award was given to Carol Channing in 1995. 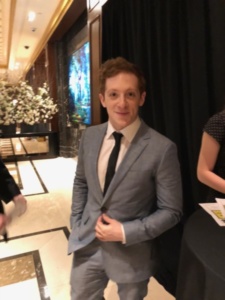 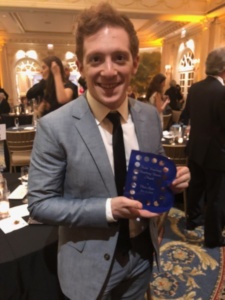 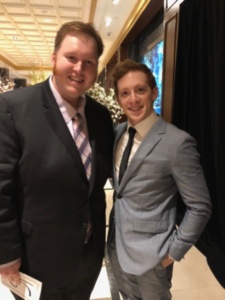 Ethan was given his award by castmate Danny Skinner 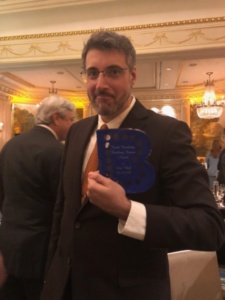 Orin Wolf is the lead producer of the Tony-nominated hit Broadway musical, The Band’s Visit, and president of NETworks Theatrical Presentations. Broadway producing credits also include Fiddler on the Roof(Tony Nom.), Beautiful – The Carole King Musical (Tony Nom.), Orphans (Tony Nom.), Once (Tony Award Winner), A View From the Bridge (Tony Nom.). Orin is the co-founder of Off Broadway Booking which pioneered a national touring market for Off-Broadway shows. He’s a graduate of the Commercial Theater Institute & was awarded the T-Fellowship for Creative Producing at Columbia in conjunction with Hal Prince, he is now the Director. 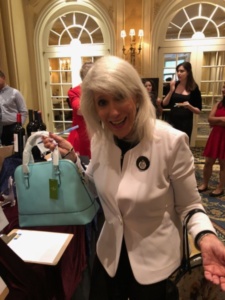 Jamie deRoy with one of the auction items

Inside Broadway, established by Michael Presser in 1982 in cooperation with The Shubert Organization, today reaches over 70,000 New York City students in over 100 public schools each year. Their programs include an annual Equity musical production that tours to schools as well as a wide range of educational programs that allow participants to interact with professionals in the field and experience theatre hands-on in the classroom. For more information on Inside Broadway, please visit www.InsideBroadway.org. Programs of Inside Broadway are funded by the NYC Department of Cultural Affairs, New York City Council, New York City Department of Education, and numerous foundations and individuals. 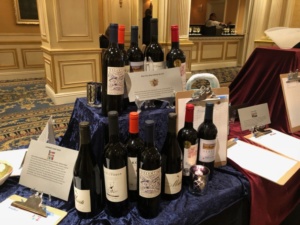 Many items were donated and auctioned off, for the kids. 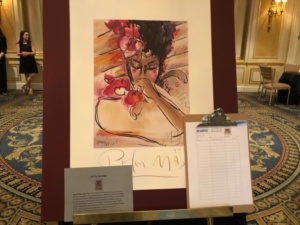 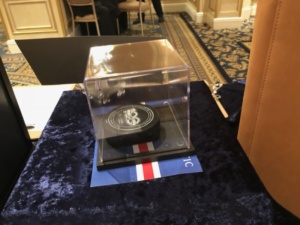 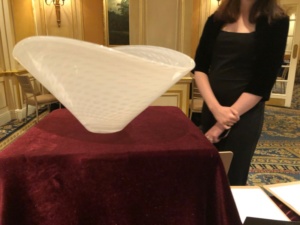 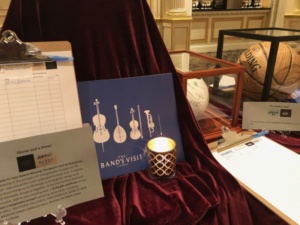 Tickets to The Band’s Visit and more.