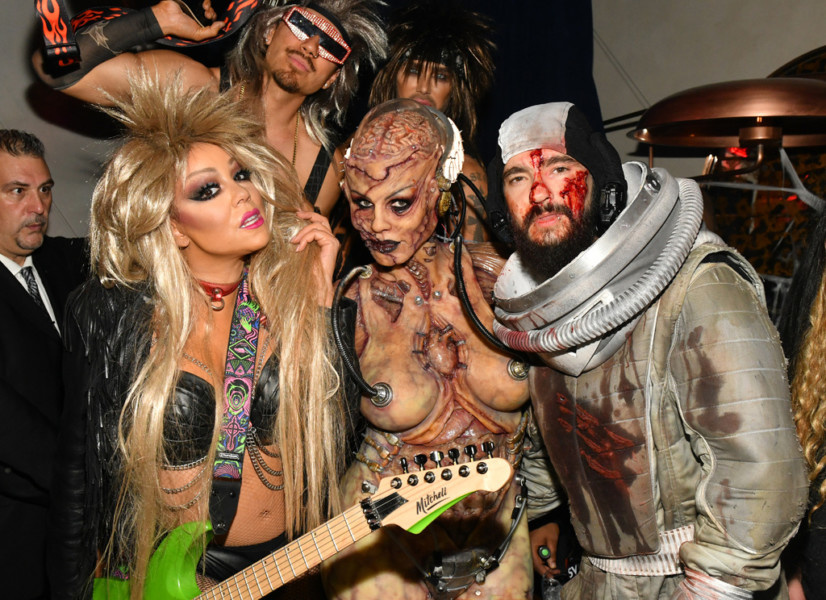 Heidi Klum’s 20th Annual Halloween party just wrapped, and now you can be inside the most famous Halloween Party in NYC.

On October 31st, The Queen of Halloween, Heidi Klum, hosted her 20th annual Halloween party at Cathédrale, the newest hot spot at the Moxy East Village. Klum, dressed as menacing alien, arrived with husband Tom Kaulitz, who was dressed as a zombie astronaut.

The venue was transformed into a haunted insane asylum. Partygoers danced to the DJ set by Questlove while enjoying signature cocktails by SVEDKA Vodka including a “Till Death Do Us Party” poison bottle, a “Just My Blood Type” blood bag, and a spooky “Unmask Your Own Spirit” cocktail. During the party, Klum was surprised by a cake recreating her 20 past Halloween looks to celebrate the party’s major anniversary. She then spent the evening dancing with other notable attendees such as Mariah Carey, Jonathan Van Ness and Maluma.