On January 20 the Tony-winning Best Musical Kinky Boots marked its 2,000th Broadway performance. From BroadwayCon the Kinky Boots Panel. Jake Shears, lead singer of the glam pop group Scissor Sisters made his Broadway debut as Charlie in Kinky Boots. Shears and cast members Kyle Post, Kevin Smith Kirkwood, Joey Taranto, and Charlie Sutton (who have been with the show since it opened almost five years ago) discussed what Kinky Boots means to them and how the experience of performing each night changes over time. Learn how experiences in the long-running show differ and how they are the same. 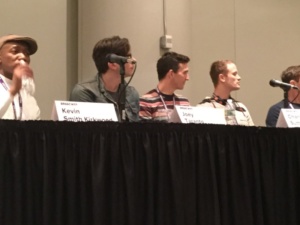 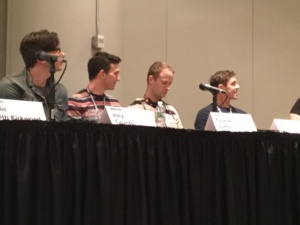