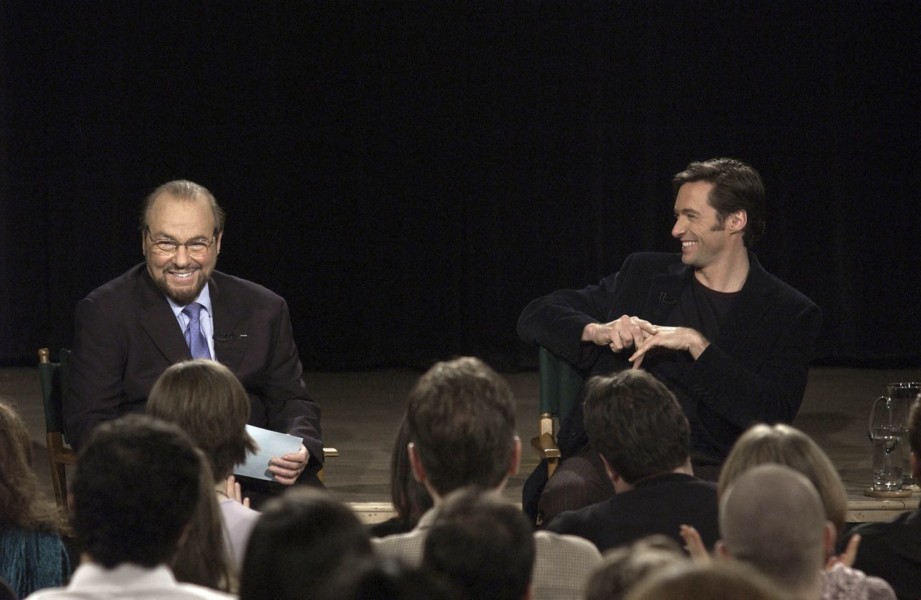 James Lipton interviews Hugh Jackman on “Inside the Actors Studio” in 2004. Curtsey from BRAVO

His first guests were Alec Baldwin and Paul Newman. James Lipton, was a  writer, lyricist, actor, and deanemeritus of the Actors Studio Drama School at Pace University. He was the executive producer, writer, and host of the Bravo cable television series Inside the Actors Studio, which debuted in 1994. He retired from the show in 2018. The longtime host received 20 Emmy nominations for that Bravo program and finally won the award in 2013.

In 1951, he appeared in the Broadway play The Autumn Garden by Lillian Hellman. He portrayed a shipping clerk turned gang member in Joseph Strick’s 1953 film, The Big Break. He was the librettist and lyricist for the short-lived 1967 Broadway musical Sherry!, based on the Moss Hart and George S. Kaufman play The Man Who Came to Dinner, with music by his childhood friend Laurence Rosenthal. The score and orchestrations were lost for over 30 years, and the original cast was never recorded. In 2003, a studio cast recording (with Nathan Lane, Bernadette Peters, Carol Burnett, Tommy Tune, Mike Myers and others) renewed interest in the show.

In 1983, Lipton published his novel, Mirrors, about dancers’ lives and produced it as a made-for-television movie. Lipton produced some two dozen specials including: twelve Bob Hope Birthday Specials for which he was nominated in 1988 for an original song on one of those shows.

In 2004, 2005, 2013, and 2019, Lipton appeared on several episodes of Arrested Development and provided the voice for the Director in the Disney animation film Bolt.

In September 2018, Lipton declared that he was stepping down from the program after more than 24 years.

Lipton died at his Manhattan home Monday from bladder cancer.