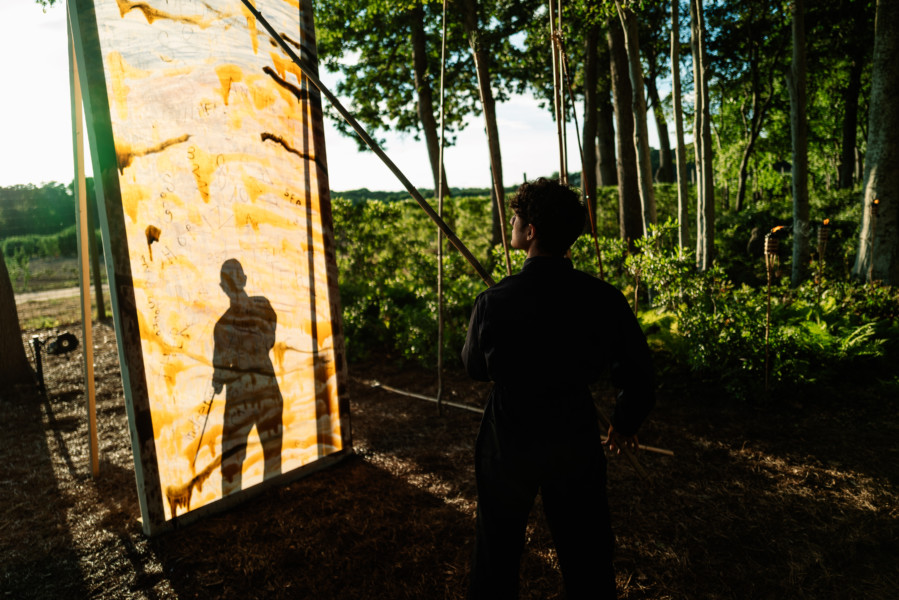 On July 30, a brilliant achievement in the art world took place in the Hamptons. 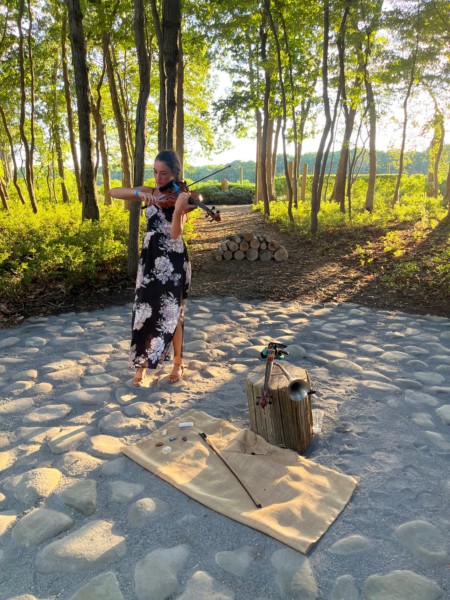 The Watermill Center, an interdisciplinary laboratory for the arts and humanities located in Water Mill, presented the awe-inspiring STAND during the starry 30th anniversary Summer Benefit. 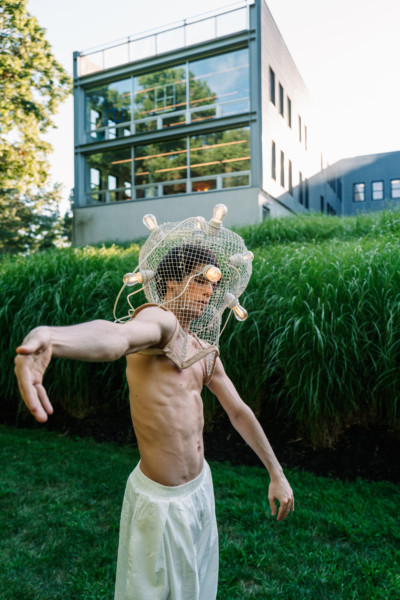 Performances and installations took guests minds to an elevated level of enchantment as they escaped into the night that raised funds in support of The Center’s year-round programming. Curated by Noah Khoshbin and highlighting the work of The Watermill Center’s international community, the 2022 benefit and concurrent exhibitions uniquely captured the spirit of The Watermill Center’s 30 year artistic mission. 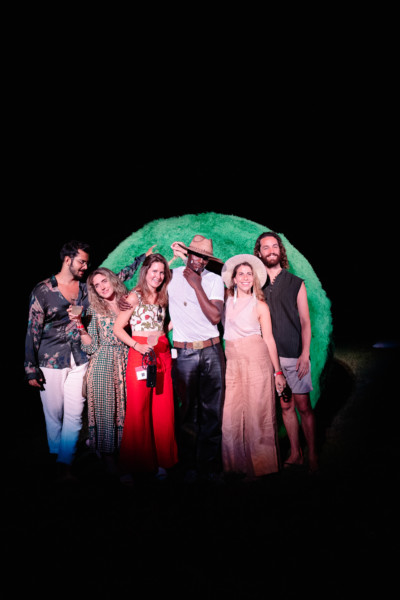 Various exhibits were on display during the night. STAND included Adam Parker Smith’s outdoor Sarcophagi sculpture series, as well as eight cast bronze sculptures produced by artist Liz Glynn, based on Auguste Rodin’s structures from her project, The Myth of Singularity. 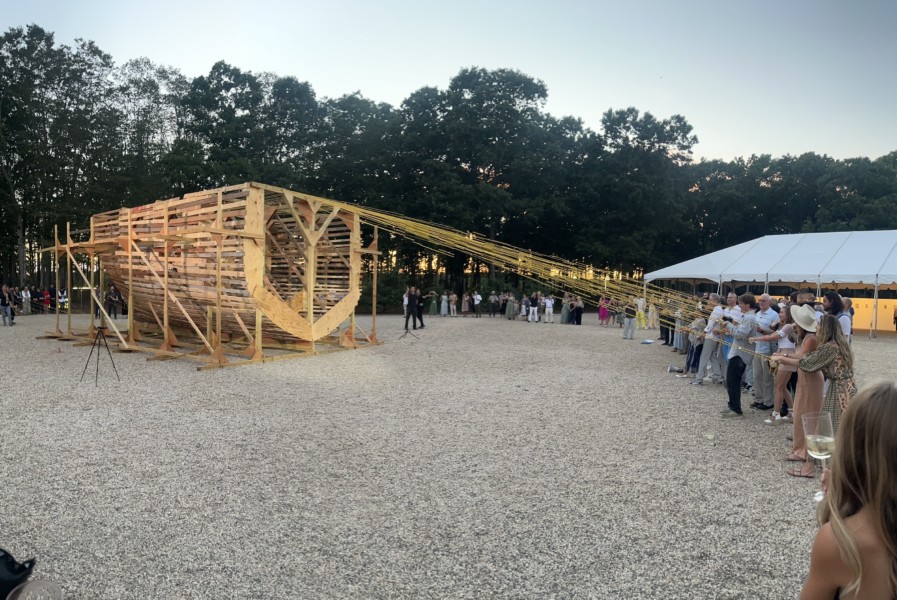 The centerpiece was Japanese artist Tsubasa Kato evolving participatory installation/action Pull and Raise. Kato’s that showcases participatory actions with an audience to highlight the current need for global action and solidarity. The energy and level of determination by the crowd to make the installation a full success by erecting the piece fully upright was a sight to see. The powerful and positive group energy was felt all throughout the Hamptons. 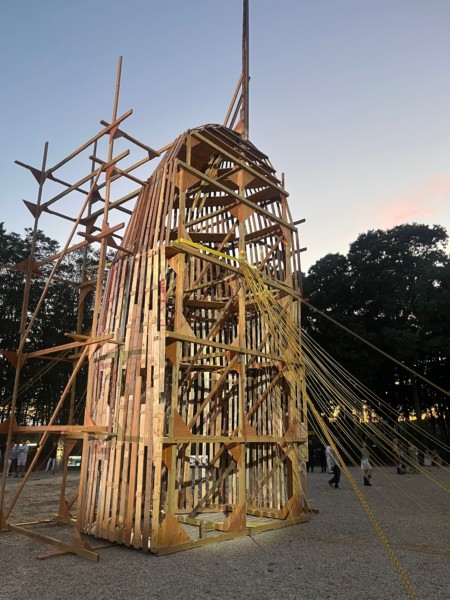