Cabaret is the most personal of musical performing formats.  It combines song, story telling, poetry on occasion, and most of all, the artist’s personal point of view, to create an evening of entertainment noted especially for the intimate relationship it creates between the performer and his or her audience. 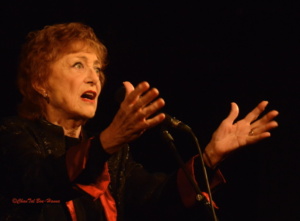 If you want tell your story in song like a pro, and learn from the best in the business, or just see how it’s done, there’s no better or more exciting way to do so than to attend the 2018 Chicago Paris Cabaret conference, which will be held October 28  through November 4 in Chicago. 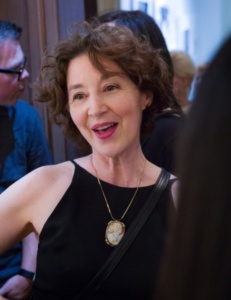 The art of cabaret performing has flourished since it began in Paris in the 1880’s, during the time we call the Belle Epoque.  The Cabaret Connexionand its first Chicago conference are the brainchild of Chicago-based cabaret performer and Francophile Claudia Hommel.  Born in Paris to American parents, Ms. Hommel has been working hard to connect the world of cabaret in Chicago and its sister city, Paris, ever since she instigated the founding of the Chicago Cabaret Professionals in 1997. 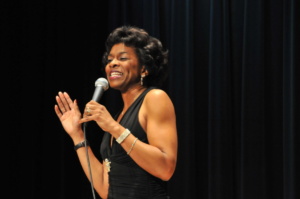 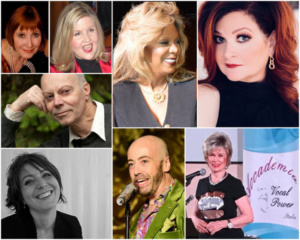 Three years ago, Ms. Hommel was approached by Broadway favorite actress, singer and comedienne, Faith Prince, about organizing a cabaret conference with teaching opportunities in France.  To her surprise, Ms. Hommel couldn’t find any such cabaret workshop there.  In addition, she learned that the French Ministry of Culture does not support the cabaret world and its artists financially. So the nineteen French artists who are coming to participate are largely doing so at their own expense, with the help of substantial fundraising efforts by Ms. Hommel’s Chicago organization.

The truth is, in today’s world, very few can earn their living from cabaret alone.  But professional in this sense means committed, hard working, and trained performers, who give the best possible experience to their audience.   Ms. Hommel and her team are dedicated to elevating the craft, and the public profile, of professional cabaret performance.

During the day, over forty singers will participate in workshops  and master classes led by some of the best cabaret talent and teachers in America, France and the UK.  New York will be represented by Ms. Prince, along with top music director Alex Rybek. Chicago educators include theater director Dale Calandra, music director and composer Elizabeth Doyle, singer/songwriter Megon McDonough, burlesque director Kyle Hustedt, vocalist and teacher Dr. Greta Pope from the Chicago High School for the Arts, comedy writer and performer Carla Gordon, and jazz singing legend Spider Saloff.  Nationally recognized theater vocal coach Elizabeth Howard will teach her Vocal Power technique. Cabaret coach Paul L Martin is coming from London to share his insight.  Paris will be represented by Christian Pages, founder and director of the former Ecole du Spectacle, performer Clotilde Rullaud, and other special guest performers from France.

The Cabaret Connexion will also host nightly performance events open to the public, including many of Chicago’s top accompanists and performers, too numerous to list here.  Faith Prince will kick off the five concerts with Wilkommen, Bienvenue, Welcomeon Tuesday, October 30 at Chicago’s Stage 773.  French performers  Clotilde Rullaud, the musical clown Clovis le Musicopathe, Jean-Claude Orfali, Mylène Launay, Michèle Barbier, Patrick Pernet, and Christian Pagès will present World Music Wednesday:  Costumes, Clowns and Maskson October 31 at the Old Town School of Folk Music.  Thursday, November 1, will feature Michèle Barbier who served as Josephine Baker’s secretary at a reception and performance, Paris Noir,celebrating the influence of Josephine Baker and Black culture in Paris hosted by the Alliance Française.  Friday, November 2, Elizabeth Doyle will lead the Songwriters Connexion,a dinner show of songwriters in cabaret  at Wishbone North restaurant.  Finally, Sunday November 4, the master class participants will strut their stuff and show what they have learned in the Showcase Finaleat the Depaul Univesrity School of Music.

There is still room for the general public and interested performers to come to the evening concerts, to audit the various workshops, and to attend the roundtable discussions, film screenings, and Razzle-Dazzles(multimedia & song history presentations).The art of cabaret, even more than storefront theater, is feeling the pressure of gentrification and rising rents in the city. Many small clubs where cabaret acts once lent intimate entertainment and local color to Chicago’s Gold Coast,  New York’s West Village, or Paris’s Montmartre and Montparnasse districts, are mostly gone today; although, Ms. Hommel notes, cabaret in England is doing surprisingly well.

In the business portion of the conference, presenters will discuss how to insure the future of the art form in the face of such economic pressure.  As Ms. Hommel notes, “Cabaret is like the canary in the coal mine. When it suffers, we know the environment itself is at risk.”  Fortunately, a handful of clubs featuring cabaret in our major cities are thriving, including Davenport’s in Chicago, Don’t Tell Mama’s in New York City, and Le Lapin Agile in Paris.  However, she adds, “we must continue to expand the kind of venues where cabaret artists can present, whether that means performing in libraries, or  theater spaces on their off nights, or even just apartments of individual patrons who can host performance events.   She concludes, “We have a need to be up close and personal.  That unique connection between performer and audience is the particular magic and appeal of cabaret.”

This promises to be an unforgettable week of that special connection for all involved. If you are in the Chicago area, don’t miss it.  If you’re outside of the Chicago area…don’t miss it either!  For all the details of the conference, visit their website at www.Cabaretconnexion.org. Alors, allons-y tout le monde a Chicago,  for the Chicago Paris Cabaret Connexion 2018.  Chanter, écouter, et célébrer!